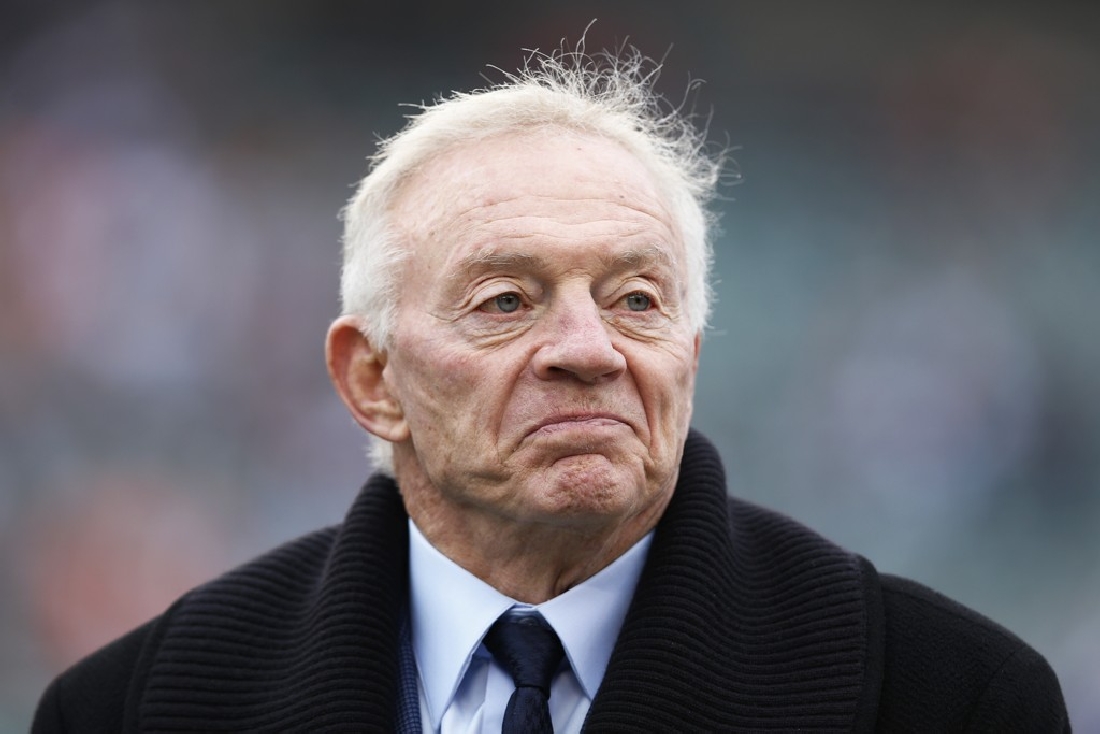 Now that the draft is behind us – though some Cowboy fans still aren’t letting go of that first round trade down – and most teams will likely hold off on signing a free agent until after the June 1 cut date, the Cowboys roster is starting to take shape. It’s way too early to predict who will be on the 53-man roster, but I’m going to do it anyway.

Of course injuries, un-drafted free agents (UDFA), and trades will change things a little. And the front office will almost certainly try and fill out the roster after the aforementioned June 1 cut date – if a team cuts a veteran player after June 1, the remaining signing bonus can be paid out over two years rather than just hitting the current year’s salary cap. But there won’t be much in the way of Cowboys news to discuss for a while, so just think of this as more an exercise in blindly throwing darts at the board, hoping a few hit the bull’s eye.

Tony Romo: Stop whining about Romo. He’s not elite and he can lose a game just as easily as he can win one, but he’s made people forget the days of Clint Stoerner, Quincy Carter, and Chad Hutchinson.

Kyle Orton: Steady as they come for a backup. He probably listens to the Dave Matthews Band and wears crocks.

DeMarco Murray: If he can stay healthy, he’s a beast. The ‘Boys’ running game was the second worst in the NFL last year (79.1 ypg), but it was dramatically better when Murray had two functional knees. I just hope he can avoid becoming addicted to pain meds.

Joseph Randle: He was a great pick in the fifth round and has a lot of the same skill set as Murray. He’s also a great insurance policy if Murray goes down again.

Kendial Lawrence: The UDFA is faster than incumbent Lance Dunbar, and can be an effective change of pace back. He can also return punts, although the Cowboys have a glut of players who can do that.

I don’t think the team will carry a fullback, so sorry Lawrence Vickers. You’ll have to go whiff on blocks in another town.

Witten: The future hall-of-famer played through a ruptured spleen. As someone who has called in sick with bad allergies, I can’t imagine being that tough.

Gavin Escobar: The team used a second round pick on this fella. He’s no Witten, but he’ll provide Romo with a big target in the middle of the field and in the red zone.

BJ Stewart: He’s more of an offensive lineman than a pass-catcher, but he’ll have an impact of special teams and short yardage situations.

Dez Bryant: He came into his own last year after deleting Deion Sanders name from his phone. He’s a beast.

Miles “Abs” Austin: If he can ever stay on the field, he’s a reliable second receiver who is dangerous with the ball in his hand.

Terrance Williams: The most productive pass-catcher in all of college football last year was a steal in the third round. He can move Austin into the slot on passing downs, and really stretch the field. Cowboy fans will learn his name quickly.

Dwayne Harris: The former sixth round pick came on at the end of last year. He still needs a haircut.

Danny Coale: He was hurt last year, but the ‘Boys liked him enough to spend a fifth round pick on him, so they’ll be reluctant to cut him

Cole Beasley: The Cowboys like receivers named Cole. He’s also a reliable target, who won’t wow anyone with his athleticism. But he’s got great hands.

Tyron Smith: He’s the only proven player in this group. If he gets hurt, Tony Romo will almost certainly be wearing d-linemen like Mr. T does gold chains.

Doug Free or a TBA free agent: Though keeping stats on offensive linemen is a relatively new trick for those of us who don’t make a living as scouts or front office types, the folks at Pro Football Focus do it better than anyone. Their experts graded Doug Free as the worst offensive lineman in the league last year. And as someone who watched every game last season, I have a tough time disagreeing.

The front office has asked him to take a pay cut this year and so far he hasn’t responded. If he refuses, my guess is the team will cut him and eat the almost $10 million cap hit (spread out over two years after June 1, and try to sign someone else. His contract is one of the worst in pro sports, and Jerry Jones deserves all of the ridicule he gets for offering it to him.

Jeremy Parnell: He was a’ight in limited time rotating with Free. I don’t think the team views him as a long-term answer to the position.

Travis Frederick: He was a controversial choice in the first round, but he should be a “plug-and-play” guy, who has a chance to start right away. He’s an upgrade at a position where the team badly needed one.

Phil Costa: The coaching staff raves about this guy, so he’ll keep getting chances. Maybe they just think he looks like a cute little turtle struggling to get up when he’s knocked on his ass time and time again.

Mackenzy Bernadeau: He sucked ass last year, but he was hurt a lot. I can’t wait until he’s not a Cowboy anymore.

Ronald Leary: If you believe Jerry Jones, the front office had Leary graded as a third rounder last year, but didn’t pick him because of his injury history. They signed him as a UDFA, and he may offer the best hope to take Livings/Arkin spot on the roster (fingers crossed).

Ryan Cook: Meh. He started seven games last year and wasn’t as bad as Livings. But that’s like being the second ugliest girl at the party.

Kevin Kowalski: “Killer” Kowalski impressed in training camp last year and made the team. Then he immediately got hurt. Maybe he can recapture some of last year’s mojo, while leaving the injury bug behind.

So that’s my best guess. I’ll do defense on Wednesday, unless one of my editors reminds me that it’s a pointless exercise.