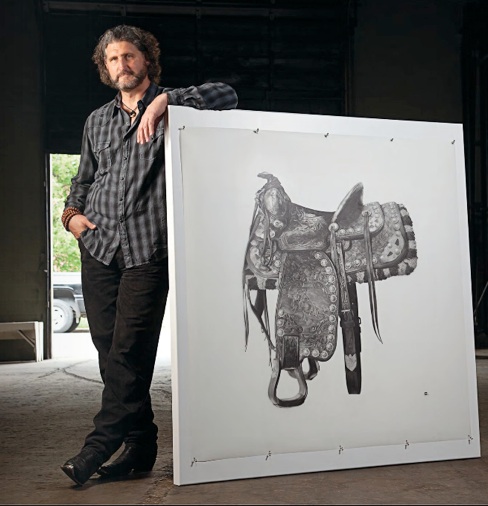 Native Fort Worthian and TCU alum Marshall Harris’ “Round Up: B.F. Smith & Son Saddlery Circa 1940-1942,” a life-size photorealist graphite drawing, was chosen by judges from Texas, Tennessee, and Delaware from more than 1,600 entries as the winner of the 33rd Hunting Art Prize, a $50,000 award given annually to a Texas artist. Sponsored by the titular global oil services company, the prize was based in the United Kingdom until 2006 and is the largest award of its kind in North America for painting and drawing. Harris is the first Fort Worthian to win the award.

Harris, who earned his MFA from the University of the Arts in Philadelphia, has exhibited throughout Texas and across the country, and his work is currently on view at Mary Tomás Gallery in Dallas and the Sylvia White Gallery in Ventura, California. The last time Harris exhibited locally was during last spring’s Arts Goggle, a bi-annual art walk on the Near Southside. His Of Carcass and Carrion marked his first Fort Worth exhibit since returning from the North East.