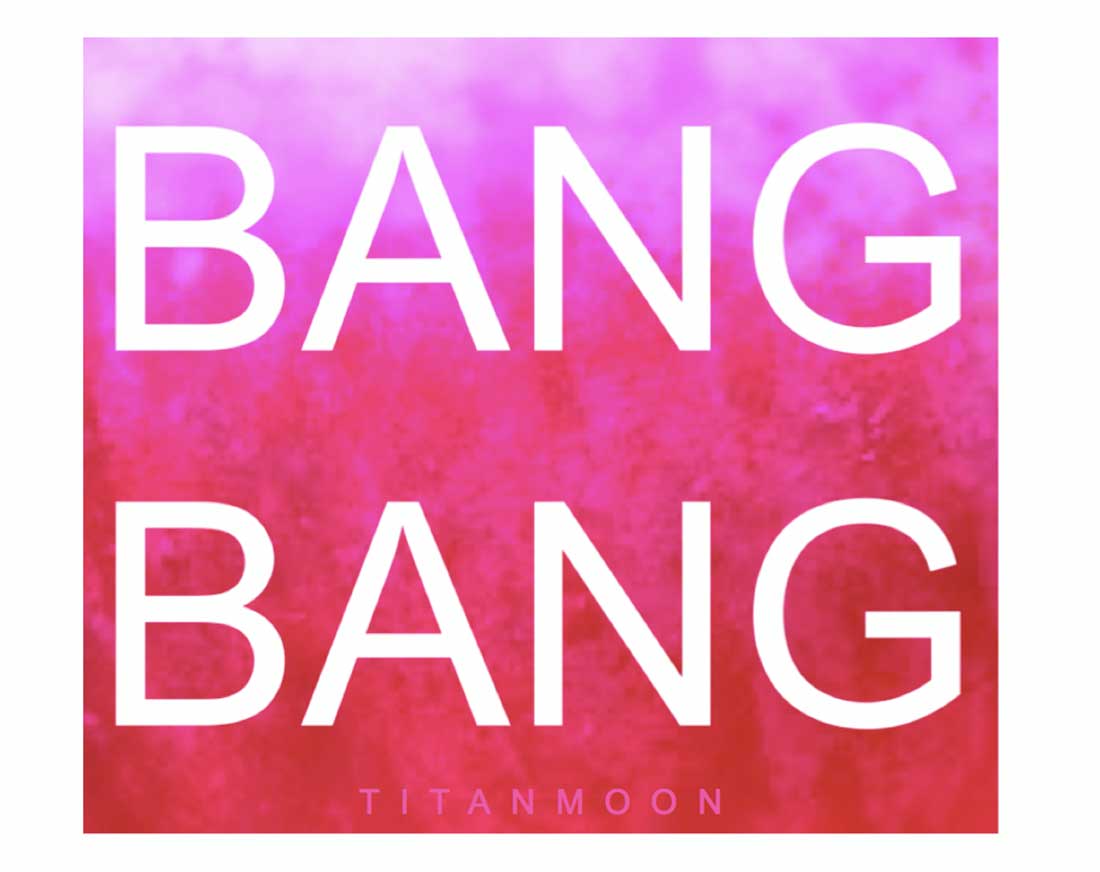 Titanmoon doesn’t do anything small. After a three-year hiatus, the Fort Worth synth-rock quartet has returned not just with a new album, Bang Bang, but also with a feature-length documentary about the making of that long-player (the flick’s called Churches, Salons and Bars). And the guys also have kicked off a tour, though don’t go looking for them at Lola’s or The Grotto –– they’re in Europe.

The notable (and welcome) difference on Bang Bang is a tightening and streamlining of the band’s tendency to sail off into grand but distracting synth-orchestral noodlings. The first song, “Words (Part 1),” playfully alludes to that –– it opens with a billowing cloud of keyboards and multi-tracked vocals that abruptly gives way to tight, squirrelly bass and galloping drums as Casey playfully declares, “I will say I’m sorry if I need to / I will use the words you want me to.” The charming “I Have a Crush on Hayley Mills” is Titanmoon’s space-rock version of ’60s bubblegum pop, as one robotically strummed electric guitar provides the rhythmic backbone. That guitar rhythm turns acoustic on the lovely and lavish “Sally Tomato,” an ode to the mixed and impure motives behind musical creativity. The sunny “If the Girls Knew” features a maddeningly memorable melody picked out on guitar and a bass line that bounces like a rubber ball. “Lost My Way” includes a chorus of Casey’s background vocals crying out in frustration, only to be soothed by lush keyboard notes. “Dia Dos Navidados” is easily the noisiest sonic assault on the album, with stuttering metal-y guitars interwoven with snippets of a Mexican folk melody.

On the surface, talking about an album by a defunct band may seem weird, but defunct bands probably account for 75 percent of music sales every year, so why the hell not? And while the world does not need another story on The Beatles, Zeppelin, or the Stones, everyone with even a passing interest in underground rock ’n’ roll should know about Tame … Tame and Quiet.

Fronted by sweet, brilliant weirdo Aaron Bartz, the Fort Worth indie-rock quartet was the hottest band in town for a minute back in the day (circa 2007), not necessarily because their shows drew so well –– they did OK –– but because Bartz and company had Denton connections and consequently got a lot of good press from both Little and Big D. Basically, every other knotty, proggy, angular indie-rock band in town wanted to play with them.

But TT&Q’s reign was shortlived. The band started out as a trio –– two guitarists and one drummer –– but added a bassist and then loved that bassist so much they couldn’t go on without him after he reluctantly left. But before Pat Ferguson decamped in 2009 to fight in Afghanistan (he has since returned home safely), he had pitched in on Fight in Words, the band’s sophomore album, the follow-up to 2007’s Tin Can Communicate. The band –– Bartz, Ferguson, guitarist Darren Miller, and drummer Boyd Dixon (with input from Thomas Horton) –– finished recording in December 2010 in multiple home studios and released the album last January. No one noticed. (Well, almost no one.)

Is the record as groundbreaking as Tin Can? Not really, but it does have that larger-than-life quality you often get from truly inspired music, music that sounds as if it’s coming at you from all four corners of the globe at once, music that’s edgy but also accessible, music that only badasses can pull off.

No telling which national underground band made finger-tapping, pulling off, and harmonics cool, but TT&Q’s Bartz and Miller were the first guitarists locally to employ the style. And they’re great together, slipping and sliding along their fretboards, plucking and tapping out bubbling riffs, harmonizing with and providing counterpoints to each other. The duo also cut a unique profile onstage: Bartz is tall and athletic-looking and Miller short and chubby. (Yes, both had bushy beards.)

The musicianship on Fight in Words is all-around stellar, and while the songs are a bit abstract (heads up, Pavement fans) and tend to disintegrate in medias res, they always come back together to punch you squarely in the ear. “Ship Has Sailed” is the catchiest number, but sometimes the guitars turn into mud –– when the steely hook finally returns, it’s like getting a hug from an old friend.

Unlike a lot of similar bands, TT&Q simply loves melody and traditional song structure. On “Don’t Feed the Bears” and the second-catchiest song, the dark and brooding “With a Finger,” the guys are straight-up poppy. The album still has its gloomy moments, of course. The shadows reach their cheerless apotheosis on the next-to-last track, “Thousandaire.” Stark and quiet in the beginning, drawing you toward Bartz’ evocative lyrics –– “Trashing all the treasure / Somewhere the infinite gets measured / Ooooo-ooo / And if you stoop for every penny I’d be a thousandaire” –– the song explodes midway through into a fury of clanging guitars and crashing cymbals. But it’s not noisy. There’s structure there. And tightness. (And a moaning organ.) We’re talking next-level composition. Fight in Words manifests the kind of awesomeness that comes only from pros at the top of their game. TT&Q, we hardly knew ye. — Anthony Mariani