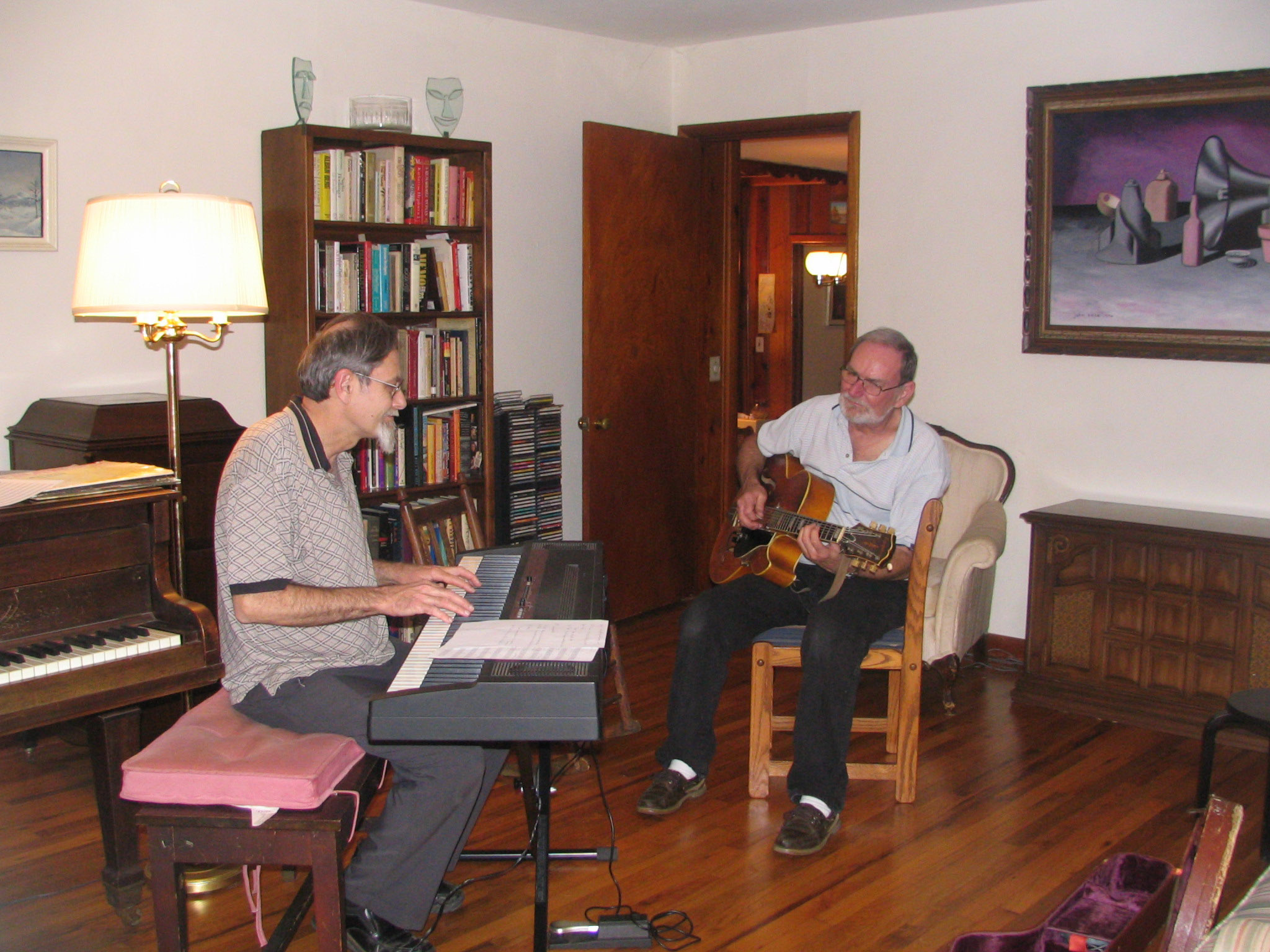 The Case brothers, Johnny and Jerry, have been making jazz and Western Swing –– though mostly jazz and sometimes together –– for 50 years. Quite an achievement. To celebrate the milestone, the brothers and some musically gifted friends got together recently at Arts Fifth Avenue for the 50 Year Bash, a party/concert featuring the Cases and also a wedding reception of sorts –– Jerry recently married Judy Kaye, a friend since 1964 and a fellow musician with whom Jerry had previously shared several stages. Pianist Johnny, after playing just about nightly for more than 25 years at Sardines Ristorante Italiano (now Studio Eighty), is now freelancing all over town, and guitarist Jerry, who’s been living in Los Angeles for a while now as a session man, was inducted into the Cowtown Society for Western Music’s hall of fame the day before the bash.

For the festivities, about 60 folks had piled into A5A’s main performance room (arranged jazz club-style, with tables and chairs extending to the stage). The group was rounded out by Steve Story on violin and Drew Phelps on upright bass.

“You don’t get to play with musicians of that caliber very often,” Story later said.

This late-Sunday evening performance marked the first time for these four musicians to perform together. Of course, there was no need to rehearse beforehand.

Over the course of two sets and nearly three hours, the musicians performed a lot of standards from the jazz and Western Swing canons. Kaye also got in on the action –– the last time she and Jerry had performed together was about 50 years ago at The Golden Nugget in Las Vegas as the group Judy Kaye & The Kadetts.

Phelps, a Dentonian composer and frequent collaborator of Johnny’s, had a blast. “It was a real delight to get to play with those guys,” he later said.

Deb Woods, managing director of A5A, felt the sentimental mood of the evening. “I found myself being drawn into the music and being taken back to days spent with my dad watching the Western music programs on Saturday nights in Abilene,” she recalled. “I was taken to another place and time. … It was quite a ride.”