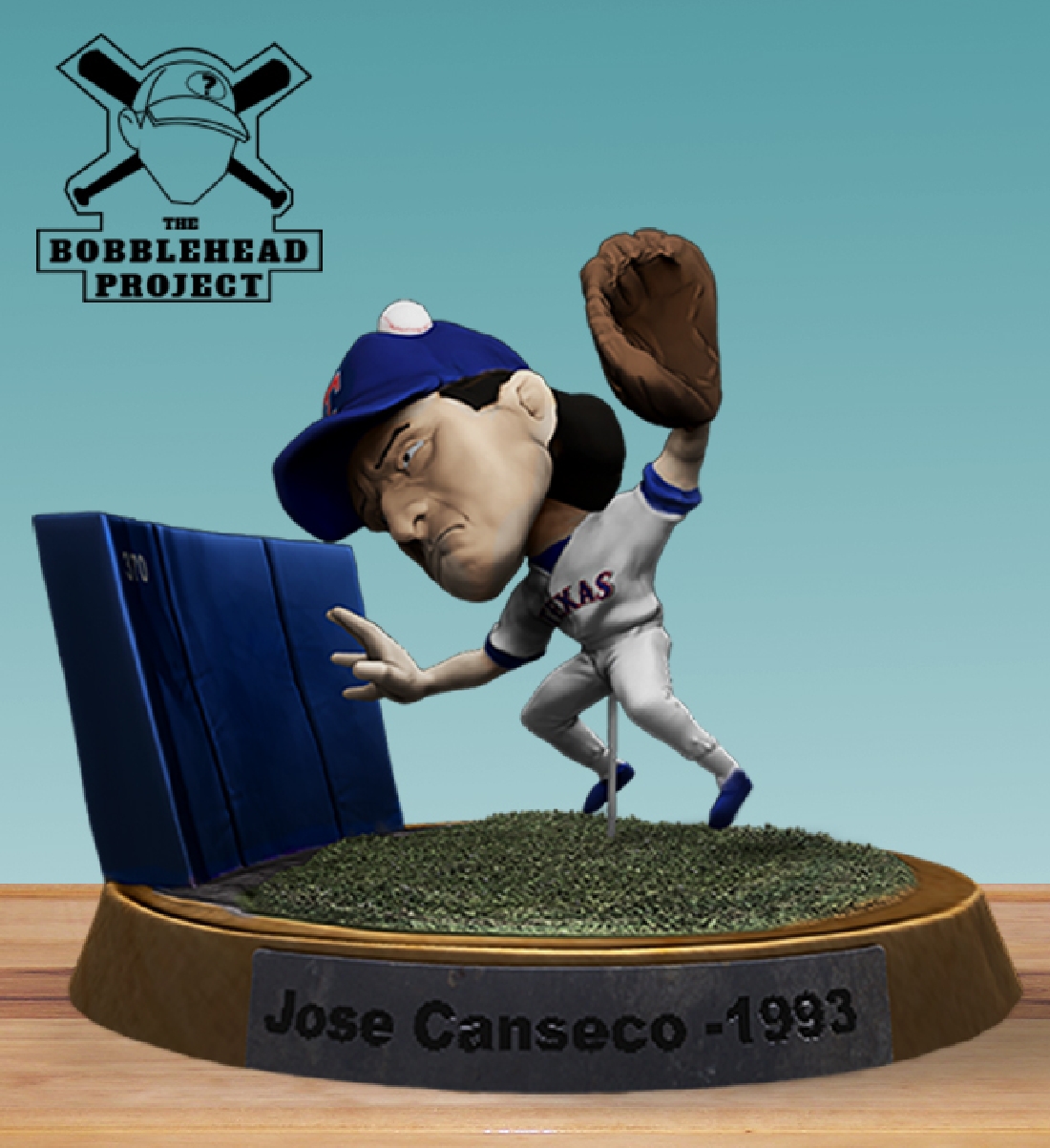 The 48-year-old former Texas Ranger will be suiting up for the Fort Worth Cats for the club’s series against the Edinburg Roadrunners — a team coached by his twin brother, Ozzie.

Since he retired from the majors in 2001, after playing for eight different teams, Canseco’s post MLB career has basically been a carnival sideshow. He is perhaps best known for blowing the whistle on the widespread steroid use in major league baseball, and writing a book about it. He busted a move on Dancing With the Stars, appeared in VH1’s reality train wreck The Surreal Life, made a cameo on Celebrity Apprentice, and even ran for mayor of Toronto — a position that apparently requires some casual drug use.

He jumped back onto the field as a member of the Independent Baseball League in 2006, and in 2010 he signed a contract to play in the United League, of which the Cats are a part of.

In a press release, league president and Cat’s co-owner Byron Pierce said Canseco was a huge draw when he played for Laredo in 2010.

“We are excited to have him back in Texas and especially Fort Worth, where he has many fond memories of his time with the Texas Rangers,” he said.

In the same release, Canseco said that he’s excited to get to work with young players and tell them all about the time he dated Madonna.

“I am excited to come to Fort Worth and mentor the young ballplayers,” he said. “I love Dallas/Fort Worth and I can’t wait to go up against Ozzie.”

Canseco came to the Rangers in a trade that sent Ruben Sierra to Oakland, in a we’ll-trade-our-idiot-for-yours deal. Though he was a former league MVP and Rookie of the year, his days in Texas weren’t exactly stellar. He’s best known for letting a home run bounce off his noggin.

This move might be in response to reports of the team’s financial woes. The Cats brass is hoping people still care about Canseco. But on the plus side,  it sounds like the Cats may have the perfect subject for the next bobblehead giveaway.