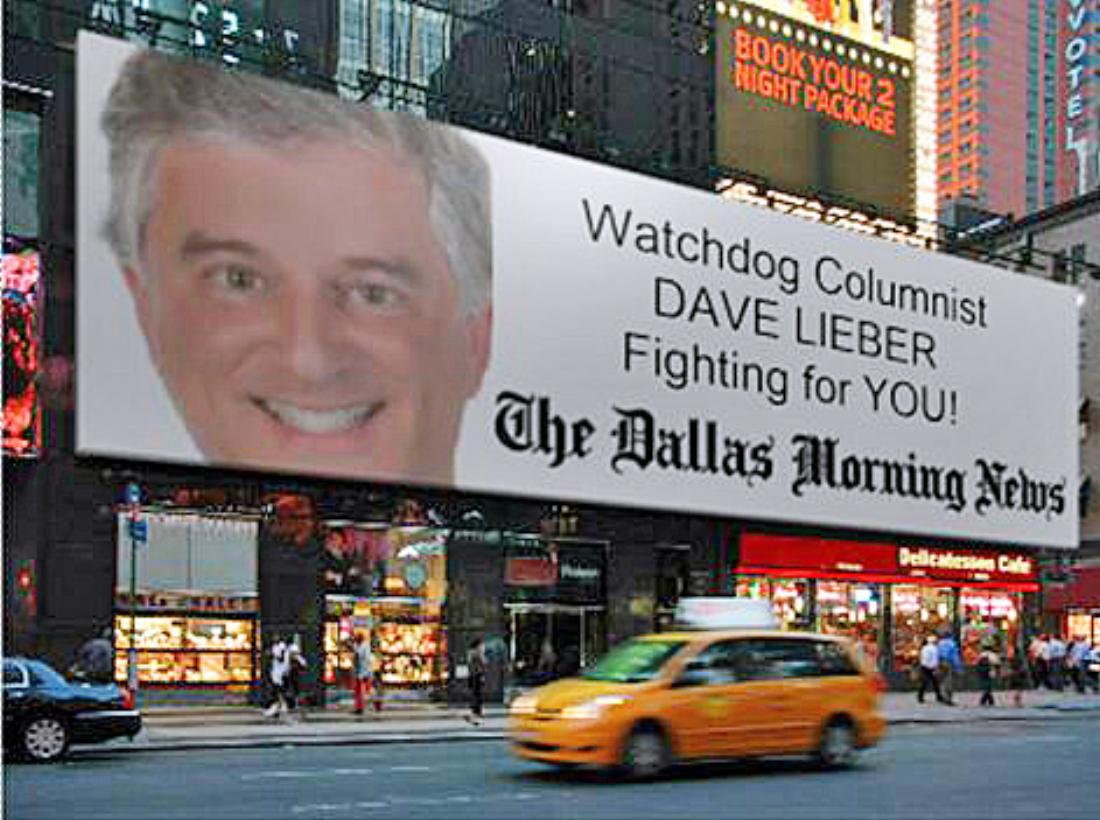 It didn’t take long for Dave “The Watchdog” Lieber to find a job after being unceremoniously dumped by the struggling Fort Worth Star-Telegram after 20 years.

Lieber announced today that he’ll begin writing his Watchdog column for The Dallas Morning News. (The Star-Telegram never bothered to tell its readers that it had laid off one of its most popular columnists.)

“People want a newspaper columnist fighting for them, righting wrongs, exposing illegal or immoral activities in business and government,” Lieber writes. “The editors of The Dallas Morning News know that. Thank God.”

He announced his new gig by taking a funny jab at his old employer. Check it out:

A few weeks ago, I received a phone call from a telemarketing company hired by my former newspaper to sell cheap subscriptions to former subscribers.

“We see that you recently cancelled your paper, and we’d like to offer you the paper for only $11 a month.”

Now that’s a great deal. One-third of what I was paying. But I said no.

“Well,” I answered. “Y’all got rid of my favorite columnist there.”

“Who’s that?” the telemarketer asked.

“Dave Lieber, The Watchdog. You let him go.”

“Sir,” he replied, “I know for a fact that the paper is negotiating to bring him back.”

I told him who I was. Oops. So busted!

It wasn’t true. Couldn’t possibly be true. I knew I wasn’t going back. Some people will say or do anything – even lie – to make a sale. Unfortunately, this guy lied to wrong dude.

And this is the exact type of deceptive advertising and unethical business practice I hope to expose in my new job as … The Watchdog columnist for The Dallas Morning News.