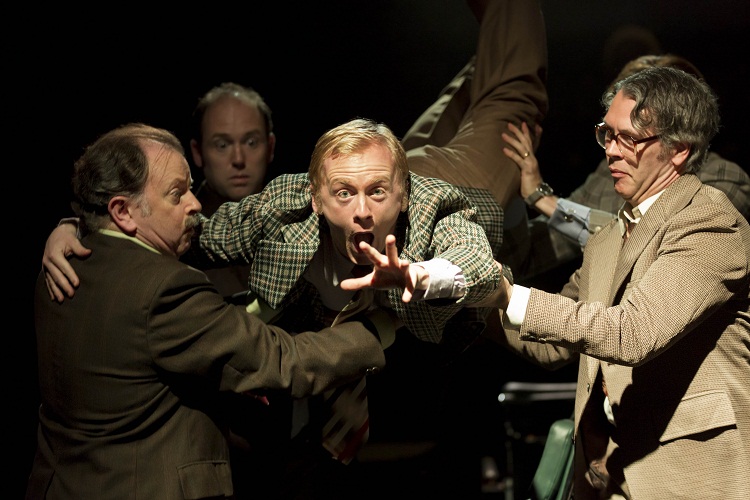 Americans like to harumph that they’re sick of the dysfunction in the U.S. Congress –– too many special interests, career ambitions, dubious backroom deals, and above all, too many elected officials who disdain consensus and compromise. And while the current crop of Congressional Republicans might be reaching new heights of creative obstructionism when it comes to Pres. Obama, the democratic legislative process has always been a messy, occasionally corrupt business. As someone once observed: “Of course Congress is full of fools and knaves. It’s a representative body.”

Exploring the very funny, sometimes disturbing motives and personalities of British lawmakers (a.k.a. our political role models and forebears), The Modern Art Museum of Fort Worth and Amphibian Stage Productions present the satellite broadcast of National Theatre Live’s docu-drama This House. It happens 2pm and 7pm Wed June 19 at The Modern, 3200 Darnell St, FW. Tix are $15-$18. Playwright James Graham wrote a tense, acerbic recounting of real legislative battles between the Tory and Labour parties in the pre-Thatcher British Parliament from 1974 to 1979. This being the ‘70s, expect lots of sweaty, nicotine-stained drama from powerful men in muttonchops and huge suit lapels.