It started with a phone line in his garage.

Or more accurately, with a phone call from a charity that led Dr. Basheer Ahmed to get the new line installed, along with an answering machine.

“An organization called World Vision contacted me,” Ahmed recalled. The year was 1995, and Muslim refugees were pouring into North Texas from Bosnia, part of the human flood escaping the genocide being carried out by Bosnian Serbs, following the breakup of Yugoslavia.

World Vision was looking for someone who could help Muslim refugees find medical care in the Fort Worth area and help them get acclimated to a new country. Many of them didn’t speak the language, were frightened of the governmental process, and knew little about the culture.

“Imagine that you have been living in the extreme stress and danger of war,” Ahmed said. “While there is immense relief in getting to America and out of the crisis, you know nothing about this country. Nothing about transportation, learning to drive, enrolling your children in schools, navigating a grocery store. You have no doctor, no dentist, no extended family, no mosque or church. It’s very difficult.”

Ahmed, a psychiatrist who had emigrated from India in 1968, was bewildered at the idea of finding all those kinds of help for people. But he felt that he had to try.

“I knew how much good was being done by organizations such as Catholic Charities and Jewish Community Services,” he said. “I knew there was no similar group to address the unique issues of the Muslim community.”

He began working his network to figure out who could help with what. He talked to local physicians, members of his mosque, family, and friends.

And so he had the phone line installed in the garage of his Arlington home and found volunteers to answer it. It was his first attempt at a local Muslim community hotline, a single place where members of his faith could go to find all kinds of help.

From that phone line sprouted the Muslim Community Center for Human Services. Now, 18 years and many honors later, the center occupies four suites of offices in a Fort Worth suburb. Last year volunteers with MCC, as many in the community refer to it, provided medical, dental, counseling, and mental health care to several thousand people. Along the way, the center has become a key resource for Muslims who are victims of domestic violence in a culture that makes it particularly difficult for abused women to seek help.

Ahmed, now 76, recently retired from private practice and is devoting most of his time to the nonprofit he founded.

“He is a champion of people in need,” Dr. Hujefa Vora said of his longtime colleague. “He is just hitting his prime.” Vora is the past president of the Arlington Medical Society and a regular volunteer at the clinic.

“My motivation for creating this organization was threefold,” Ahmed said in his British-Indian accent. “My feelings for helping people, my upbringing that engendered respect and compassion for the human condition, and” — he broke into a grin — “my own selfishness.  I don’t ever want to retire. I always want to help people.” 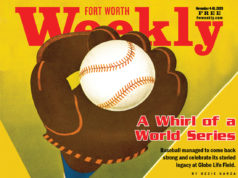 A Whirl of a World Series