Just Like a Woman (R) Rachid Bouchareb (Days of Glory) directs this drama about a Chicago housewife (Sienna Miller) who runs off to Santa Fe to take part in a bellydancing competition. Also with Golshifteh Farahani, Bahar Soomekh, Roschdy Zem, Sayed Badreya, and Tim Guinee. (Opens Friday in Dallas)

After Earth (PG-13) Slight but tolerable, this only stinks if you go in expecting a good movie. Will Smith and Jaden Smith star as a human warrior and his son who crash-land on a post-apocalyptic Earth that’s now covered in jungle and filled with predators. With the father immobilized, the son has to negotiate hostile terrain to bring back their spaceship’s homing beacon. The movie has terrible dialogue, but it moves along with a video game’s single-minded pace, as the boy fights off dangerously evolved creatures against gorgeous backdrops. If director M. Night Shyamalan wants to take up B movies, this is a way to do it. Also with Sophie Okonedo, David Denman, Glenn Morshower, and Zoë Kravitz. — Steve Steward

The Bling Ring (R) Decadent and problematic, Sofia Coppola’s latest film is based on the real-life exploits of a group of SoCal high school kids who broke into celebrities’ houses and stole clothes, jewelry, and accessories. Aiming for a single, unbroken mood in this 87-minute jaunt, Coppola films the thefts in a detached way that captures the celebrity lifestyle’s seductiveness but threatens to tip over into label worship. The real problem is the lack of penetrating insight into these pathologically narcissistic teens who’ve been taught to value all the wrong things. As an amoral clotheshorse who spouts platitudes from The Secret, Emma Watson is lethally funny and makes her soulless character into the soul of this movie, for better and worse. Also with Israel Broussard, Katie Chang, Claire Julien, Taissa Farmiga, Georgia Rock, Carlos Miranda, Gavin Rossdale, Stacy Edwards, Marc Coppola, Paris Hilton, and Kirsten Dunst.

The Internship (PG-13) Vince Vaughn and Owen Wilson re-team eight years after Wedding Crashers, and like most comebacks, this one falls short of the glory days. They play ace salesmen who are fired from their jobs and take internships at Google with a chance to land a permanent job with the tech giant. The rapport between the lead actors remains smooth, but the material just isn’t there, with too many scenes devolving into so much babbling. The romance between Wilson and a poorly served Rose Byrne comes out soggy, and the older guys are portrayed as so out-of-touch that they don’t understand their younger fellow interns’ references to Harry Potter and the X-Men. It’s time for these comic actors to start looking outside their familiar circle for new collaborators. Also with Aasif Mandvi, Max Minghella, Josh Brener, Tiya Sircar, Tobit Raphael, Jessica Szohr, Rob Riggle, Josh Gad, B.J. Novak, and an uncredited Will Ferrell. 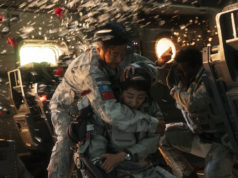 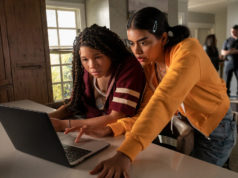 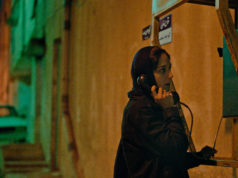