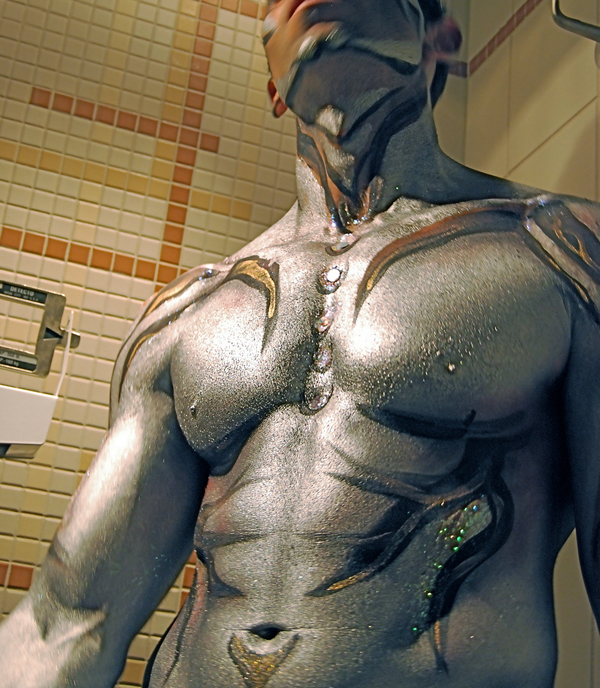 This week the Fort Worth City Council debated the definition of nudity in order to head off possible public outrage from the Cowtown location of Redneck Heaven. The restaurant’s Lewisville address sometimes encourages its female servers to wear body paint on the job instead of clothing.

After careful review of the Fort’s ordinance related to nudity at public businesses, I can only come to one conclusion: It’s terribly sexist. Not because it focuses with such grim detail on female breasts — rumor has it that straight boys and gay girls are fans of that particular feature — but because the statute all but ignores male nudity and a particular nether region straight girls and gay boys are so fond of. Because this is a dignified publication, we’ll call it “The Man Basket.”

Mark my words, one day soon a San Francisco-based restaurant chain called Sausage Party will open a franchise in our fair city. One of its top attractions will be buff and plucked male servers wearing nothing but nearly translucent mini-speedos. And what will the City Council do without rigorous guidelines a la the breast rules? Those describe “portions of the female breast beginning from a point immediately above the top of the aureola and continuing downward to the lowest point of the breasts” as an area that must be covered.

When, exactly, does a barely covered John Thomas constitute nudity? My guess is that “all sections of the hay stack, not including the ‘map to the treasure’ a.k.a. the hairline that extends from below the navel to the trouser trunk” must be concealed. “The pocket snake itself, in combination with the golden globes, must not create a bulge that exceeds the size of a small teddy bear stuffed in one’s underwear.”

Sound silly? It’s no weirder than a restaurant whose female servers dip their racks in Sherwyn Williams to please the clientele. But hey, to each their own.