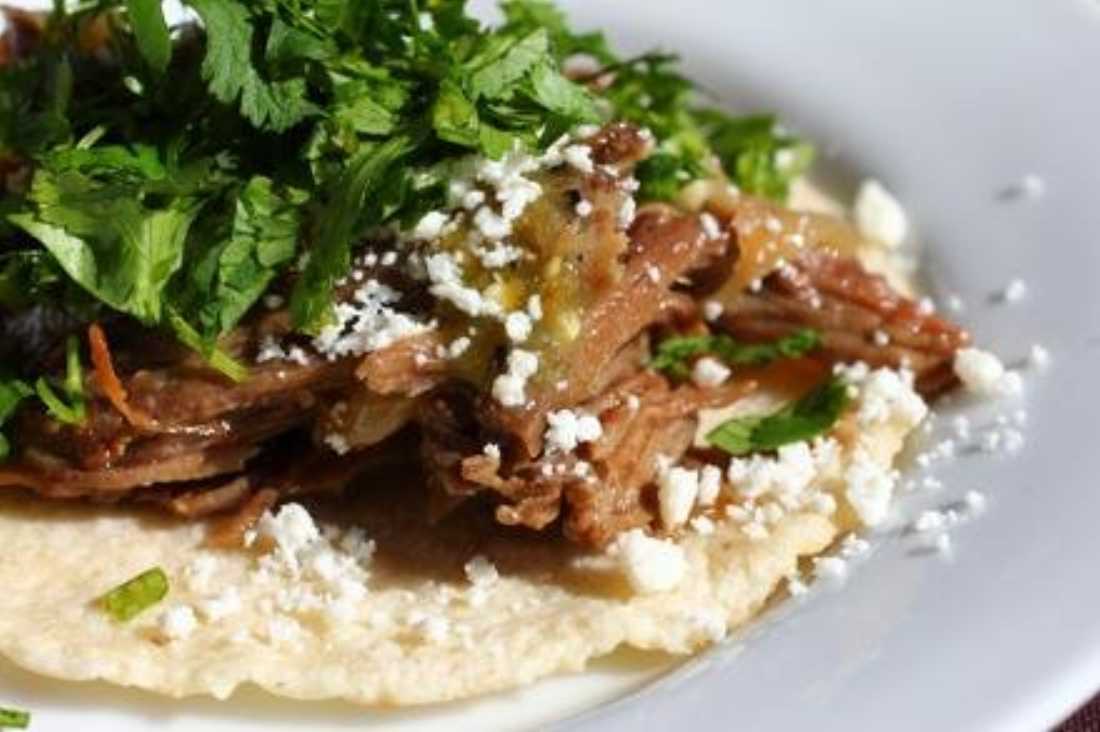 There I was, sitting in the tiny dining room of Benito’s Taqueria (1904 Hemphill St.) — not to be confused with Benito’s Mexican Cuisine on Magnolia — and two people outside were all over each other. I’m not talking about a little smooching; they were get-a-room bad.

I certainly understood getting excited about the tacos at Benito’s, though they were hardly an aphrodisiac. The two lip wrestlers might have had the pork tacos ($1.84) swimming in a picante salsa verde. Perhaps the lengua ($1.84) whetted their appetites for deep kisses, though it was a little on the chewy side. Or maybe the taco-crossed lovers locked eyes over the chicharrones ($1.84); the pork skin wasn’t crispy enough for my taste.

I could see how the chorizo burrito ($2.75), with refried beans, cilantro, raw onions, and shredded cheese might send someone to the verge of ecstasy — but hey, not in a small taco joint next to a laundromat. They should have opted for classier surroundings, maybe like those a few blocks away at Mijo’s Fusion. Anywhere else, really. I mean, some of us were trying to eat.

OK, good, I got in and out of Mijo’s Fusion without encountering the kissy-facers. I didn’t really mean to send them to a place I’ve always considered a treat.

Actually, it’s an earlier entry in the Mijo’s canon that holds a special place in my food memory. When I was but a pup learning my letters at the University of Texas at Arlington, I developed a reward system. If I aced a test or a paper, I would treat myself to a meal at one of the many inexpensive restaurant gems that Arlington seems to have in abundance. If I made a C or worse, it was another night of ramen noodles and soy sauce. One of my favorite rewards was Mijo’s Fresh Mexican Food (2304 W. Park Row Dr., Arl.).

Now, as an adult, I sometimes reward myself for making it through a work week without donning a tinfoil hat and barking at the moon. On a recent weekend, I decided to treat myself to a meal at Mijo’s Fusion (1109 W. Magnolia Ave.), just like old times.

Well, almost like old times. Mijo’s Fusion is like my college buddy who went on to get a really nice job and dresses nice all the time — even on weekends. The place is small but pretty swanky, with colorful tables and chairs and a fancy horseshoe bar.

The menu combines Mexican nouveau and Asian fusion and includes many interesting-sounding dishes. But I found that my favorites were the ones that are closer to the original concept of creative, fresh Mexican food rather than the Asian-inspired fare.

The kitchen seems to really like bean sprouts; they dominated my plate of Nachos from the East ($12). The whole dish was ill-conceived and difficult to eat: basically long slabs of tuna on top of wonton chips, and enough bean sprouts to overflow a landfill. Sprouts were also a major player in the shrimp spring roll ($10), which fell apart like it was rolled in a wet napkin. The ingredients spilled out onto the plate, making it look like a culinary crime scene.

The crab enchilada ($14) redeemed my visit and restored my faith in the franchise. Though you won’t find it on the menu of most Tex-Mex joints, the baseball-bat-sized concoction was more Mexican than Asian fusion,  slathered in a spicy, cheesy, mushroom sauce and topped with fresh crab meat. Every bite was like a rich, spicy flavor pillow.

I’m glad I found a new way to treat myself. Now I just have to do something worthy of a reward. … Hey, I just finished writing a column! Mijo’s, here I come. Smoochers, try the Motel 6.