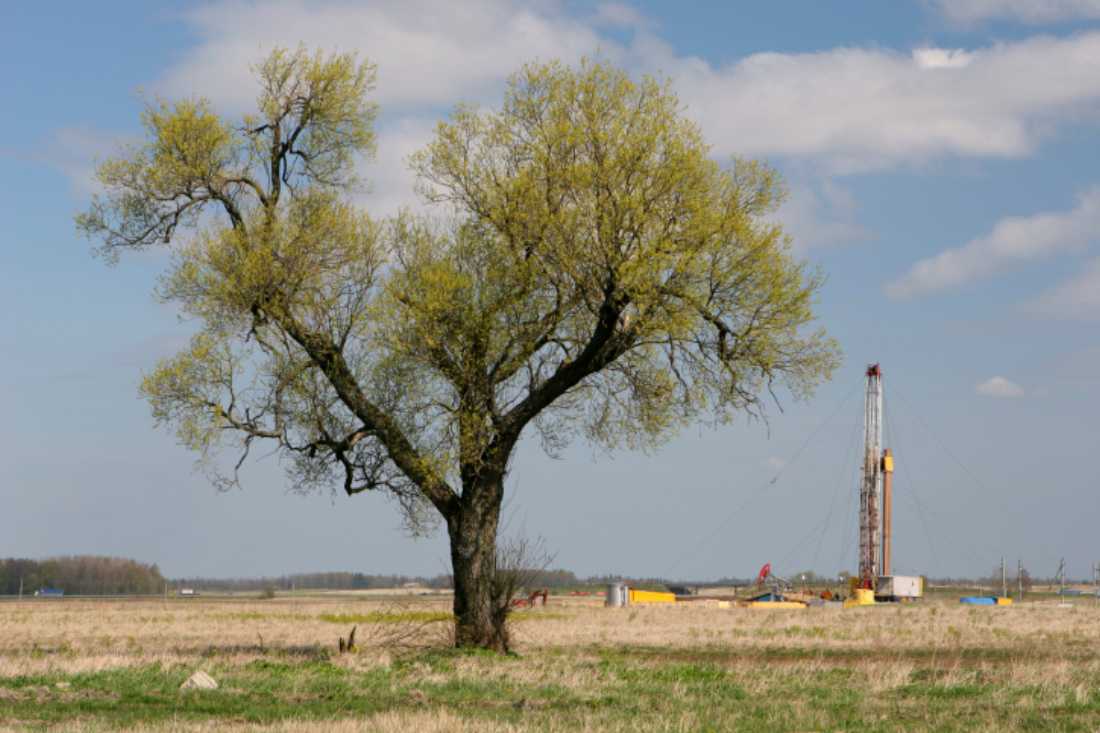 A natural gas compressor ordinance passed by the Fort Worth City Council last week has closed a several-years-old loophole favoring drillers but simultaneously expanded other allowances for the industry, leaving a contentious issue largely unresolved.

The loophole, created by the 2006 Fort Worth Gas Drilling Ordinance, permitted land zoned as agricultural to be used for natural gas compressors “by right” — meaning without going through any permitting process.

Compressor stations, where natural gas is compressed so it can be moved through pipelines, have been shown to leak huge amounts of highly poisonous and cancer-causing gases that can spread for miles. They also produce low-frequency noise that cause some people to get horribly ill and explode often enough that a lot of people don’t think they belong anywhere near residential neighborhoods.

The agricultural zoning issue didn’t become critical until 2011, when Chesapeake Energy decided to put the largest compressor complex in the country on 41 leased acres along Randol Mill Road, next to the Mallard Cove neighborhood. In 2012 the landowner sought to get the parcel rezoned from retail uses to agricultural. After heated opposition from nearby residents who pictured their health going down the tubes along with the value of their homes, the rezoning was denied.

The new ordinance will no longer automatically grant permits for gas compressors on agricultural land, though drillers can apply for permits if they get waivers signed by property owners within a 1,000-foot radius.

In return for losing that ag-land loophole, drillers got a major consolation prize: They will be allowed to add as many additional compressors as will fit at the 41 existing sites in the city. That grandfather clause worries a lot of people who live near compressor sites where there is room to add more units.

Actually, the industry got several prizes in the new ordinance. It essentially frees older gas compressors from noise restrictions, and while it increases setback distances that keep compressors away from places like residences and schools, critics say gas companies will be able to get around those ostensibly stricter rules without public input.

“I certainly wished for more,” said Gary Hogan, a member of both Fort Worth Gas Drilling Ordinance Task Forces and president of the North Central Texas Communities Alliance. “But knowing this council and the past as I do, I did not expect them to do any better.”

Gas industry representatives made their positions clear before the vote.

Hogan said he was appalled by the comment. “Can you imagine someone actually saying that to the city council?” he asked. “The ordinance is supposed to be there to protect the citizens first, not last.”

Council member Gina Bivens, who pushed for the new ordinance, acknowledged after the vote that nobody is going to be “perfectly happy” with it. For some opponents, that’s a major understatement.

“You’ve heard about my battle with chronic Lyme disease and my concern for health and public safety,” Mallard Cove resident Martha Boykin told the council. She explained that the dozens of poisonous chemicals, including volatile organic compounds, benzene, and formaldehyde, regularly released from compressors would endanger her already-fragile health.

Under the ordinance, new compressor stations will be required to have a 1,000-foot setback from the station boundary to the nearest “protected use” building, a category that include homes, schools, hospitals, and other public buildings.

That would seem to provide more protection than the current 600-foot requirement — but the ordinance also allows the 1,000 feet of setback from residential areas to be reduced to 600 feet if the company gets all property owners within the 1,000-foot radius to agree. And schools and hospitals? There the rule could be waived to allow compressor stations as close as 300 feet if the station is enclosed.

The rule calls for signed waivers from property owners, not residents, which means that apartment dwellers, for instance, wouldn’t be part of the process. However, the loophole is even larger than that: Even without signed agreement of property owners, the city council retained the right to grant the setback waiver anyway, without pubic hearings.

“Once I saw that council could unilaterally grant those waivers, I knew it was a sham,” Hogan said. “The gas companies will get what they want behind closed doors, out of sight of the public.”

Calvin Tillman, former mayor of DISH, Texas told Fort Worth Weekly that compressors aren’t safe even 1,000 feet away. The new ordinance, he said, is “not good for the people of Fort Worth.”

In DISH, the epicenter of the Barnett Shale boom, most residents fell ill, with problems from nosebleeds to neurological disorders, after a battery of compressors and other gas equipment were placed at the edge of the small town. Tillman fought the industry, but when his sons began to have nosebleeds, he moved.

Mary Kelleher, a member of the Tarrant Regional Water District board who lives near Mallard Cove, said she is “very appreciative of the city staff for their efforts” but is still concerned by both the grandfather clause and setback rule. “We are disappointed … in a council that puts industry before citizens,” she said.

Gretchen Demke, a North Richland Hills resident, reminded the council of a 2010 air-quality study commissioned by the city. Among the findings of the Eastern Research Group was that three out of eight compressors it studied exceeded Environmental Protection Agency limits for harmful gases — and anti-drilling activists said they thought actual emission levels were much higher than the researchers’ records-based findings showed.

According to Theo Colburn, founder of the Endocrine Disruption Exchange, an organization that researches the health effects of low-dose exposure to toxic chemicals, 93 percent of chemicals released from natural gas wells and compressors can cause harm to respiratory tracts, eyes, skin, and liver.

“Compressors have always been a concern to us,” Colburn said.

XTO’s Manthei rejected the Eastern Research Group findings as “theoretical” — because they were based on records rather than live measuring — and pointed out that cars emit many of the same chemicals. “If you look at the auto emissions from Loop 820, you will see high levels of benzene and formaldehyde,” he said.

Kelleher said her colleagues respect the gas industry’s right to work in Fort Worth but that the industry “needs to understand that we were here first. We just ask that drilling be done safely.”

Burghdoff said zoning requests for planned-use developments involving compressor stations will involve public reviews at three levels, including a public hearing before the city council. Residents living within 1,000 feet of the proposed site would be notified at each step.

Owners of existing compressors have 45 days to apply for their units to be grandfathered, basically allowing them to continue working even if they are closer to homes and other protected land uses than would be allowed under the new ordinance. The ordinance allows new compressors to be built at all 41 existing sites though not all have room for more units. Critics said those could be expanded into “mega compressor facilities.”

Jimmie Hammontree, representing Access Midstream, a company that manages gas pipelines, said the city already has an ordinance that is a model for the rest of the country and didn’t need to be strengthened.

For Boykin and others, though, the debate is one-sided, as far as the council is concerned. “The oil and gas industry have excellent lobbyists. Who’s lobbying for us?”