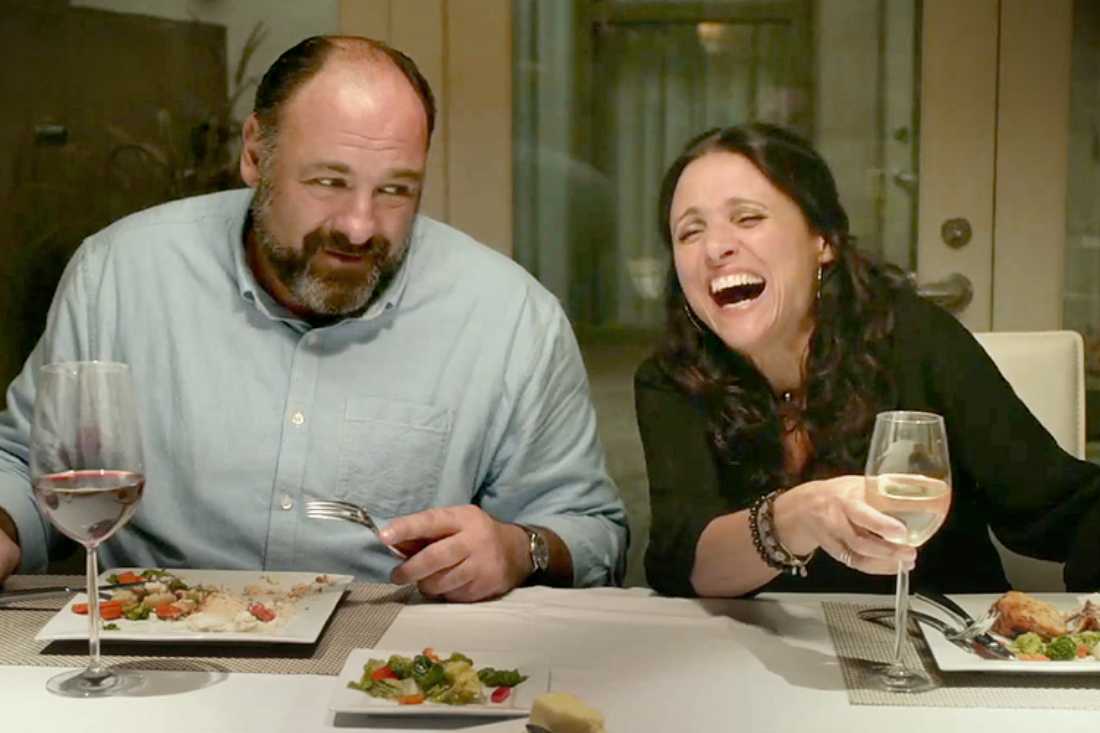 Amid all the publicity that Gravity is pulling in, let’s not lose track of Enough Said, which is expanding into local theaters this week. It’s easy to say that movies about middle-aged romance, especially ones from a female point of view, are too rare in our multiplexes. However, this comedy doesn’t need any special pleading. Despite its flaws, this exquisitely observed piece stands up well on its own merits.

Appearing in a movie for the first time in 16 years, Julia Louis-Dreyfus stars as Eva, an L.A. professional masseuse who gets dragged to a party and meets Albert (James Gandolfini), an archivist at a TV museum. They bond over being divorced with teenage daughters who are about to leave for college, and they end up dating. But when Eva’s new client Marianne (Catherine Keener) starts complaining to her about her ex-husband, Eva is stunned to realize that the ex she’s bad-mouthing is Albert.

This is the fifth film by the eternally underappreciated Nicole Holofcener, and it’s the most visually pleasing one (thanks to Xavier Pérez Grobet’s cinematography) as well as the first one that doesn’t feature Keener in a leading role. Also atypically, this movie is hampered by some clunky plot mechanics. Rather than tell anyone about the coincidence, Eva tries to pick Marianne’s brain about her marriage’s failure. Soon, all Eva can see are Albert’s annoying habits, and she grows disgusted by his fatness, even though she herself points out that she’s not supermodel-thin. Though she knows that Marianne is warping her perspective, Eva seems helpless to do anything about it. All this makes good psychological sense, but we can feel a strain in the effort to keep the halves of Eva’s life separate. That quality wasn’t there in Holofcener’s previous comedies like Please Give and Lovely & Amazing. Marianne is left as a one-dimensional bitch, and Keener is uncharacteristically dim in the role.

Still, this is a mild annoyance in the face of Holofcener’s customarily sharp writing, seen in a complex and terrifically tense scene as Eva dines with her ex-husband and his new wife (Toby Huss and Kathleen Rose Perkins) before seeing off their daughter (Tracey Fairaway). A couple of running subplots comment wryly on the main plot, one with the daughter’s best friend (played by fashion blogger Tavi Gevinson) who keeps coming over to Eva’s house, the other with Eva’s friends (Ben Falcone and Toni Collette) repeatedly failing to fire a housemaid (Anjelah Johnson) with eccentric habits.

The small-statured Louis-Dreyfus and the massive Gandolfini make a charming couple, too. Of course, Gandolfini died suddenly in June of a heart attack, and though he became famous for playing Tony Soprano, his role in this movie is closest to who the actor seems to have been in real life, a sweet, soulful, decent guy who’s a pleasure to know. His presence gives a wistful edge to Enough Said, and we’re glad to have him here.