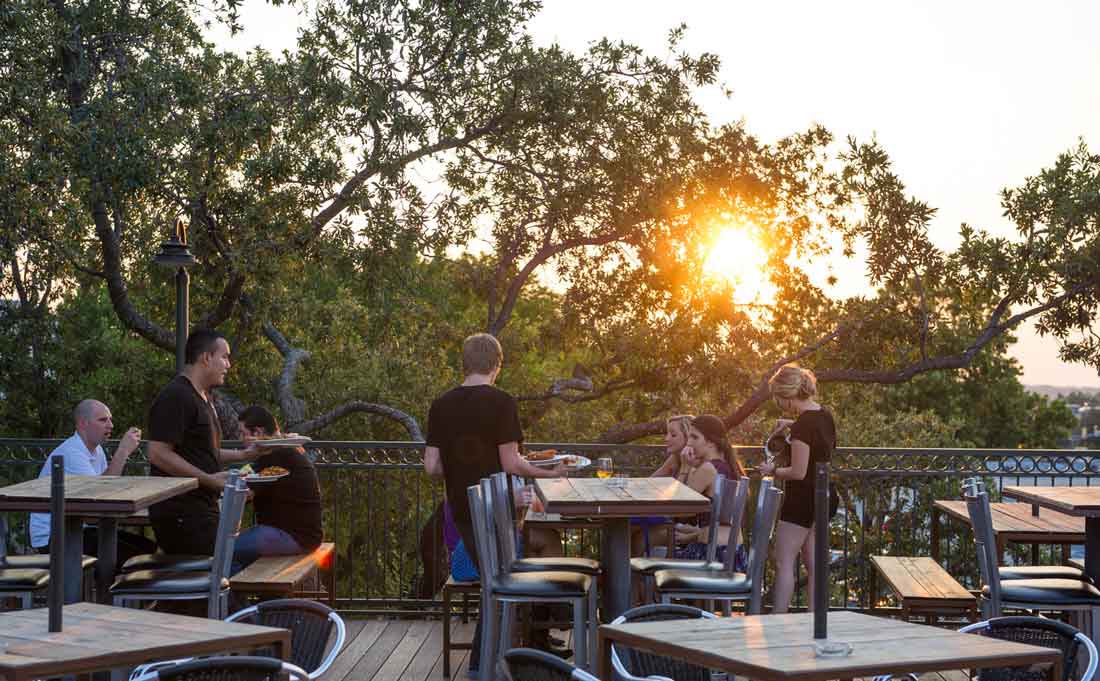 I really wish I could take for granted that every person glancing at this has already seen the finale of Breaking Bad, because I obviously don’t want to spoil anything for the three of you who haven’t yet gotten around to it. But then again, to paraphrase the late Eazy mutha-fuckin’ E, forget about that shit. You’ve had three days to find out what happens to Walt. If I don’t ruin it for you, someone else probably will.

Anyway, with the exception of the penultimate episode (watched at a friend’s house), I’d been downloading the fifth season on iTunes, suffering through the late-Sunday-night/Monday-morning Facebook chatter and watching each episode a day or so after it ran. For the duration of the series’ final episodes, The Live Oak Music Hall & Lounge played each one on the big screen in the music hall as it aired, but I could never get myself in gear in time to get a seat. In other words, the place has been packed for the past eight Sundays. I also have a weird thing about watching TV shows with a ton of other people — just too many chances for distraction.

Despite my reservations, I kinda couldn’t wait to see the series finale, so I finally got to Live Oak early enough to get a table, though it was way in the back and one of only a few other empty ones. Overall, the experience of watching a TV show on a projector screen in a big music venue was pretty good. Seeing as how I was far away, the picture was kind of blurry, and I kept wondering what kind of details I was missing, but the sound came through the PA system, so it was far more dimensional than my computer speakers at home. Live Oak head honcho Bill Smith diligently replaced the sound portion of commercials with an iTunes playlist, and I laughed at the times the songs seemed to match the muted ads perfectly.

While the serendipity of tunes and commercials was interesting, I was kind of riveted by the way other people watched the show. People cheered at victorious moments (like when Walt crashed the stolen snowmobile into the mayor’s Christmas parade float) and laughed heartily at every wry line. Other than that, the Live Oak viewing experience was relatively free of disruptions. And yet, I wondered if all the people yelling and clapping when Jesse freed that poor, meth-addled coyote were so celebratory when at home. Maybe I should get more excited when I watch TV by myself. But then again, if I’d watched the series’ end by my lonesome, I might have caught myself crying a little; Breaking Bad was a pretty great show. I already miss it. –– Steve Steward

Polka Your Eyes Out

If you’re in town this weekend (and I woefully regret that I will not be), you’ve got a couple of seasonal options to choose from, including Fort Worth Oktoberfest beginning at 2 p.m. Saturday at Crockett and Norwood streets in the West 7th development. Though Bavarian-flavored music will be provided, courtesy of Nick Ballarini and friends, most of the tuneage will be of an alt-y variety. Telegraph Canyon, Foxtrot Uniform, Invincible Czars, and Home by Hovercraft are on tap to perform. Of course there’ll also be German food and lots of brew on hand. The party is free.

There’s also Caves Lounge’s 11th Annual Oktoberfest. Like the Fort Worth Weekly Music Awards Festival and Poag Mahone’s St. Paddy’s Day Madness, Caves’ Oktoberfest is basically a highly enjoyable organized marathon-drinking session. If you know what a dirndl is and especially if you own one, get dolled up and get to Caves early, because the bar gets elbow-to-elbow pretty quickly. Besides giant steins and liter upon delicious liter of beer, there’s free German food, Caves’ annual staff of “fraus” tending bar, bratwurst tossing, a stein-holding competition, the Miss Oktoberfest Contest, and, on the patio, German music. Does that mean hardcore techno? You’ll have to find out for yourself. The festivities start at 4 p.m. –– S.S.