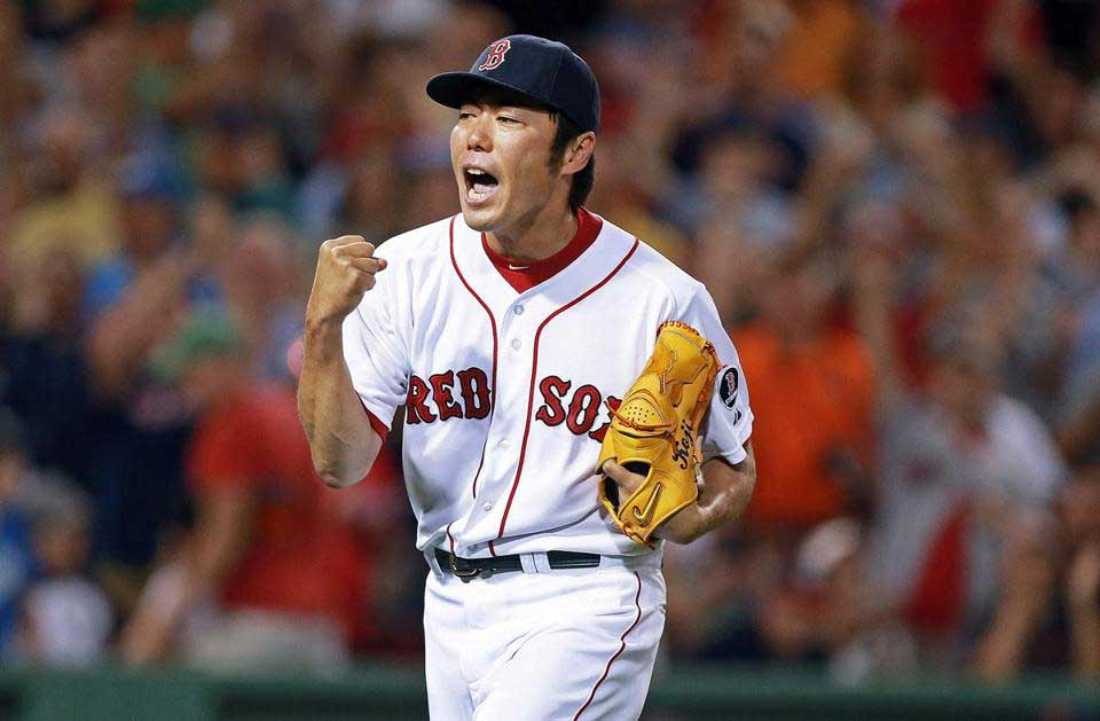 Edgar Regalado peers through the chain-link fence surrounding the new Bowie High School football stadium, hoping to catch a glimpse of his baseball hero. He’d been watching him all season, pitching for the Boston Red Sox as they defeated team after team to earn a spot in the World Series. When his hero set up Red Sox closer Koji Uehara to clinch the series, no one cheered louder than Edgar.

The Jacksboro Tigers, Edgar’s baseball team, placed third in the Little League world series in New Orleans a few weeks ago. Like his hero, Edgar is a pitcher and also plays shortstop. On the mound, the third-grader stands in the same steely pose. Then he winds up and releases the ball with such precision and speed that his shelves are beginning to fill with baseball trophies.

Standing on the tips of his Reeboks (he’s not very tall), Edgar raises his right arm over the fence as his hero enters the stadium for a rally in the Boston pitcher’s  honor. Red flags wave all around, and some fans wear fake black beards in homage. Even the 132-year-old Bowie Jackrabbit mascot has a beard.

“Today is the day,” Edgar had told his mother early that morning. “I’m finally going to see Brandon Workman.”

The Sox pitcher is a local product, and it seems everyone has a connection with him. Comments like “My daughter went to school with him” and “He’s just a really good kid” echo around the stadium. The city council declared Nov. 8 to be Brandon Workman Day.

Workman started playing ball when he was Edgar’s age. In 2010 the Red Sox drafted him in the second round. He played two years in the minor leagues, earning a Pitcher of the Year award in 2012 before moving into the majors.

Edgar has been watching Workman since his days at the University of Texas, when he was throwing fastballs up in the upper-90 mph range and curveballs and then adding a cutter and a true slider to his arsenal. Edgar knows Workman’s been playing ball since childhood — like Edgar.

Edgar played T-ball first, then machine-pitch, and finally regular fastball, with teams like the Patriots, the Rattlesnakes, and the Bombers.

At the rally, Workman looks slightly embarrassed, his beard calling attention to imitations worn in his honor. He receives a mayoral proclamation, presented on a wooden plaque with a Bowie knife affixed. More people crowd against the chain-link fence where Edgar is standing.

Worming his way between a woman wearing a fake beard and a group of girls, Edgar slips through a gate as Workman approaches. Yards turn into feet and, soon, inches. His hero is so close that Edgar can nearly touch him.

“Can you sign my ball?” he asks, but his voice barely registers over the noise. And then someone is pulling him back through the gate. “He’s not signing balls right now,” an older woman snaps.

Back behind the chain-link, still clutching his unsigned baseball, Edgar leans his head against the fence and watches as his hero signs baseball jerseys, red flags, and, yes, baseballs.

Not about to give up, he rushes and dodges clumps of Workman’s female admirers. Edgar’s mother says something in Spanish as he squeezes past an old man wearing a Boston Red Sox cap. Edgar stands on his toes once again. Stretching his arm above his head, he balances his game-winning baseball on his fingertips. The crowd thickens as Workman approaches; everyone seems to be holding up a baseball.

Edgar looks like he might lose his grip on the ball. But then an elderly Hispanic woman wearing a Boston Red Sox sweatband appears on the other side of the fence. Does he want his baseball signed? Yes, he says. She takes the ball and disappears. A few minutes later she’s back, holding his prize.

Edgar takes the ball. It feels heavier. He looks at his hero’s signature: “To Edgar, Brandon Workman.” It’s neither a legible signature nor attractive, but it’s close enough to perfect for him.

His mother leads him toward the exit, and Edgar looks over his shoulder one more time at Workman, still signing things. Then Edgar sees a Little League teammate and rushes forward, holding out his signed game-winning baseball, like Arthur showing off Excalibur. As the two boys stare at the green scrawl, the hero, trailing admirers, leaves the field.

Denton freelance writer Christian McPhate can be reached at christianmcphate@gmail.com.