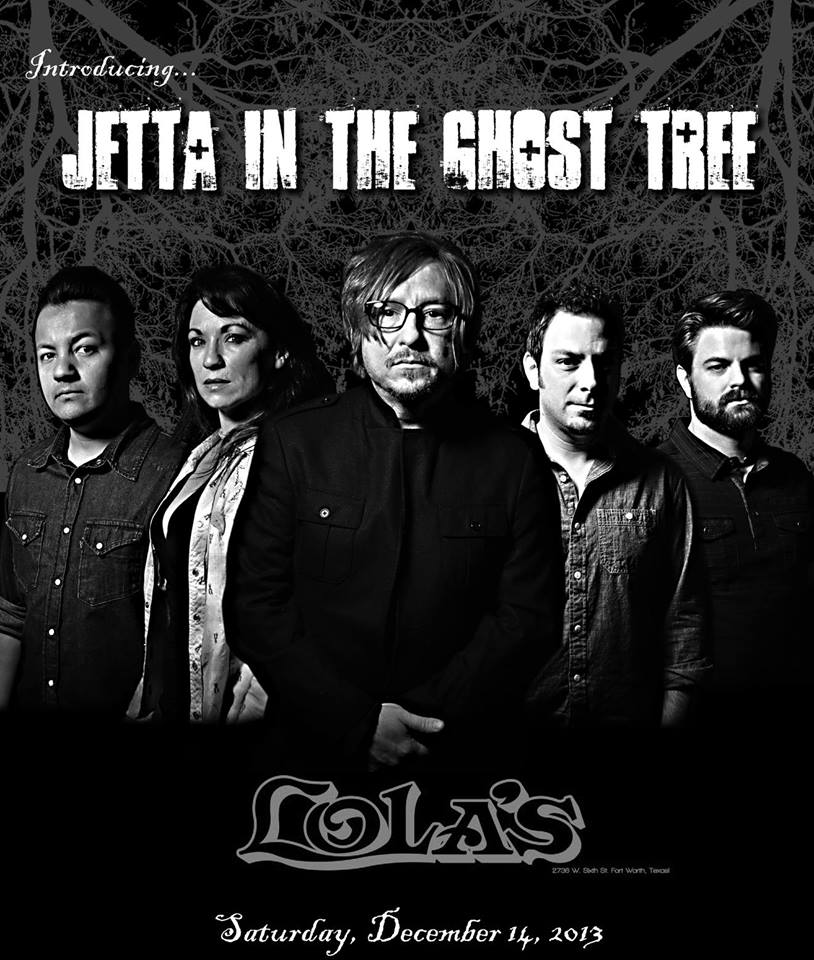 At around 1:30 a.m. on Saturday evening, the folks at Lola’s Saloon will not be feeling warm and fuzzy and standing arm-in-arm with one another while shouting along to “Coke” (a Fort Worth classic if ever there was one), even though the guy who wrote that song will be standing onstage –– and even though some concertgoers might be expecting it.

Former Flickerstick frontman Brandin Lea isn’t really into ebullient pop-rock anymore. His new project, Jetta in the Ghost Tree, is “dark, heavy,” he said, and is a reflection of the 39-year-old Fort Worth native’s battles with addiction –– in September, Lea entered a treatment facility in Fort Worth, and yesterday was his 100th day without a drop of alcohol.

“I was at the point [in which] if I didn’t do something, my body would stop,” he said. “I couldn’t function without [alcohol]. … The booze got to the point where it was just crushing. I was miserable. I was shaking so bad. I didn’t want to drink, but I had to.”

Sobriety, he said, is “like looking at everything backward. Everything I used to do [while] drinking I’m doing sober. … But health-wise, I’m the best I’ve been in a long time.”

Jetta is Lea’s first bona fide project since Flickerstick broke up in 2010; his other band, The February Chorus, which he co-founded in the mid-aughts with Jordan Roberts (who would later join Calhoun), lasted only a couple of years.

Lea’s new project, in all seriousness, may have saved his life. Started “for fun” about nine months ago, Jetta in the Ghost Tree (named after Lea’s niece) “definitely helped me to keep going,” he said. “It really did. It gave me a goal to look forward to after getting cleaned up off the booze, to actually have something to accomplish again, even though it’s gonna be really tough.”

Drinking and playing, he said, have “gone hand and hand with me. And not just me but a lot of us musicians.”

His Jetta bandmates –– keyboardist/vocalist Abi Abel, guitarist/vocalist Eric Webb, bassist Frank Ocampo, and drummer Nick Covarrubias –– are all solid, Lea said. “I hope people just understand that this project is … to just have fun,” he said, “to remember what it was like before it was so must succeed, must succeed, must succeed, or else. This time I want whatever I’m doing to just be challenging and fulfilling but more in a fun way, just do it for you, do it because you have to but not to try to change the world, just … be a normal band. That’s it. That’s all. We have no idea where this is gonna go.”

Well, one place it’s going to go is the studio. Lea expects to begin recording Jetta in the Ghost Tree’s debut album in a month or two. Lea hears a lot of desert rock and drone in his new band’s sound, he said, combining certain elements of My Morning Jacket and Queens of the Stone Age. Inner demons, he said, are a frequent lyrical topic. “There’s no doubt I’ve been battling depression for a long time,” he said, “but there’s been some other mental health issues that have fueled it [including bipolar disorder] –– there’s other reasons beside I can’t put the bottle down.”

Lea said he can’t point to any specific trigger to his downward spiral. “Nothing really did it,” he said. “It wasn’t the band, the girlfriend, the fiancée. It was just life. I could not get my mind out of that horrible place where people go when they’re depressed. I didn’t care there was a future. I was just so over worrying about it. I had everybody worrying for me. That’s when you know you’re in bad. ‘I know I shouldn’t be drinking this, but if this is how I go out, this is how I go out.’ ”

Lea downplays Jetta’s debut, but there’s still a ton of Flickerstick fans out there and everyone knows Lea’s one of the best singer-songwriters in North Texas. “It’s gonna be interesting to see how it is back onstage, with new guys, our first show, everybody sitting with their arms crossed, ‘Alright, asshole. Let’s see if this mother-fucker can pull this off.’ If that’s the way it is, that’s more of the fun.”

Cover to Jetta in the Ghost Tree’s debut show on Saturday at Lola’s are $10-14. Shadows of Jets and Erik Chandler will open.