In the second quarter of yesterday’s Cowboys game, announcer Joe Buck mentioned that former Green Bay Packers quarterback Brett Favre is coaching high school football in Mississippi, and showed a clip of Favre on the sidelines during a big game.

“Of all the guys I played with and against, Brett was the last guy I thought would go into coaching,” co-announcer Troy Aikman said.

“Good for him,” Buck said and changed the subject.

Why not ask Aikman what he meant? Why would Aikman say a future Hall of Fame NFL quarterback would be the last person he could imagine coaching kids? Does he think Favre is a child hater? Stupid? Sexual predator? Drug dealer? Aryan Nation leader? What?

Sorry, folks. Tony Romo’s second December collapse in as many weeks has me agitated. But since I love Romo and the Cowboys, I tend to displace my anger — such as in the direction of that bozo Buck.

Buck: “Did you shoot the president?”

Buck: “Good for you. How ’bout those Cowboys?” 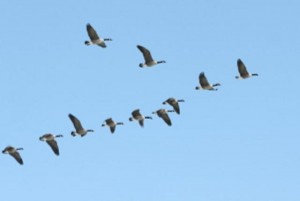 The Cowboys, like many bird species, head south for the winter. December is Romo’s nemesis. He’s 13-19 during that dreaded month. NFL crunch time comes in December. And…

Clinton: “I did not have sex with that woman.”

It’s not as if December has it in for Romo. The month gives him ample opportunities to change his fate and enter the realm of great quarterbacks.

Take yesterday’s game, for example. Romo was given something that great QB’s savor: game on the line, fourth quarter, a minute and a half on the clock, a sturdy offensive line, a talented receiving corps, facing a terrible defense, and 80 yards to go.

Journey’s “Don’t Stop Believing” blared over the AT&T Stadium sound system as Romo led the offense onto the field.

First play — boom! Completion for a first down. Oh yeah, baby! This is it. Choker my ass!

Romo was off all day; weird to say about a guy who threw for 358 yards and two touchdowns. But one of those TDs he threw up for grabs into double coverage and relied on Dez Bryant to out-wrestle the defenders. Romo overthrew and underthrew receivers numerous times, including on both interceptions. And it makes me so mad I just want to…

…slap the snot  out of Buck. He had the gall to say, “This is going to go down as one of the worst defeats in the history of the Dallas Cowboys.”

How stupid is that?

The Cowboys have lost playoff games, championship games, and Super Bowls in its 50-plus years, including the 1967 Ice Bowl championship game against the Packers. Yesterday’s game was just another loss for a mediocre team that hasn’t done diddly in two decades.

Besides, the Cowboys are still in the hunt, just one game behind the Philadelphia Eagles with a final showdown in two weeks.

Sure, Cowboys clock management and play-calling was horrible, and a kindergartener without cleats could run right through this soft defense, but did you notice those goofy horn-rimmed glasses Buck was wearing? Damn him.

On a bright note, Brian Griffin was resurrected on Family Guy, while the unfunny dog from New Jersey was written out of the show. So there’s that. 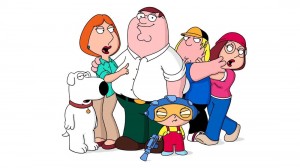