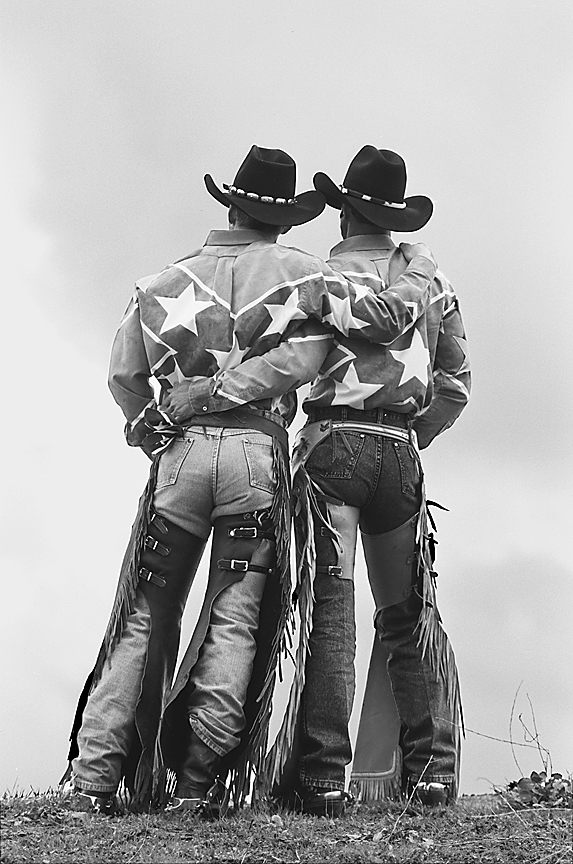 Sweet mother of god, can we hurry up and get this show on the road? Marriage equality, gay marriage, bromances with (state and federal) benefits –– call ‘em what you like, but legal same-sex unions are coming to all fifty states in the next decade or so. And that includes gun-totin’, Babtist-spoutin’, states rights-lovin’ Texas. I know it, you know it, and Rick Perry/Greg Abbott know it. 2013 saw the number of states where gay unions were legalized double. There’ve been some recent court setbacks due to important appeals process stuff, but brace yourself, Texas: The Queer Marriage Menace is on the way, whether you like it or not.

For a long time, it was easy for tradition-minded Texans to pretend like two women getting hitched was something weird and foreign, something… northeastern. Massachusetts? Over-educated political elites made it happen. Vermont? Those dairy farmers have always taken the whole “tain’t nobody’s bizness if you do” credo way too seriously.

But then 2013 rolled around, and suddenly New Mexico and Utah (now in limbo), both red states, turned a flaming shade of pink in the gay nuptials department. New Mexico is sort of Vermont-ish in that it has plenty of wide open spaces populated by folks with a strong sense of individual rights. But Utah? At this rate, if Texas keeps dragging its shitkickers on marriage equality, we’re gonna be forced to stand by and watch while Oklahoma makes a buttload of cash off the gay biker wedding industry. (If it doesn’t exist yet, that state is surely poised to invent it.)

Utah was bad enough, but nobody wants to trail Oklahoma in a race for socially progressive policies. Get your act together, anti-gay Texans. Stop blocking cultural change that’s just, fair, and –– yep, I’ll use the word –– moral. Or don’t stop. Either way, the courts will eventually force marriage equality on your redneck asses. So drop your pants and bend over or raise a toast to the happy bride and groom couples-to-be. The choice is yours.