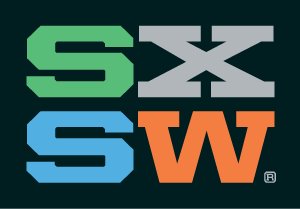 Last night, a man allegedly got hammered, got into his car, got pulled over by the cops, and then tried to flee the scene before he could get arrested for drunk driving. During his flight, he allegedly killed two people with his car after driving it into a crowd of pedestrians.

What do you say about that? Because it doesn’t seem real. It seems even less so when you consider that nothing other than 100-percent fun is supposed to happen during South by Southwest. Maybe you get a sunburn, maybe your band has a crappy show, maybe your dreams get crushed. But those end up being funny stories. What happened Wednesday is anything but humorous. The man, who won’t be identified until he is formally charged, is facing two charges of capital murder and 23 charges of vehicular assault. Most of those people are in critical condition, meaning he may end up killing even more. Again, what do you even say about that?

The texts from my contacts asking if my friends and I were safe started rolling in around 12:30 a.m. Everyone I know got them; few of the messages carried any specifics only that something awful had happened and were we OK? The gravity of the incident became clear to me only after reading the ticker rolling beneath the blurry, cellphone camera video of a shaken and devastated crowd. When you hear or read the words “mowed down a crowd” on a news broadcast, it tends to leave an impression. I’m still trying to make sense of it, because what I intended to do today was leave my car somewhere on the East Side and spend the rest of the day walking around getting shitfaced. You think this thing is about music, but it’s at least as much about drinking, because, above all, South by is about making money –– for the sponsors, for the bars, for the city. Now my happy-go-lucky drunk-in-public plans make me feel dodgy and fake. Or at least vapid and insensitive.

Outside of the shock, and the anger, and all the social media expressions of sorrow and disgust, what more can you say?

Don’t drive drunk. That’s all I can think of now.