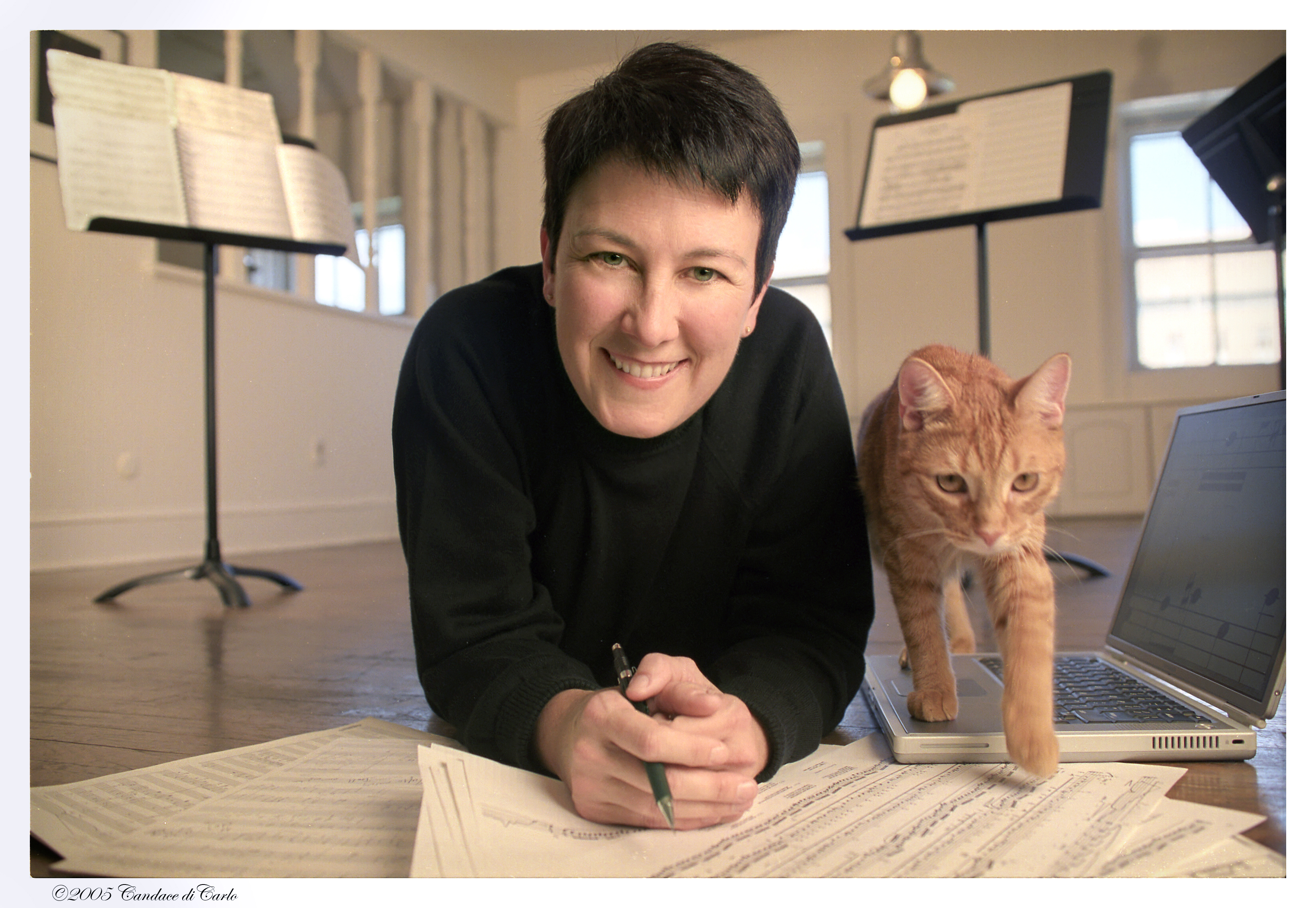 If only seeing world-renown composers perform was as easy as strolling to the neighborhood art museum. Last Saturday was one of those rare days.

Cliburn at the Modern is a fairly low-key event as far as Van Cliburn Foundation activities go. Held twice a year at the Modern Art Museum of Fort Worth and moderated by an always droll and witty Shields-Collins “Buddy” Bray, Cliburn artistic consultant, the program has brought in notable heavyweights John Corigliano, Kevin Puts, and John Bucchino, among others, over the years. This year’s guest composer, the Pulitzer Prize-winning Jennifer Higdon, was making her second appearance after a five-year hiatus. (In the classical music world, the superstar names tend to be instrumental soloists such as Yo-Yo Ma and Renee Fleming, making this composer-centric program a refreshing change.)

Higdon is prolific. She writes 10 to 12 compositions a year, and several of her works are now standard repertoire for major symphony orchestras.

The first of three featured works by Higdon was “Dash” for violin (Swang Lin), clarinet (Daryl Coad), and piano (Bray). The work exuded a primitive fight-or-flight feel as each instrument jabbed short phrases in violent, repetitive gesticulations. The piano, which normally roots chamber music ensembles rhythmically and harmonically, joined in the foray with a barrage of repeated notes, ostinatos, and agitated arpeggiated lines. The nearly five-minute work barely left audience members time to catch their breath before ending in a cascade of crashing notes.

Afterward, Higdon and Bray took a seat onstage and started chatting about composing, life, and all things music-related. Higdon proved herself a lively interviewee, needing only short prompts from Bray to expand on the nuances of composing and realizing artistic self-expression. One poignant moment occurred as Higdon described how her composition students evolve from mimicking their favorite composers to reflecting their own unique voices as creators over time.

The second work on the program, “Clarinet Sonata” (composed in 1990), was an early foray into sonata-form composition for Higdon. The two-movement work certainly drips with youthful exuberance. It begins with a sparse, plaintive piano introduction that is soon joined by a sinewy web of quasi-tonal melodies from the clarinet. The first movement is full of longing and angst, centering around a vocalise-esque clarinet solo that seems to be urgently relating a story, sans paroles, of course.

After a final conversation between Higdon and Bray about her upcoming opera Cold Mountain, based on the book by Charles Frazier, the program ended with a performance of “Piano Trio.” The work, which unfolds in two movements, was intended by the composer to portray two divergent color schemes — pale yellow and fiery red, the music inspired by her partially colorblind father’s vivid paintings. The tender opening movement seemed to glow softly, from the opening line of pianissimo piano chords to the last smoldering ember of sound. The second movement was every bit as diabolical and downright frightening as the subtitle would imply. Here, the piano’s percussive pedigree was on full display as Bray unleashed a torrent of rising scales and explosive octave patterns in the bass. The violin and cello (Leda Larson) worked mostly in conjunction, scratching almost primal repeated ostinatos or mad dashes up and down in alternating turns with the piano.

If any one in the audience knew nothing else about Higdon’s music other than the three works performed that afternoon, it would still be easy to grasp this composer’s intimate understanding of balanced musical form as a means for expression in and of itself and the power of carefully crafted chamber music to convey deeply personal ideas.