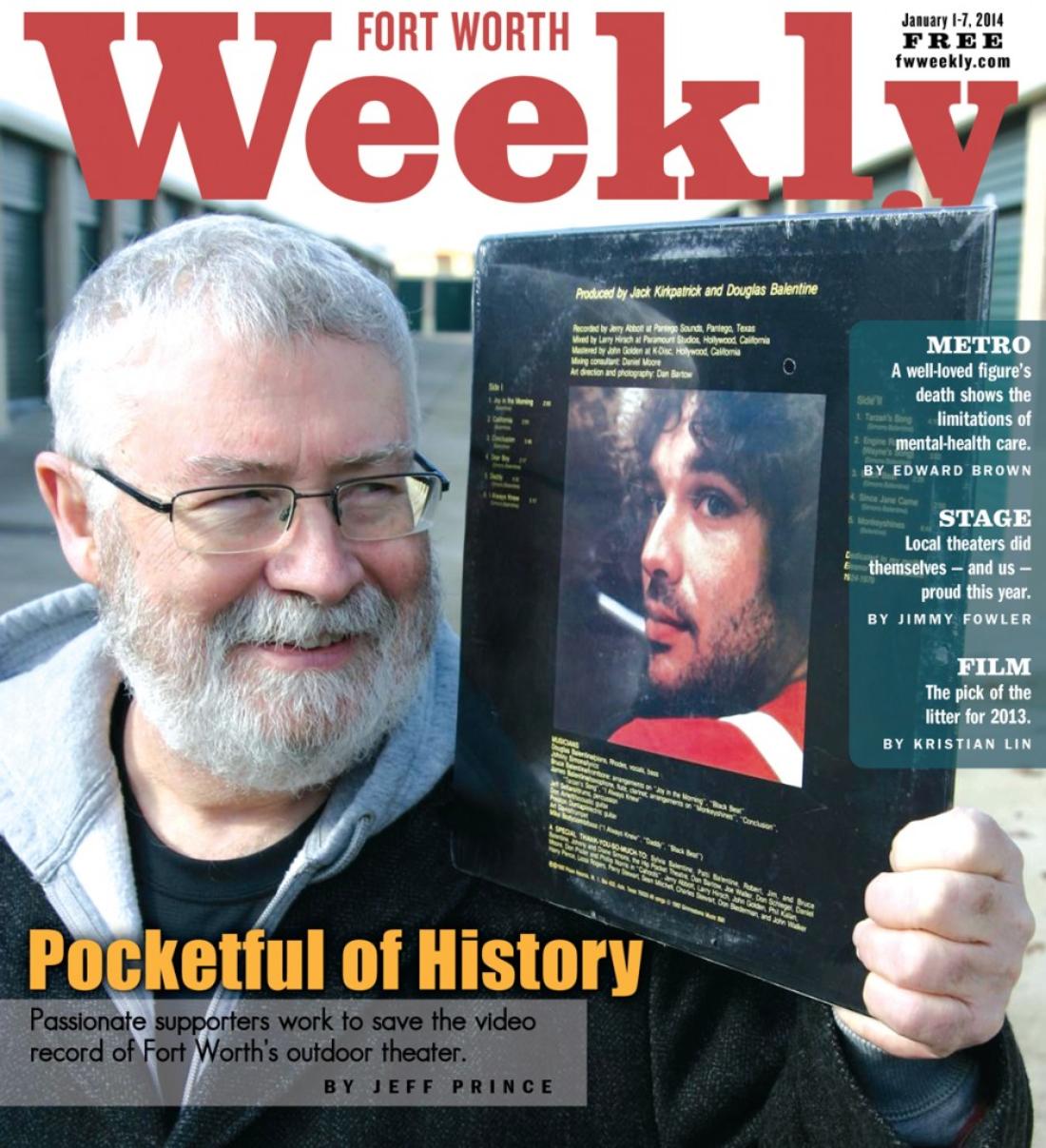 Funding is always a challenge at live theaters, and Hip Pocket Theatre is no different.

Heck, the theater’s name even refers to the struggle.

“Like it’s called, they reached into their hip pocket and came up with the money,” longtime local actor Jimmy Joe once told me about how Johnny and Diane Simons and their friend Douglas Balentine got the theater started.

So it took several volunteers promising hundreds of hours of work, and a Kickstarter campaign raising $28,000, to undertake the task of cataloging and digitizing decades of video material and then making them available on a web site (“A Pocketful of History,” Dec. 30, 2013).

“A significant amount of material is now in digital form, and all of the analog sources have been organized and sorted —  ready for their turn through the digitizing setup,” Balentine said in a recent email.

Balentine set up a stereo system in his apartment to have a natural and controlled way to listen to audio files and equalize the sound on them. He is using a pair of  Klipsch loudspeakers that and his brother used decades ago in their old sound studio.

“It was in that studio that Doug and Johnny first brought much of this music into existence, and it was through those speakers that we heard both of their voices so many times,” Balentine said. “It might just be me, but I swear that those speakers smiled and relaxed when they were asked to reproduce the sound of Doug’s voice after all these years. It’s as though they warmed to the honor of the task, and put out that extra clarity that Klipsch are famous for.

“So although the work itself is tedious and difficult, I think I’m the luckiest one on this whole project, because I get to hear every single one of these tapes before packaging them up ready to load onto our website down the road. I really miss Doug. It’s nice to have him back in my living room with me,” Balentine said.