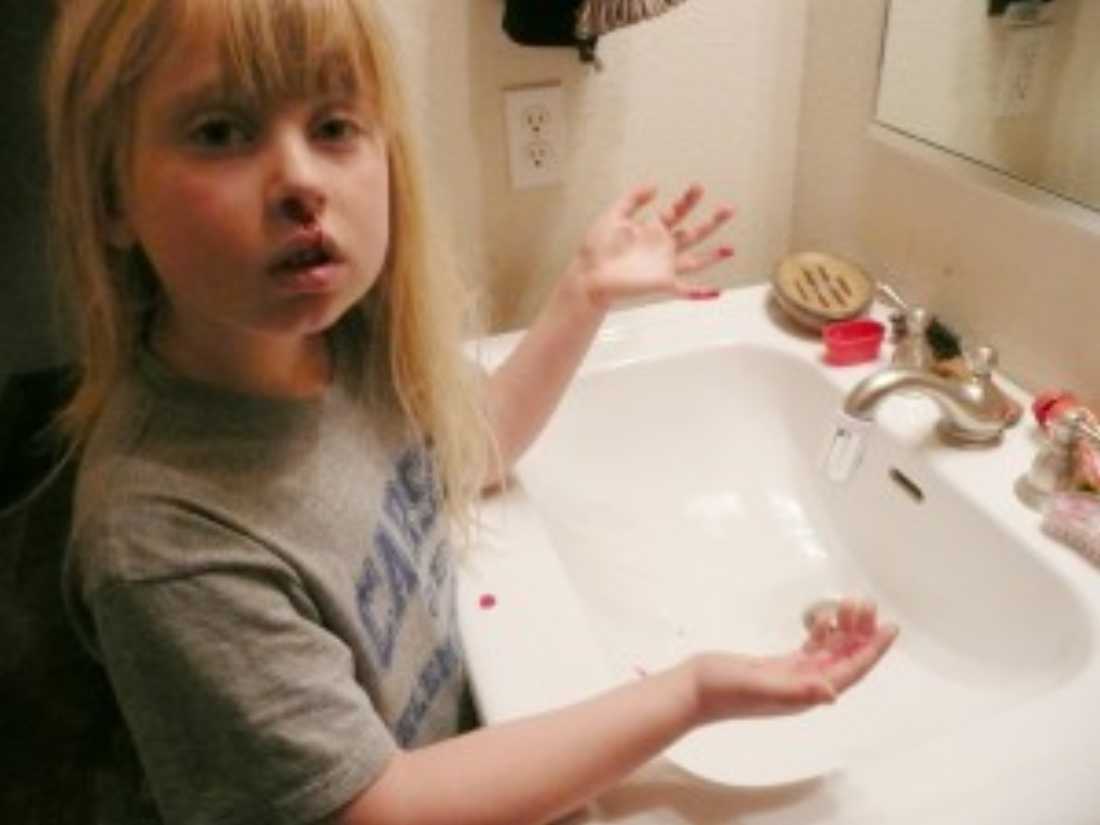 In the three years since a Wise County couple sued Aruba Petroleum for the severe health problems and lost property value that they charge were due to nearby gas drilling, the company did little to defend itself: Aruba lawyers made no settlement offers, and they put no company officials on the stand during a two-week trial.

“It was as though they thought it would just go away,” said Parr family attorney Brad Gilde.

But it didn’t. A Dallas jury last week handed the Parrs a judgment of almost $3 million — according to Gilde and others, it’s the first time a gas company has been found at fault in this country in a suit brought by a homeowner. In many similar cases, gas companies have settled out of court, but homeowners were required to sign gag orders in return for monetary settlements. A judgment in open court carries no such requirement.

Gas industry critics hope the judgment will usher in a new era in which drillers are forced to take responsibility for environmental, health, and property-value damages.

The win is “huge, just huge,” said former DISH Mayor Calvin Tillman, whose town came under siege by gas drillers several years ago. “To have a win like that from jurors in Texas for people who were being trampled on was outstanding. And hopefully this will send a message to the industry that they will not get away with this anymore,” he said.

For Robert and Lisa Parr and daughter Emma, the April 22 verdict was a vindication. Within six months after Aruba began drilling wells near their 40-acre property, first Lisa and then Robert and Emma variously suffered blinding headaches, vision and hearing problems, rashes, and swollen lymph nodes. When they hired a company to take air samples, a doctor took one look at the results and “told us to move immediately,” Lisa Parr said.

When an investigator from the Texas Commission on Environmental Quality showed up to collect air samples, he got sick too. TCEQ samples showed illegal concentrations of more than 30 dangerous chemicals, including benzene and hydrochloric acid. The family was forced to move to Robert’s office in Denton.

“You have no idea how bad it was,” Lisa said. “We went from having a house in a beautiful valley surrounded by 40 acres of pastures to being so sick that at one point I had eight specialists trying to figure out what was wrong with me.”

Throughout, she said, she and her husband got no response from Aruba. “Nobody there would help us,” Lisa said.

After the verdict, Aruba spokesman Fred Stern issued a press release saying that the facts in the case “do not support the verdict” and that Aruba believes “the plaintiffs were neither harmed by … our drilling operations nor was the value of their property diminished” because of the company’s work. Stern declined to comment further or to speculate on whether the company will appeal.

“The well closest to us was shut down completely,” said Lisa Parr. “And Aruba was made to put devices on their wells to recover more of the gas that was escaping. They’re not the best recovery units, but it was still a first for the AG, and it’s better than it was. A lot. In the summers we still feel some effects, but it’s not nearly the same as it was.”

How is her health now? “We’re OK. What’s striking is our animals. We had calves that were being miscarried and one calf that was born hairless altogether. That has stopped. Our animals are healthy again.”

Aruba “can do it right if they want. In this case they just had to be forced into doing it right,” she said.

Robert Parr bought the Wise County property in 2000. He married Lisa in May 2008. Gas drilling started that August.

“In late December, I started getting sick with blinding headaches and nausea and dizziness,” Lisa said. “I blew it off like it was the flu. But it didn’t stop. In 2009 I started having vision and hearing problems and muscle spasms. I developed a rash over my entire body. My lymph nodes were so swollen they looked like pecans sticking out of my skin.”

By 2009 she estimated there were nine wells within a quarter-mile of their home, but Lisa didn’t make the connection between that and her sudden and inexplicable illnesses.

“And then my husband and daughter began getting sick,” she said. Eventually, she said, she understood why she got sick first: “I was a stay-at-home mom, so I was exposed to the fumes all day and night, while my husband went off to work and Emma went to school, and so they were not in it all of the time.”

Next door, Tim and Christine Ruggiero were also struggling with Aruba. Tim called Robert one day in September 2009 to help him move a fence. By chance, environmental scientist Alisa Rich, owner of Wolf Eagle Environmental, was there, testing the air and water quality at the Ruggieros’ request.

“She told [Robert] what chemicals were present and what exposure to them could lead to,” Lisa recounted. “My husband told her that was what was wrong with me.”

The Parrs hired Rich to take air samples on their place as well. Results showed a long list of dangerous chemicals, but the couple felt they couldn’t move immediately because their animals, including horses and cows, needed tending.

Instead, they bought air and water filtration systems for their house. But by the end of July 2010, conditions were so bad that the Parrs called TCEQ. When the investigator came to inspect the well closest to the Parrs’ home, “he collected air samples and in less than an hour got sick and left,” Lisa said.

TCEQ samples showed 30 dangerous chemicals that were present at higher than allowable limits for both short- and long-term exposure; 20 of them were the same that had been found in high concentrations in Lisa’s blood and lungs.

The Parrs moved quickly to Robert’s office in Denton where they lived for nine months, with daily trips back to their place to tend the animals.

Throughout their ordeal, Lisa said, both she and her husband repeatedly tried to contact Aruba. “They had so many opportunities to help us, and they wouldn’t even talk with me.” Eventually, in March 2011, the couple felt they had no choice but to sue Aruba.

Aruba, meanwhile, was talking to the Ruggieros, possibly because Tim was talking to every news outlet he could find about how sick he and his family were from the poisonous gas on his property. Aruba finally settled with the Ruggieros for an undisclosed amount of money, and that family was able to move. The settlement included a nondisclosure agreement.

Gilde, the attorney, said he was surprised that Aruba never tried to settle with the Parrs. “Aruba basically buried their heads in the sand,” he said. “Three years of litigation, and they never made an offer.”

But he understood why Aruba might think they could ignore the Parrs: No one had ever beaten a gas company on health and property issues in open court before.

“This was a David versus Goliath case all the way,” he said. “When I signed on I didn’t even think of winning or losing. I just thought about the harm the Parrs had suffered, and I couldn’t say no.”

Sharon Wilson, the Texas representative for the Oil and Gas Accountability Project and long time anti-gas drilling blogger, said the suffering the Parrs went through was staggering. “Anyone who has not been through that would have a difficult time understanding how hard that stress is on a family.”

Wilson said she hopes that the Parrs’ victory will give more people courage to take gas companies to court without being gagged. “That’s important. The Parrs can talk about this everywhere and get the word out.”

She also said that the verdict shows how far toxins travel. The closest well to the Parrs was nearly 800 feet from the house; others were a quarter of a mile away, but toxins from those wells still reached the Parrs. “Which means our setbacks in Fort Worth and elsewhere simply don’t offer protection to people,” Wilson said.

“You know,” said Lisa, “even after all of this, my husband and I are not against drilling. But we want it done in a responsible way. And that just didn’t happen here.”