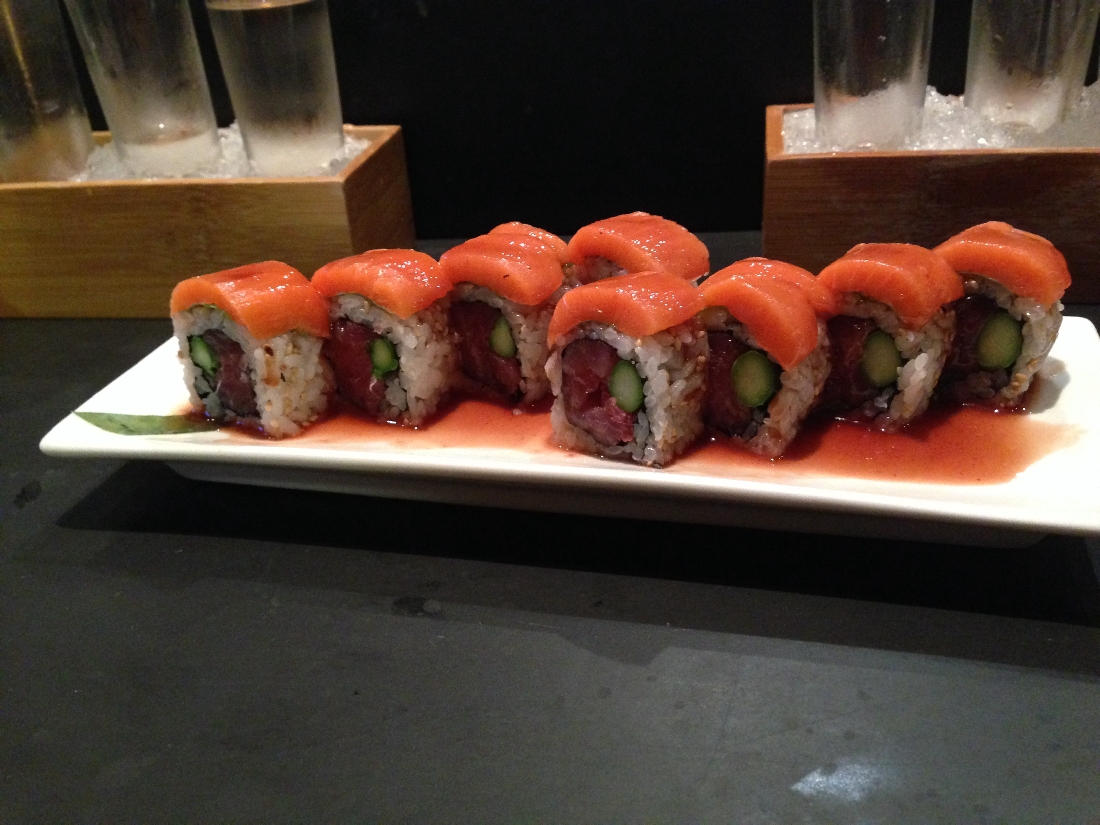 For the last week or so, Chow Baby has been moping around like Eeyore with serious first-world problems. That’s the phrase that Chow, Niece taught me when I was moaning about how cruel it was that Siri, the tiny sedate-sounding woman who lives in my iPhone, wouldn’t dial the correct Tom Thumb grocery store. A rough translation is, “Oh, poor you. Suck it up.”

My culinary malaise started on Monday, when I heard the news that Chef Jesus Garcia of Little Lilly Sushi (6100 Camp Bowie Blvd. #12) had had a falling out with the owner of the place. In my opinion, the charismatic 26-year-old had staked his place among the city’s very best chefs.

Just one Saturday earlier, a guest and I enjoyed dinner at Garcia’s sushi bar, where I’ve sat almost every time I visited and have never once looked at a menu. As was our custom, he asked us how much we wanted to pay and then just kept the food coming.

We started out with a zesty and refreshing uni (sea urchin) and quail egg shooter served in a hollowed-out lemon, with grated daikon radish, masago (tiny roe), scallion, and a citrus-and-wine-based yuzu ponzu sauce. The second course was Japanese sea bream sashimi with a peppery citrus sauce. The middle part of our meal featured several cooked dishes, the first of which was an unbelievably crunchy and juicy Chesapeake Bay soft shell blue crab. Next was Jidori chicken oysters — chicken thigh morsels cooked over Japanese charcoal with just salt, pepper, and lemon. The final morsel in the cooked portion of the show was a Berkshire pork slider in a nori brioche bun, with house-made mayo and plum tonkatsu (plum ketchup), and tempura and bonito flakes.

The last course was a thrilling trio of raw brilliance. First came the chef’s seasonal Tiradito roll, with aji amarillo-lime marinated scallops and cucumber inside, and Japanese sea bream on top. The roll was spicy and ceviche-esque, bursting with citrus notes. The second roll was filled with tuna and asparagus and topped with coho salmon, accompanied by a tart berry-soy sauce. We ended our dinner, as we have many times, with the intense, sexy, indulgent salmon roe dripping with a raw quail egg.

Afterward, sated and safe in the assumption that Little Lilly’s would reign forever, we lamented some of our other favorite places that have gone the way of the dodo. Then we scared ourselves silly by imagining the Fort without these near-holy culinary messages from Garcia. It was a post-apocalyptic hellscape where winged demons feasted on human eyes and no one in town served salmon roe with quail egg.

Then Monday came. Garcia told me in an e-mail that he’s headed for Seattle to work at the famous ramen restaurant Hokkaido Ramen Santouka.

I sought solace at one of my standby restaurants, Winslow’s Wine Café (4101 Camp Bowie Blvd.). I longed for the textural symphony of the Winslow’s Crunch, a pizza with mozzarella cheese, tomato sauce, pepperoni, jalapeños, blue cheese, red onion, and house-made potato chips, all topped with crème fraiche. To my horror, the new chef had taken it off the menu. We opted instead for the disappointing tenderloin pizza ($19). The spinach, tomato, caramelized onions, capers, and manchego and mozzarella cheeses, with jalapeño and garlic chimichurri sauce, were great sidekicks. But the tenderloin itself was so overcooked it tasted like school cafeteria mystery meat.

The next weekend I went to Fireside Pies (2949 Crockett St.) and learned that the mushroom arancini, a gooey breaded and fried ball of mozzarella cheese served with a warm pomodoro sauce, had been taken off that place’s menu. My eyesight dimmed. Civilization was ending … oh, wait, here was our shrimp and scallop pizza ($14), with garlic and pesto. In fact, as it turned out, the whole dinner was pretty damn brilliant.

So, what was I saying? Ah, yes. Culinary tragedies. An arancini-shaped hole in my heart. No, we’ll never forget Garcia or the Winslow’s Crunch. But, you know, life moves on. And I’m hungry.