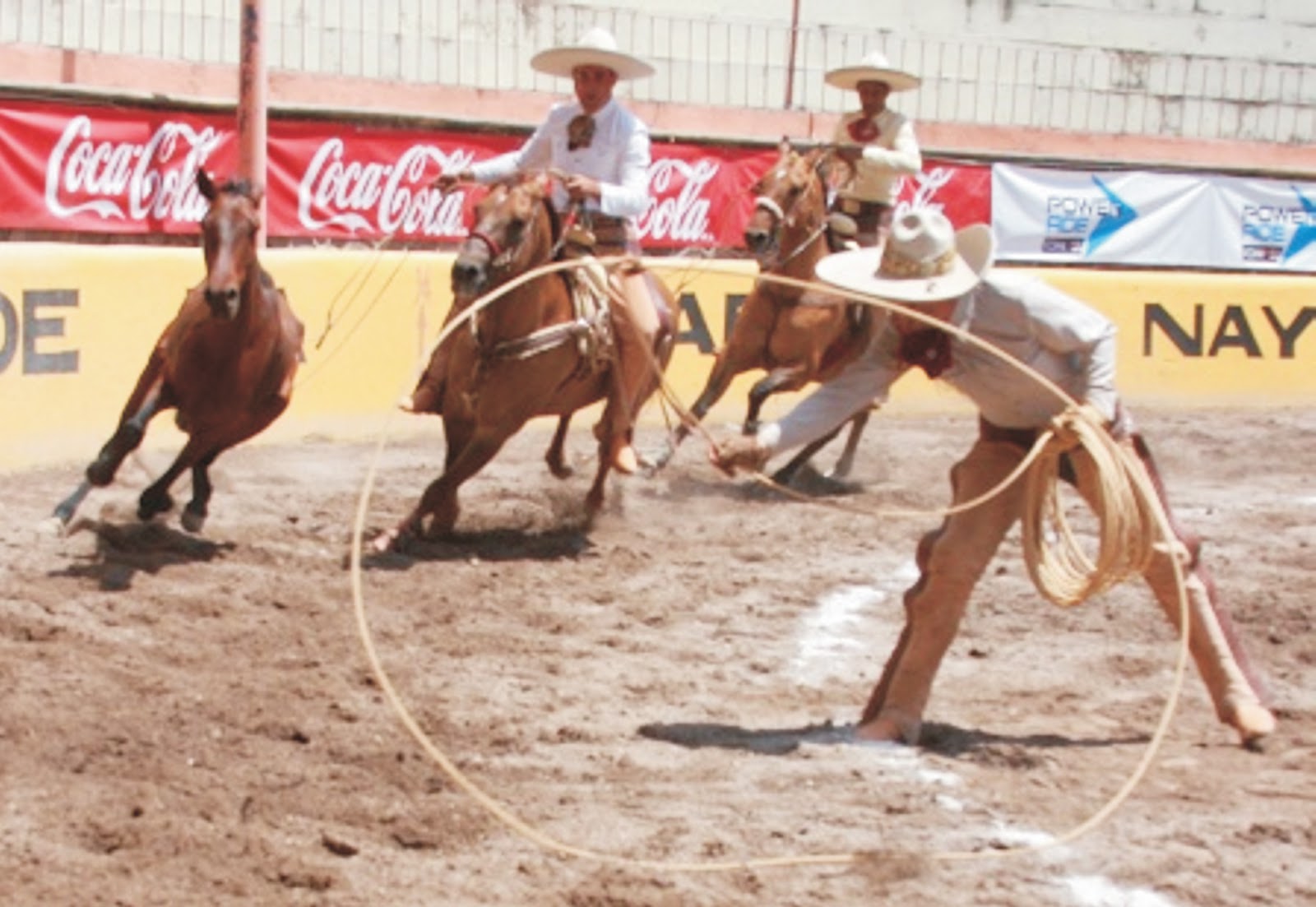 Similar to rodeo, charrería is a traditional Mexican competition demonstrating skill in horsemanship. The World Series of Charrería will bring this style of horse show to the Will Rogers Memorial Center, the first time this high-level competition has been held outside of Mexico. The event includes the escaramurza, exclusively displaying the skills of female riders. It runs today thru Sun at 3401 W Lancaster Av, FW. Tickets are $45-205. Call 817-392-7469.

If you’re near downtown Fort Worth during your lunch hour, you should drop by Sundance Square for the National Tourism Week event that’s being called the Fort Worth Block Party. Whiskey Folk Ramblers, Los Noviembres, and members of Fort Worth Symphony Orchestra will provide music while city staffers put on various activities touting the spiffed-up downtown as a destination. 11am-2pm at 4th & Main sts, FW. Admission is free. Call 817-255-5700.

Richard Williams raised and coached two of the greatest women’s tennis players in history, but his memoir Black & White: The Way I See It is less about his pedagogical methods than about his experiences with racism. We’re sure he’ll have some insights into last week’s Donald Sterling flap when he appears at 7:30pm at the Dock Bookshop, 6637 Meadowbrook Dr, FW. Admission is free. Call 817-457-5700.

This year marks the 30th anniversary of the premiere of August Wilson’s Ma Rainey’s Black Bottom, a powerfully tragic stage play that explores the roots of racism through the story of a recording session in 1927, as an ambitious jazz-oriented trumpeter runs up against a blues singer who’s set in her ways. Jubilee Theatre honors this important work with a production that runs May 9-Jun 8 at 506 Main St, FW. Tickets are $15-25. Call 817-338-4411.

“Acedia” is defined as a state of boredom and apathy and was the original name of the deadly sin known as sloth. It’s the title of Sydney Bell Herndon’s playlet, which will receive a staged reading this afternoon as a finalist in the High School Playwriting Project. Three other plays, including Rachel Ann Levy’s delightfully titled Why I Love Hot Gas, will also be read. The performance starts at 3pm at Circle Theatre, 230 W 4th St, FW. Admission is free. Call 817-877-3040.

Metal bands from all over the country will visit Diamond Jim’s Saloon in Arlington as part of the Sinners Are Saints tour. The headliners are from Mobile, Ala. (D.R.E.A.D.), Toledo, Ohio (The Convalescence), and Flint, Mich. (Variables), but they’ll be sharing the stage with local acts Ancient Decay, The Initiative, and Lobotomy. The music starts at 8pm at 305 N Great Southwest Pkwy, Arlington. Admission is $10-12. Call 817-633-2838.

Johannes Brahms started out writing pieces for solo piano and then, as he gained confidence, branched out into composing chamber music, songs, and symphonies. However, as his life wound to a close, he went back to composing pieces for the piano. This evening, Barry Douglas will perform both Brahms’ exuberant early Third Sonata and his reflective late Op. 119 piano pieces, plus works by Liszt and Schubert. The recital starts at 7:30pm at Bass Performance Hall, 555 Commerce St, FW. Tickets are $20-90. Call 817-212-4280.