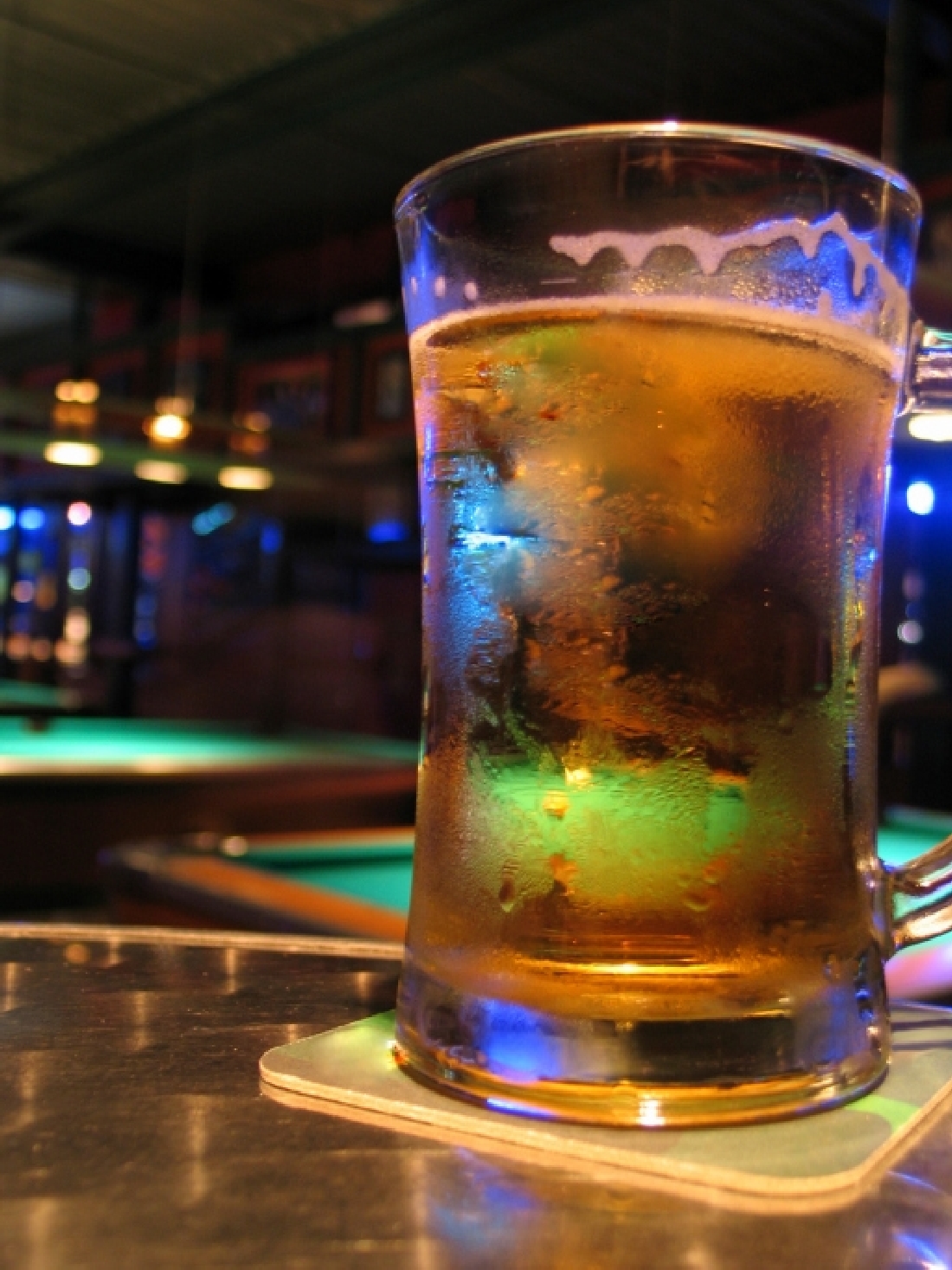 I’m not terrible at pool, but I’m far enough from good that I normally stay away from any tables where players exhibit the slightest bit of competence. It’s not that I hate losing. I guess I just don’t enjoy making public displays of bumbling inadequacy. Knocking billiard balls around a table is sort of fun in that my failures tend to highlight my hilarious ideas about geometry, physics, and depth perception. I also suck at breaking. On a scale of public sports shame, I’d put it about midway between whiffing an easy kickball pitch and scoring on yourself in foosball, which means it’s way worse than missing a free throw but not as bad as swimming the wrong stroke in an 800 relay. As such, I tend to miss out on bars that emphasize billiards.

Despite my mild aversion to pool, I recently checked out this place called J.J. Dakota’s Billiards. Tucked into the corner of a strip mall about a block east of Loop 820 West on Camp Bowie Boulevard, J.J. Dakota’s sort of splits the difference between Cavernous Billiards Bar & Sports Grill and rough-and-tumble neighborhood watering hole. If you’ve ever been to tried-and-true Rusty’s Billiards, also on Camp Bowie, Dakota’s is pretty similar, though I like the latter’s lighting better — I don’t know if it’s the wattage of the light bulbs or what, but Rusty’s seems a little too bright for my tastes. J.J. Dakota’s is not exactly a dark, intimate lounge a la A Great Notion or The Poop Deck –– the place is huge, with high ceilings –– but it’s adequately dim.

NASCAR hoods emblazoned with the logos of Budweiser, Coors Light, and Miller Lite on one wall pretty much tell you all you need to know about the beer selection, but I don’t think anyone would come here because he was craving a Maredsous. The main draws are the dozen pool tables that occupy the main section of the room, lit by Coors Light lamps and used, during my visit, by some people who like Tejano music.

I don’t really have an opinion on Tejano, though I was pleasantly amused when the pervasive quietude of a handful of people shooting pool was shattered by the urgent, earnest thunder of tuba and guitarron blasting out of the sound system. And then that handful of people got a lot louder, as if all the place needed to light the party fuse was some Mexican pop music. Then, as suddenly as it began, the squall of accordions and Spanish was over, and the room returned to the comparative serenity of softly clacking billiard balls, at least until another dude fed some money into the internet juke.

Overall, the vibe at J.J. Dakota’s was amicably rowdy, or raucously friendly, or noisily fun, or any other combo of modifiers that encapsulates the experience of shooting pool with dudes who sing the “ay ay ay” parts of mariachi songs. If you prefer cool, dark, and serene, this isn’t really for you, but if you like being around people having a blast, J.J. Dakota’s is well worth a relatively short drive west. Besides pool, there’s a row of electronic dartboards, as well as a single, lonely foosball table nestled near the low wall separating the darts half of the room and the pool tables. And even though it’s spacious and centered on bar games (the windows facing the parking lot advertise billiards after all), the actual bar at J.J. Dakota’s possesses a vestige of a tiny, smoky dive –– the upper part of the bar is fronted with backlit stained-glass panels, the center bearing the establishment’s name in a jolly, sweeping script, the kind of thing you see in a carpet bar with a capacity of fewer than 100 people. And like many of that species of bar, J.J. Dakota’s has a separate video poker lounge, its entrance near a single pool table and a wall of vertical wooden slats covered with beer logo-adorned mirrors.

Being competitive at pool is probably outside my skill set, but when it comes to sitting around drinking macrobrews, I can hang with the best of ’em. Maybe if I combine the two more frequently, I’ll discover some sort of alcohol-inspired talent. And even if I still suck, getting to the bottom of a bunch of Budweisers makes me feel like a winner. –– Steve Steward