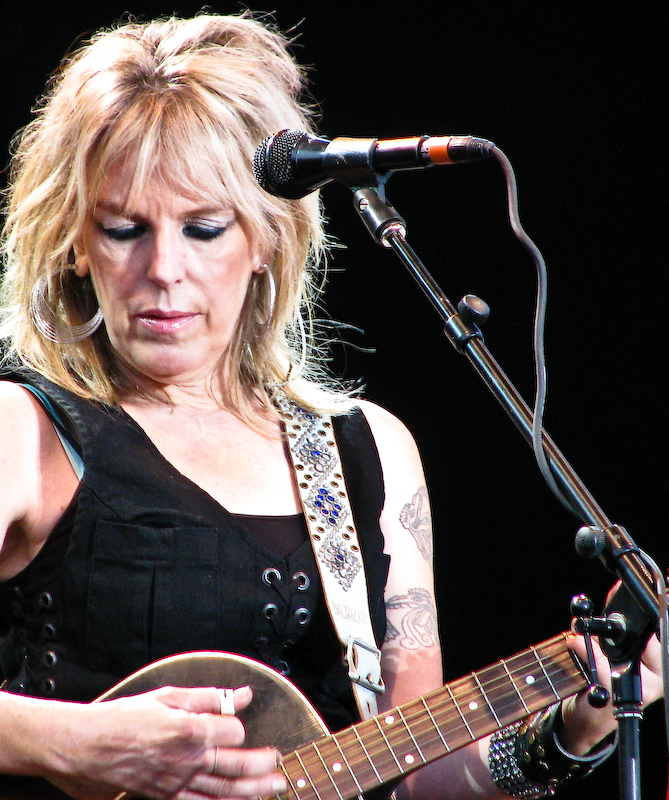 One of the best ways to gauge the stylistic breadth of Lake Charles, LA native and singer-songwriter Lucinda Williams is to chart her genre-hopping Grammy wins. Out of 15 nominations, Williams has scored in three different categories: Best Country Song for Mary Chapin Carpenter’s 1993 rendition of her “Passionate Kisses”; Best Contemporary Folk Album for her 1998 commercial and critical breakthrough Car Wheels on a Gravel Road; and Best Female Rock Vocal Performance for her own 2002 “Get Right With God.”

It’s that casual, gut-level mastery of Americana forms that explains why, at any given performance, Williams scrambles all the expectations audiences can have of a female singer-songwriter. She might emerge onstage looking like a 1980s Whisky a Go-Go survivor in punked-out mascara and unruly hair, fronting a band as tight and high lonesome as any veteran honky tonk crew who’ve gigged at Billy Bob’s since the ‘70s. Then she opens her mouth, and the ragged voice of a weary but imperturbable ‘60s troubadour comes sailing out, witnessing to the lives of working people, drunken paramours, men with no dreams, women with no justice, and always, the hope of redemption from a new romance or a stranger’s kind words.

Williams is so unique in American alternative music, you have to describe her in goopy force-of-nature ways: She’s like one of those sudden mid-summer thunderstorms that brings cool drops of rain and beautiful displays of lightning to take your mind off the grinding heat. Just as quickly, she disappears again. With that in mind, you better catch her headlining performance at tonight’s FWMF. God only knows when she’ll be heading down these gravel roads again.