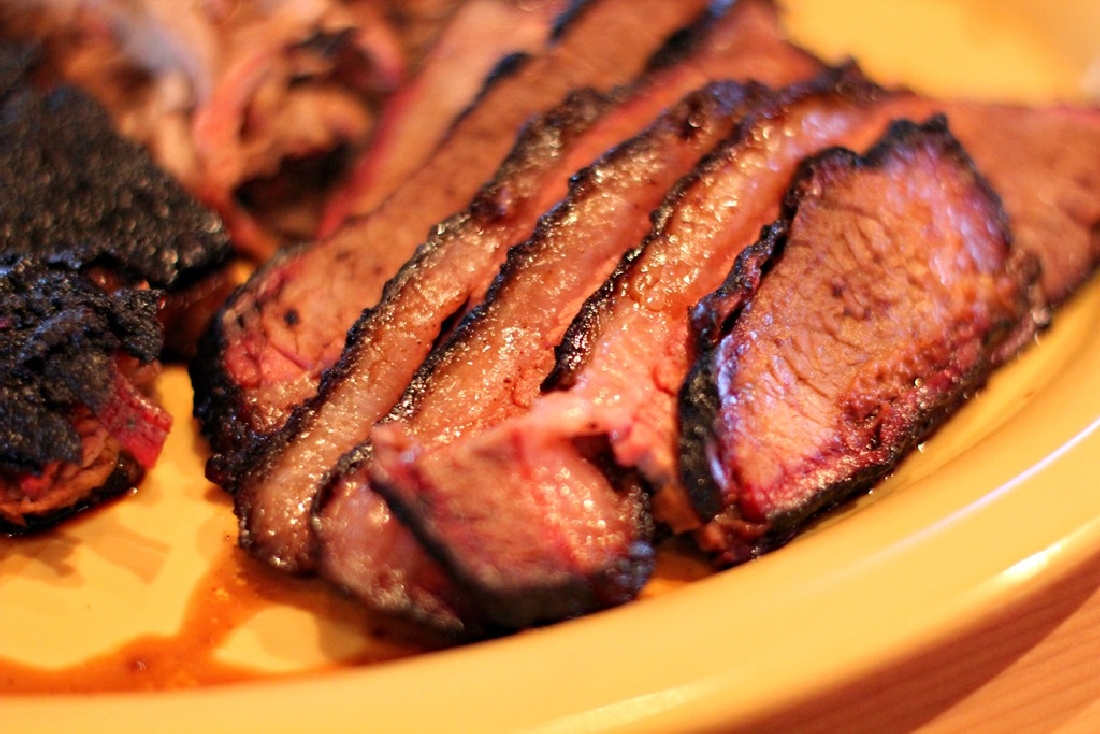 TV announcer’s voice: “Two Fort Worth restaurants appeared on gimmicky fix-my-restaurant shows. One show promised to fix the place’s concept and menu, and the other documented the restaurant competing with a Dallas barbecue joint for prize money. Both experienced the entire cycle of abuse at the hands of some British guy. Having experienced their share of reality-show heartbreak, the two eateries now face something potentially far more traumatic (dramatic music): The Chow, Baby Review.”

The Food Network’s On the Rocks came to Fort Worth to rescue TCU-area bar XII Whiskey, a joint set in what the show’s host called “a bustling college town just outside of Dallas.” (Cue local audience groaning.) The host in question, British bar consultant John Green, brought in then-Rodeo Goat chef Damien Grober, who re-worked the menu. Green and his crack team of “experts” gave the place its current identity, The Science Lab Bar & Grille (2858 W. Berry St.).

The result of the restaurant-by-committee is a kitschy, inauthentic place. The walls are decorated with squares from the periodic table, and each menu item has a science-related name, like “quantum corn” and “big bang bacon burger.” On a recent visit, I learned that the owners are already ditching Grober’s fancy-ish menu for a more college-student-friendly version. The night my guest and I visited, the bar felt like a funeral parlor, and the staff had the enthusiasm of pallbearers. But the worst part was the food.

Since the menu was in a transitional phase, only select appetizers and burgers were available. We started with the flavorless “periodic pickles” ($5), served with a house-made ranch dressing and a batter that tasted like sawdust. The “atomic wings” ($11) were first served cold, and then cloyingly salty. The Angus beef on both of our burgers was great, though the sesame seed bun on the “Molten Calcium Burger” ($9) had the molar-cracking impact of a 10-day-old frozen bagel. None of the burger’s three cheeses (American, Swiss, and provolone) were melted. The fries were undercooked, and just to even things out, the onion rings were overcooked. Apparently scientists make terrible fry cooks.

I’m happy to say that Billy’s Oak Acres BBQ (1700 N. Las Vegas Trail), recently featured on the pilot episode of Spike TV’s Hungry Investors, fared much better. In that series, two restaurants compete for investors’ money, kind like of a cross between The Shark Tank and Kitchen Nightmares. Like every other show in the genre, it features a yelling British asshole who turns into a cuddly puppy by the end. Billy’s Oak Acres didn’t win the investors’ money, but it certainly won over my taste buds.

The place is set in a dilapidated house with warped, uneven floors, but that just adds to its rustic charm. Table-service is rare at a barbecue place, and the servers are fast, friendly, and knowledgeable — though there isn’t much to know. The place serves five kinds of meat and four sides.

On my two-meat plate ($13.95), I enjoyed the moist, tender pulled pork and the spicy sausage, which had a nice snap to the casing. My guest got the smoky brisket, with a halo-like smoke ring from its low-and-slow preparation, and the pork ribs, which were dry and tough, though their flavor was nice. The house-made potato salad is a must-try side, though the green beans tasted as though they were from a can.

Our shocking conclusion: I guess British reality show bullies can’t fix everything. At least Billy’s Oak Acres already has barbecue down to a science. As for the Lab Bar, those folks should keep experimenting. But we don’t volunteer to be test subjects again.