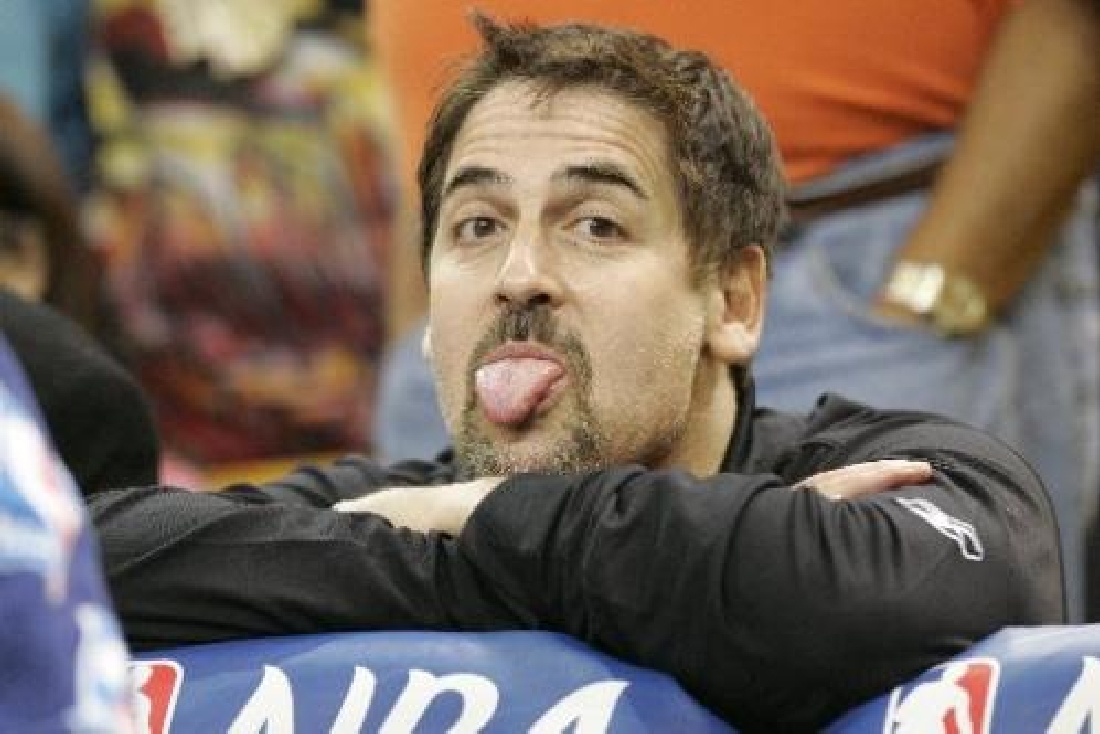 Mark Cuban is a lightning rod who isn’t afraid to give his opinion on anything from the state of journalism to politics. But he’s not just a lunatic in a tinfoil hat collecting stray cats (no offense to our in-house cat lover, who as far as we know doesn’t line his gimme caps with shiny stuff). Recent revelations have made Cuban look reasonable … kinda.

Cuban went ballistic about poor officiating in the 2006 NBA finals after his beloved Mavs lost to the loathed Miami Heat.

Less than a year later, long-tenured NBA ref Tim Donaghy admitted to fixing games to get himself out of gambling debt. In fact, he went further and alleged widespread game-fixing by the league, including the heartbreaking 2006 finals, as Cuban had claimed.

More recently, Cuban actually sounded reasonable and measured in response to Don Sterling’s racist comments, made to his then-gal on the side, who was recording the conversation. Cuban spoke strongly against Sterling’s comments, but he was also the only owner in the league who questioned the wisdom of forcing Sterling to sell the Los Angeles Clippers because of comments he made in private. Cuban said the move could set a precedent to allow the league to force out owners they simply don’t like. (See: Cuban.)

We’re worried about a different slippery slope. If Cuban gets all sane on us, and Tom Hicks is gone, what local major-league owners can we make fun of? Oh, right. The Jerry is still with us.

Now I Feel Indifferent … Not

Sarah Jaffe and her music are pretty kickass. Static didn’t mind when Jaffe showed up hammered for her gig in March at the Shipping & Receiving bar. She flubbed guitar chords, flipped off audience members, and cursed at people over the mic. No harm done. Jaffe will never be mistaken for Miss Sunshine, but she’s a clever, funny, good ol’ Denton gal who’s entitled to blow off steam now and then.

The next day, she tweeted to her Fort Worth fans: “Hope I can make that one up for ya. Not my best but thank you for the love and I’ll see ya soon!”

See — a sweetheart. And she’s true to her word: She’s coming back to Fort Worth on June 21 to play a free show at the Kimbell Art Museum. The museum is hosting “Matsuri: A Samurai Festival” in connection with the current samurai armor exhibition.

The event is billed as a free family affair for all ages. Here’s hoping Jaffe minds her Ps and Qs and doesn’t try to lop off the heads of heckling schoolchildren with one of those ancient swords. But even that would be OK as long as she plays “Clementine.”