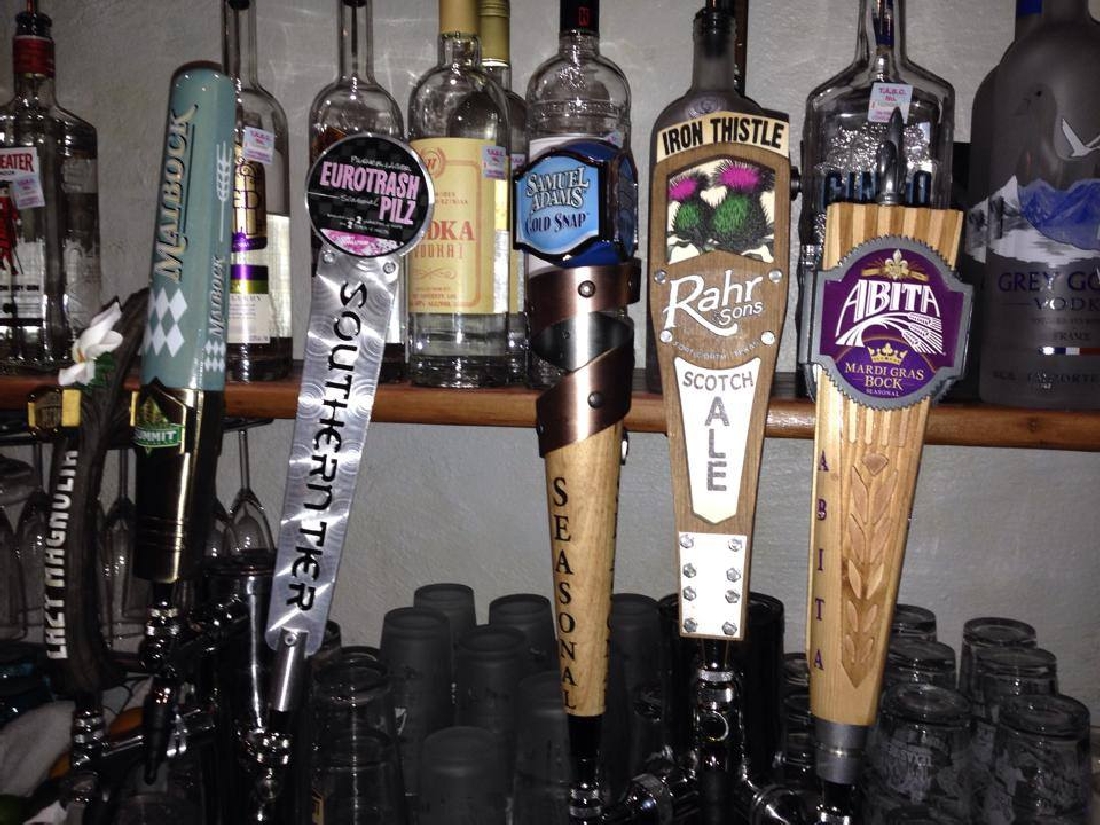 I’d like to say I didn’t have a good reason for taking so long to write about Proper, the newish bar on the less trendy end of West Magnolia Avenue, but the truth is that in my first couple of visits, I really wasn’t wowed in any major way. Back when the bar first opened a couple of months ago, the service could be best described as deer-in-the-headlights. That, coupled with a cardboard cut-out of the Most Interesting Man in the World slouching in one corner, made me feel like I should find a more compelling spot to comment on. But now, four months later, Proper’s staff (and owners, as it turns out) have more or less figured out how to bartend, and that hoary old goat who doesn’t always drink beer is no longer cheesing up the joint with his two-dimensional exhortation to “drink well.” Minus those distractions, I was finally able to see Proper’s appeal.

Proper deserves credit for being the first new business to dip a toe on the other end of Magnolia. It’s not the equivalent of colonizing the New World or anything, but the part of Magnolia to the east of Hemphill Street is pretty spare in terms of social venues –– so establishing that beachhead is at least a bit brave. It’s not a long walk to Proper from a place like Brewed, but you do have to hike across Hemphill and its dirt piles and construction markers onto a comparatively sunbaked stretch of street just to reach one bar. But with the Thai restaurant Spice open next door, maybe there’s hope for that section of Magnolia to join the scene.

If that’s the case, Proper is a pretty comfortable spot for holing up. Bright and airy courtesy a pair of broad 8-foot-tall windows, the interior consists of reclaimed boards, unfinished ceiling beams, and a sky-blue paint job that give the place the vibe of a country inn. Meanwhile, the track lights illuminating the local art on the west wall and the high-end liquor shelved above the beer taps remind you that you’re still in a big-city bar.

Along with a robust list of bottled beers, Proper boasts about a dozen craft beers on tap, and there are six whites and three reds on the wine list. There’s also a cocktail menu, featuring some libations from personal recipes. In all, Proper offers enough for casual palates to enjoy and for mixologist nerds to pick apart.

Of course, a drink list does not a good bar make — some of my favorite bars in the world are dumps that don’t serve much beyond domestic bottles –– and Proper’s inability to knock me out initially can be chalked up to its newness and lack of rhythm. The crowds, in other words, were really made of the curious. But now it’s gathered enough neighborhood approval to be its own thing. In my opinion, it’s a clean, comfortable grown-up bar. From the quiet atmosphere to the Zen-like serenity of its patio’s crushed rock and simple, wooden furniture, it’s an understated place with low-lighting and makes a pretty nice place to take a date.

As with the blocks south of Vickery Boulevard, I hope more places open between this joint and the popular end of the street to give Proper better footing as a walkable destination. I think the bar can hold its own now in terms of service, which means it’s a fun place to begin or end your night or while away an hour or two of a hot afternoon. –– Steve Steward