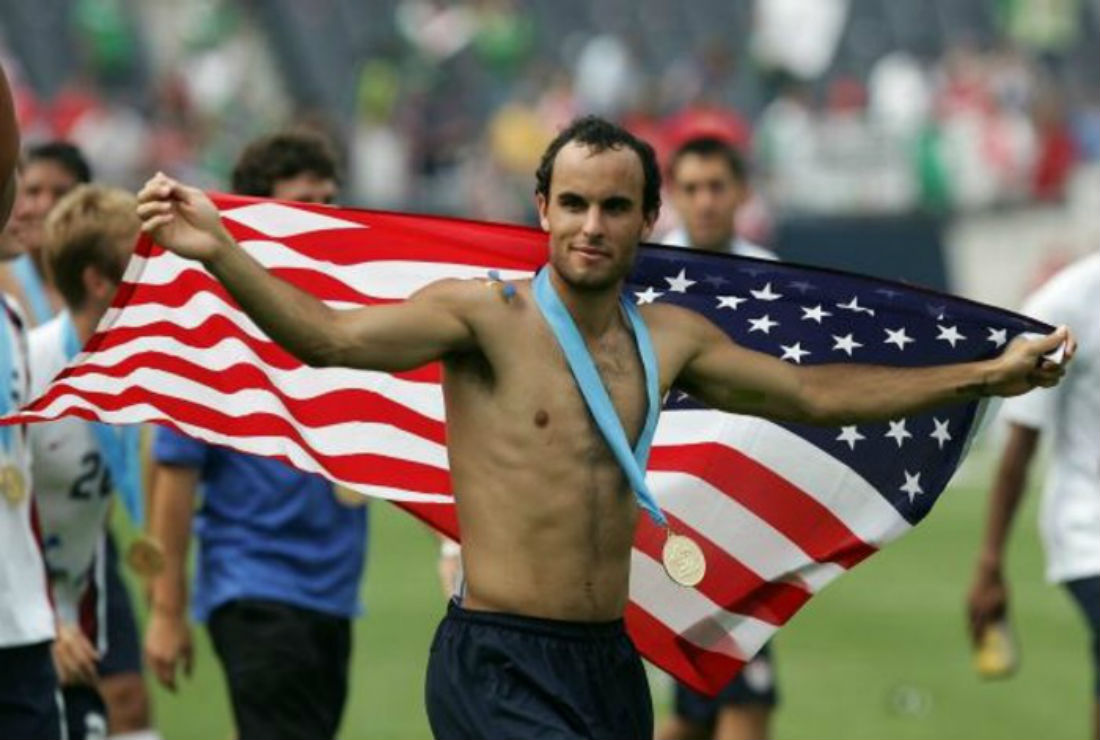 Remember when I did all those World Cup ladders for the U.S. soccer team as it went through qualifying? You can take those posts, douse them in kerosene, and burn them all in a 55-gallon drum, because today coach Jürgen Klinsmann named the 23 players on the squad he’ll be taking to Brazil next month, and Landon Donovan was among the names not on it. The L.A. Galaxy winger had been on the last three World Cup squads for USA and had made a convincing case for being the greatest American soccer player ever. Even though Donovan had talked recently about how his body was no longer what it once was and some speculated that he might be dropped to the bench, no one expected him to be left off the squad entirely. All those articles saying that this might be Donovan’s last World Cup hurrah? You can burn those, too. Let the soccer outrage commence.

Honestly, I’m having trouble figuring out what Klinsmann is thinking here. This move does clear up some of the confusion about who will be the creative players out wide for USA. It’ll be Fabian Johnson and Graham Zusi. (Unless Johnson is installed at left back, in which case it might be Alejandro Bedoya out wide. But then does Timmy Chandler move to right back, or does that spot belong to Geoff Cameron? Or does Cameron play in midfield? My head is hurting again.) Undoubtedly Klinsmann is thinking of future World Cups by taking so many young players, not to mention the 2016 Copa América on our soil. Still, you’d have to think that even if Donovan wouldn’t be starting, he’d offer more off the bench than Julian Green, a teenager in Bayern Munich’s squad who has seen just a few minutes of action in the German league. England left longtime left back Ashley Cole off its roster this year, but that’s because he wouldn’t be starting and there was reason to think the player might be a malcontent if relegated to the bench. Donovan may be a high-maintenance guy, but it seems a stretch to think that he might cause trouble inside USA’s camp if he’s not starting.

Anyway, feel good for former FC Dallas man Brad Davis, a left-footed attacking player and set-piece specialist who likely took Donovan’s spot in the squad. Also feel good for DeAndre Yedlin. The Seattle Sounders’ fullback is receiving a bonus from U.S. Soccer for making the squad. This is standard practice around the world, and it usually amounts to pocket change, especially for the sport’s superstars. For Yedlin, though, it’ll almost double his salary for this year. Also, he’ll contribute to the weird hairstyles we always see at the World Cup. So will Kyle Beckerman; there are usually guys with ratty dreadlocks at the tournament, but I’m confident that Beckerman will be the only white guy in that group.

There still may be hope for LanDo. MLS teams still have games to play between now and the World Cup, and then USA has warm-up friendly matches before leaving for Brazil. If someone gets hurt, a player named to a World Cup squad can be replaced up until the day before that squad plays its first match. We may see him pull on that uniform one last time. If not, we’ll always have that last-gasp goal against Algeria to remember him by.