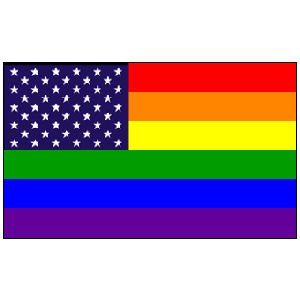 Sigh. For the umpteenth time, the Texas GOP has denied Republican LGBT groups the chance to set up info booths at the state party convention, which will happen next weekend here in Fort Worth. Memo to convention planners: Ignoring “the gay” won’t make it go away. The fact that you haven’t figured that out yet proves how disconnected from the larger contemporary world, political and otherwise, you really are.

Still, Log Cabin Republicans and Texas Metroplex Republicans –– the two organizations banned from setting up booths –– should take heart. They weren’t the only ones denied kiosk privileges at the party’s state convention. Other inside groups have veered dangerously close to acknowledging The Real World circa 2014, and been stamped as just too icky for Republican leaders to contemplate. They include:

Women Since the Old Testament. Co-opting the slogan “We’ve come a long way, baby!”, W.S.O.T. lobbies to upgrade women’s status in the party platform from “fetal incubator” to “fetal incubator with benefits.” State GOP leaders think they’re being, as usual, too emotional.

The Working Poor Are Not a Renewable Resource. The most controversial group denied access this year has an unhappy warning for GOP business leaders: poor people can’t be counted on forever to carry the economy on their minimum wage backs. When Jesus said, “The poor will always be with you,” he didn’t mean to imply “for low-wage seasonal help,” as some Republican big wigs think he did. You can’t come as close to advocating a living wage as W.P.A.N.R.R. did and expect to hand out buttons from a cozy little booth at the party confab.

You may think I’m exaggerating the Texas GOP’s extremism, but joking aside, have you stopped to actually read the state platform? What a bunch of far right freaks!