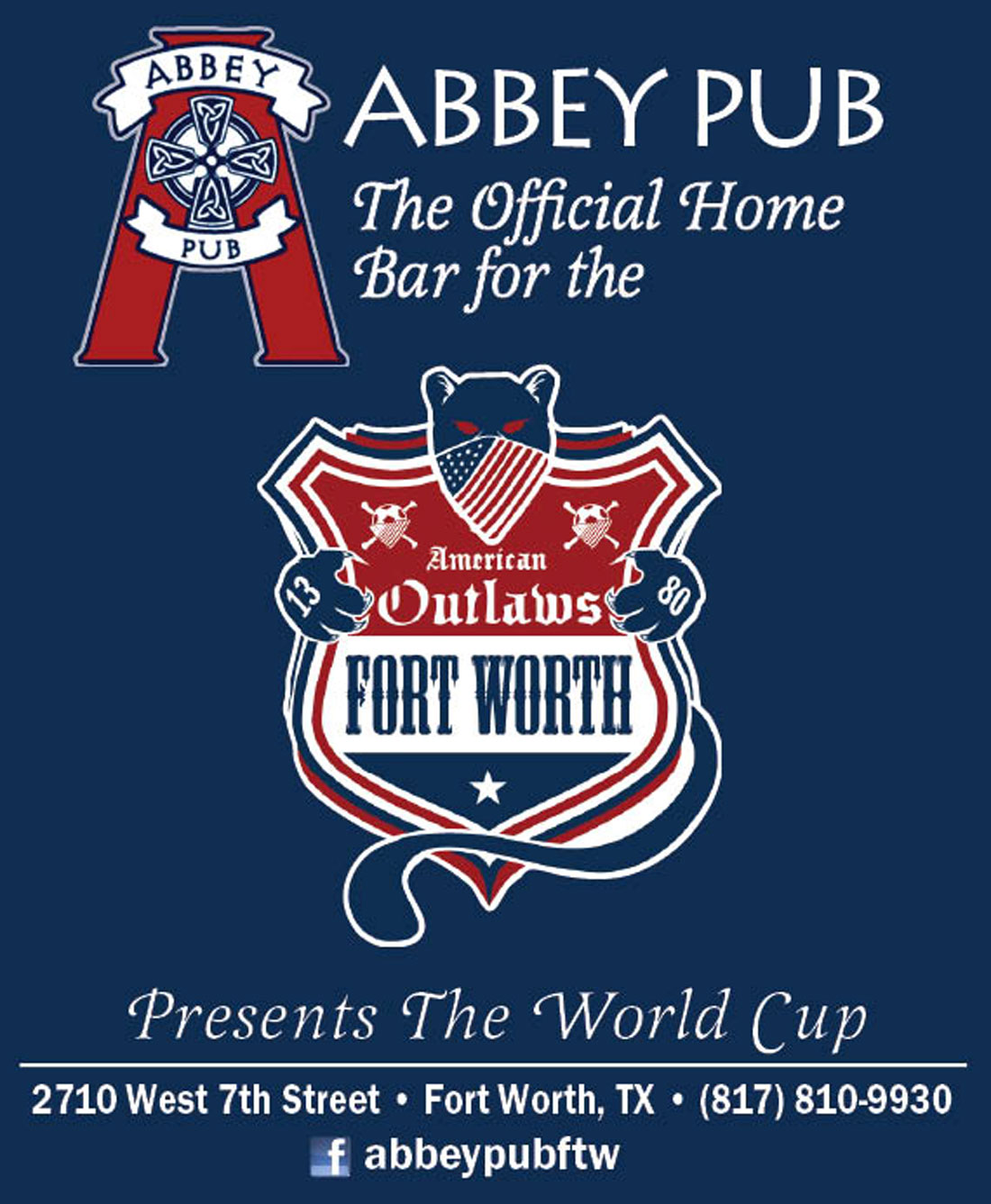 I watched Jersey Boys immediately after USA’s rousing victory over Ghana, so it’s possible my review of the movie may have been colored by that. I don’t think so, but it’s possible. Let’s get to what we’ve learned now that all the countries at the World Cup have played one game.

USA almost threw two points away You can’t play defense for 89 minutes unless it’s against far inferior opposition, which Ghana isn’t. Granted, the injury to Jozy Altidore in the 23rd minute threw USA’s offense into chaos and tied Jürgen Klinsmann’s hands, but the fact remains that USA couldn’t control the game with a lead. When André Ayew scored in the 82nd, it seemed like a goal that was coming. Ghana had other chances to score, too. Tim Howard and Geoff Cameron played terrifically in defense, but a better team would have punished USA for their conservative play.

Then again… Another way to look at that is that Ghana has always had poor finishers, and this time we made them pay for it. Two of Klinsmann’s subs, Graham Zusi and John Brooks, combined to score the winner. In a short tournament, a win’s a win. Cut through all the ESPN blather about American resolve and fortitude, and this was still an inspiring victory.

Portugal’s problems are even bigger than ours USA must deal with the injuries to Altidore and Matt Besler, but our next opponent is in even worse shape. Not only did Portugal lose by a humiliating 4-0 to the Germans, they also lost starting left back Fábio Coentrão and center forward Hugo Almeida to injury. Plus, their best defender, Pepe, got red-carded for being really stupid. (Not the first time for him.) His suspension means he won’t face us. Oh, and Ronaldo looked at far less than 100%. Other than that, this World Cup is going really well for O Selecção das Quinas. Seriously, a wounded Portugal team is still dangerous, but all this gives USA an incentive to go for the win.

Spain and Uruguay are in trouble, too It can’t end this way for Spain, can it? Uh, yes it can. Defending World Cup champs have flamed out before (Brazil in 1974, France in 2002), and it’ll happen to La Roja unless they right themselves now. Spain needs to be fixed, and I don’t know what the fix is. Do they revert to playing Cesc Fàbregas in the false nine role that won them Euro 2012? Retain Diego Costa but bring his Atlético Madrid teammate Koke into the starting lineup to feed him crosses and improve chemistry? Install Javi Martínez in some capacity? Swallow hard and bench Xavi and/or Iker Casillas? I’m glad I’m not the coach who has to figure that out. On the other hand, 2010 semifinalists Uruguay might be beyond fixing. The Costa Ricans made their defense look old and slow, and it won’t get any easier with England coming up. Even if Luis Suárez returns to full health, this team may be too leaky.

Wow! Costa Rica! Speaking of Costa Rica, everybody forgot about them in favor of the three other teams in the group. I figured they were going to jump up and bite somebody, and it happened to Uruguay. Bit of soccer history: This isn’t the biggest soccer victory ever for Los Ticos. (The nickname comes from the local pronunciation of the word “chicos.”) Costa Rica upset Scotland and Sweden in 1990 and reached the knockout stages, losing in the round of 16 to a good Czechoslovakia team. They may not get out of the group, but this victory is great for them, and reflects well on CONCACAF.

I feel better about these losers Bosnia-Herzegovina lost their opener against Argentina, but it was a good loss as these things go. For such a defensively porous team, they were able to stifle the Argentines, who looked nothing like the overwhelming offensive machine that we were expecting. The Dragons also scored through St. Louis’ Vedad Ibišević, and the margin of victory was a massively unlucky own goal by Sead Kolasinac. Bosnia can feel optimistic about beating unimpressive-looking Nigeria and Iran. Meanwhile, England and Italy put on a fascinating match, with the Italians attacking with guile and finesse, and the English countering with speed. The young English attackers looked terrifying at times, and the tactic might have worked if the team hadn’t run out of gas in the sweltering heat of Manaus. They can feel good about recovering against Uruguay and Costa Rica.

Oh, by the way… We’re playing our next game in Manaus. I’m sure Klinsmann will show USA the game tape of England vs. Italy. The players will see their English counterparts thoroughly sapped, with all semblance of skill gone in the last 20 minutes or so. Let them take their lessons: If USA is chasing the game in the latter stages next Sunday, they won’t be able to make pretty little passes or shoot from distance. They’ll need to just lump crosses into the box and hope something good happens. It’ll be better if we’re defending the lead in the last minutes, just as it benefited Italy.

The refs have taken up too much attention Yes, the penalty awarded in the opening match by Japanese referee Yuichi Nishimura was ridiculous. It’s too bad, since Nishimura had a terrific game four years ago when he kept a bad-tempered Brazil-Netherlands game from boiling over, correctly sending off Brazil’s Felipe Melo. He should have worked the finals of 2010 instead of Howard Webb. None of this makes his penalty decision against Croatia any less bad. Still, I don’t subscribe to the idea that a ref is only as good as his last call.

Referees have no mobility The decision resulted in some talking heads spouting some crap about how the Japanese league is low-quality (not true) and how dare FIFA appoint refs from backwater leagues to work such important games? We need to remember that if a great player is born in a country like Moldova, he can go abroad and work his way up. However, if a great referee is born in that country, he’s stuck officiating games in his own nation, with no chance to improve by regularly calling games in elite leagues like England and Spain. Of course, the talking heads were quieter about the Italian ref awarding a questionable penalty to Spain early in their match against Netherlands. I’d like to see referees have the same options as players, but failing that, I’ll stick with the current system (to which American referee Mark Geiger owes his place at the World Cup) rather than have these big tournaments worked exclusively by officials from the top tier.

The games have been fantastic We’ve seen Switzerland score a last-minute winner against Ecuador and Ivory Coast mount a comeback victory over Japan with two goals in two minutes. Germany, Colombia, and Chile all put on offensive clinics. Mexico overcame their recent bad mojo and some more questionable refereeing to defeat Cameroon. (That Cameroon team doesn’t look good, but still, you can only beat the teams they put in front of you.) The only real dud so far was the 0-0 draw between Iran and Nigeria (boo!). In 2010, the first-round games were constipated affairs, but this year, the goals have flowed. Let’s keep them coming, world!

What’s the deal with custom USA jerseys? It seems to be a thing now. I always thought having your favorite team’s jersey with your own name on the back was the sign of irredeemable dorkiness. (Exception: If your favorite team has a player who happens to share your last name, then owning that player’s jersey is cool.) But now I’m seeing all these Americans having USA jerseys made up with their own names. It’s one thing when people like Michael Bloomberg and Condoleezza Rice do it. It’s another when it’s Drew Brees and Aaron Rodgers. I may have to revise my ideas of cool.

Let’s end this post with a fun video I was going to link to the choreographed dance that Pablo Armero did with his teammates following his goal for Colombia against Greece, but the killjoys at FIFA have removed any clips of it from YouTube. Apparently, the player is quite a dancer. Anyway, I’ll embed the USA fan reactions to John Brooks’ game-winning goal instead. 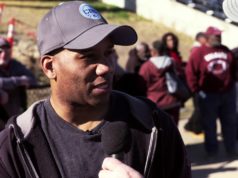