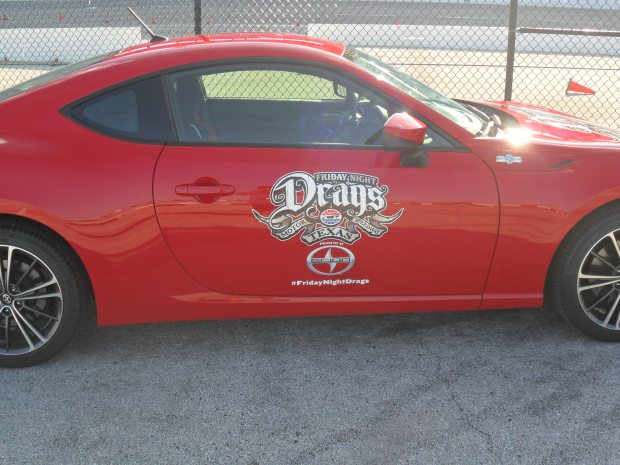 Watching cars race around a track isn’t particularly my thing, but the appeal is understandable: speed + a roaring crowd + a Texas summer night x a crapload of beer = a sweet adrenaline rush. However, the Texas Motor Speedway’s annual summer Friday Night Drags intrigue me, because they allow a certain kind of guy who typically goes unnoticed to get some attention. (Don’t lie, we all like to be noticed once in a while.)

You know who I’m talking about. His name is Ricky, or Bobby, or something, and he lives down the street. He collects his empty beer cans in one of those industrial-sized rubber trash barrels and doesn’t empty it until the thing is full. He grills frog legs brushed with French’s yellow on his George Foreman in the backyard. But most importantly, he spends every minute of every weekend in his driveway, polishing his classic ’76 Camaro Razor with the dark crimson paint job and the chrome accents. His slow, loving strokes as he handwashes and polishes it feel a little obscene, but you can’t look away. And he knows it.

Thanks to Friday Night Drags, what’s-his-name with the ’76 Camaro Razor can be an exhibitionist, either in the parade segment or the street-style racing contest, in front of a full Texas Motor Speedway house. Driver’s practice is 6:15-8pm; registration ($20 per entrant) is 9pm. Spectator admission is $7. This is your night, dude-down-the-street-who-spends-too-much-time-on-his-car!