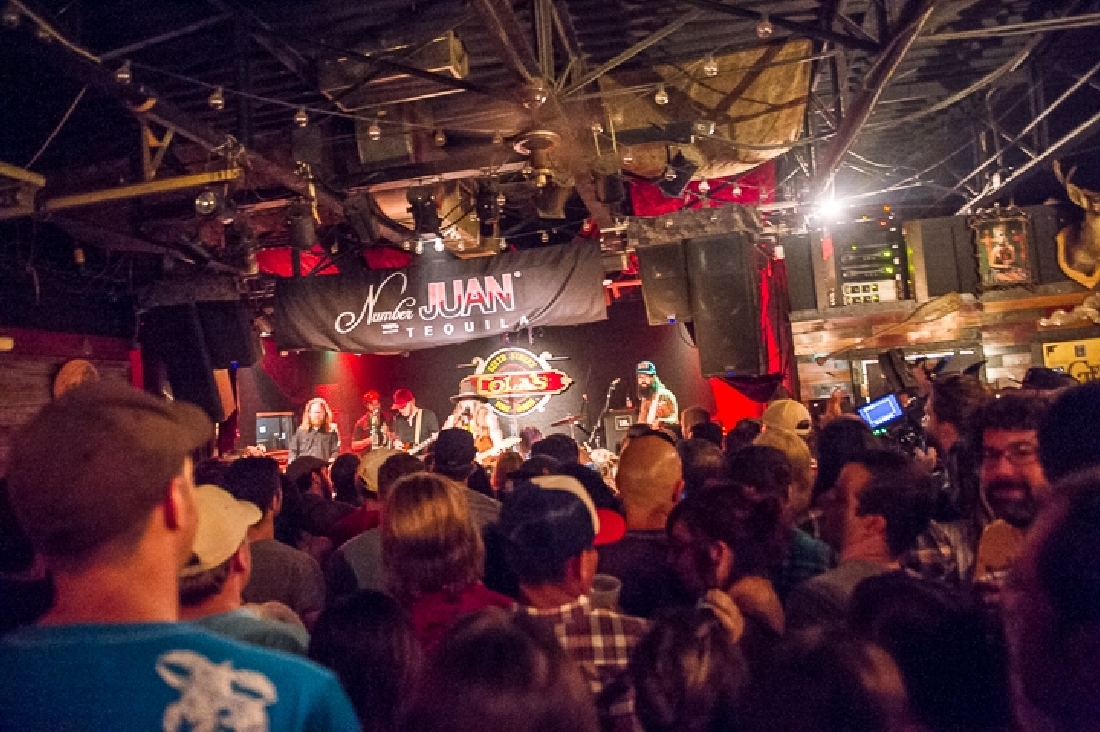 There was a soccer game Sunday afternoon. I know because when I rolled into The Pour House to see Toy Gun at 5 p.m., there were nine million people there, most of them casting their gazes skyward at the sports bar’s walls of TVs. Initially, I was a little miffed. Had I known the West 7th Street establishment was going to have a U.S.A./Portugal watching party –– and I should have, duh; the PH is a sports bar –– I probably wouldn’t have booked bands there for our 12th Annual Music Awards Festival. But then Toy Gun started blasting out its punky, spunky, clanging rock, and as I was standing in front of the stage, a muted TV hovering over my head and fellow concertgoers all around me, I chilled. There was something about the kind of music being played and the kind of game being broadcast that was distinctly punk. It was all very unifying in a “We Are the World” sort of way. A couple of Bud Light Platinums in my belly also probably helped.

Every year, the festival ties me up in knots. It’s not the actual process of booking 48 bands to play eight venues in one day that’s necessarily gut-wrenching, though I wouldn’t recommend it to anyone. No, what I’m always worried about is that 1.) the power’s going to go out at one or more of the venues and 2.) there’s going to be a fight or fights, most likely between bands and sound guys. But by the time Toy Gun finished and I had moved across the street to Poag Mahone’s, I could finally ease into what the festival is all about: celebrating the amazing musical talent in our fair burgh. I was helped, no doubt, by more beer and by the band onstage at the time. Son of Stan was going nuts in front of a dark, packed house. Frontman Jordan Richardson was on fire, dancing and hopping all over the small stage area and singing and playing his guts out. On record, Son of Stan is smooth and creamy. Onstage, Richardson and company are as punk and as rock as any outwardly loud band in town.

I was only able to make it to four of the eight participating venues, but from what I witnessed, the crowds were large (and sweaty and fun). By the time Quaker City Night Hawks launched into their 9 p.m. set at Lola’s Saloon, every inch of the place was covered with people, with some spillover in both the front and back bars. From what I’ve heard, all of the other late sets were also well attended.

In next week’s issue, we’ll announce the winners of our 17th Annual Music Awards — but only after the awards ceremony. The 2014 Panthys on Sunday at Queen City Music Hall is for nominees and their plus-ones only, but if you and a friend would like to attend (and enjoy free food and booze and the company of more rock stars than you can shake a mic stand at), e-mail my alter-ego, Weekly associate editor Anthony Mariani, at anthony.mariani@fwweekly.com, explaining why you’re the ultimate Fort Worth music fan. Put “MAC” in the subject line. The best story wins.

Thanks again to everyone who made MAF’14 such a huge success. ’Til next year …