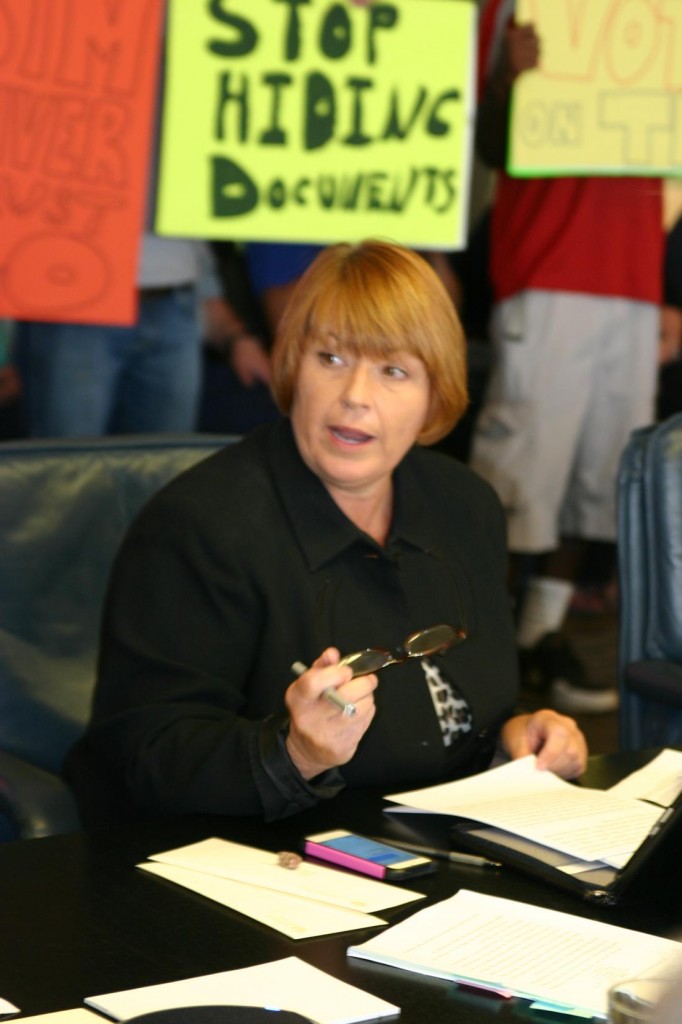 Tarrant Regional Water District Executive Director Jim Oliver took umbrage a few days back upon hearing that board member Mary Kelleher had spoken to a group of journalists and others at the University of Texas at Arlington on June 21 and blasted the water district for being uncooperative in providing public information. Oliver  knew about Kelleher’s remarks because water district community relations specialist Linda Christie attended and reported back to her boss.

Oliver responded with an e-mail that same day disputing Kelleher’s allegation and providing several years worth of statistics on open-records requests. The numbers show the agency generally responds in a timely manner, and “certainly disproves the intentional misrepresentations that are being circulated and the statements that were made at the UTA meeting,” Oliver wrote.

Oliver sent the email to board members and staff, and to the law firm that represents the water district.

The stats are probably correct, but misleading. Kelleher, Fort Worth Weekly, and many others have danced with the district when it comes to public information, and this is how it often goes: You ask for information. Within 10 working days you get a letter from a lawyer saying district records do not correspond to information you are seeking. For instance, it’s well known that top water district officials put relatives on the agency’s lucrative payroll. But ask the agency for a list of relatives who work there. Ask how many of Oliver’s relatives work there. You won’t get a straight answer. You’ll get a non-answer from a lawyer. However, in Oliver’s mind, that counts as the agency responding to a public information request in a timely manner.

Oliver’s elitist, secretive attitude is one of the reasons Kelleher decided to seek a spot on the board in 2013, and she’s made a fast enemy in the top dog. Oliver surely ground his teeth when Kelleher responded with an e-mail of her own, accusing him of spreading “blatantly false and defamatory statements.”

Kelleher said Oliver was trying to muddy the waters with his statistics. “The general statistics you attached regarding the district’s responses to open records requests for the last few years imply that these statistics were discussed [at the meeting],” Kelleher wrote. “They were not. Instead, we discussed the district’s response to two particular requests for records — one from me, and the other from State Rep. Lance Gooden. It is indisputable that both these requests have been stonewalled … . There is no excuse for the district’s reluctance to freely share information with the public and elected officials when it is a taxing entity and a subdivision of Texas state government.”

Kelleher closed with a final thought, expressed in the straightforward style that has earned her fans and foes alike.

“If we are to move forward in the best interests of the residents and taxpayers of the district, your attempts to bully, intimidate, and harass public officials who demand transparency from the board must stop,” she said. “Your behavior has resulted in a hostile work environment for me and has damaged the reputation of the district.”

Don’t Mess with the Elderly