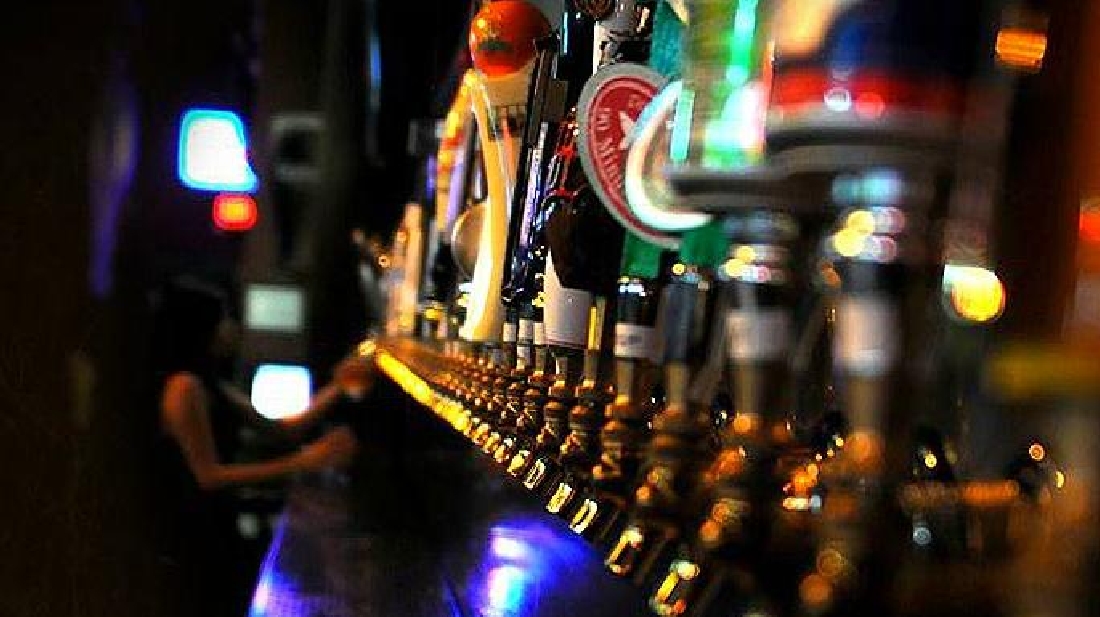 Let’s take a second to recognize and enjoy something going on in this town right now: We are in the midst of a craft beer explosion and a major growth spurt in Texas’ handmade spirits industry. It’s hard to find a bar in town these days without a mile-long tap wall. If you’re a new bar owner, you’ve got to offer a dizzying brew selection just to keep up.

Oh, what a problem for us fans of alcohol to have, especially fans of the kinds of drinks brewed by folks with big dreams, a little money, and probably beards.

I gave this some thought recently during the bottom half of a Brooklyn Summer Ale at The Brass Tap on Houston Street downtown, because the bar’s selection was almost overwhelming.

Overall, there’s nothing gimmicky or even overly interesting about this place, though that’s not necessarily a bad thing. After all, The Brass Tap is part of a chain of brewpubs, apparently hugely popular in Florida (14 stores alone) with additional locations in Tyler, Round Rock, and Mesa, Ariz. I don’t know what any of the other spots look like, but the downtown Brass Tap occupies a narrow L-shaped space with pub seating between red walls. It’s covered end to end in TVs, including above the bar with its 50-plus taps.

The ambience isn’t eye-popping, but the selection is. Even better, the barkeep on the night I visited seemed to know his stuff. Besides me, he had a couple of beer nerds/service industry vets talking shop and a handful of college dudes and one of their girlfriends relying on him to pick their beers.

What the place lacks in vibe, it makes up for in loyalty building and customer interaction. There’s a Brew Crew reward program similar to the nearby Flying Saucer’s, though the Tap’s ultimate goal is for members to drink 300 different beers, compared to the Saucer’s much more attainable 200. I guess The Brass Tap really wants you to commit.

Personally, I have trouble committing to anything, but I did think the chain’s smartphone app was pretty useful. Of course it has a function that finds your nearest Brass Tap location, most useful if you’re stuck in Orlando and think you’re too cool for The Iago Lounge or Lampwick’s Tavern or wherever you go to get drunk in Disneylvania. But the app also has two other groovy features: One allows you to rate and track the beers you’ve imbibed at The Brass Tap, and the other is a “matchmaker,” which finds brews similar to stuff you already like. I downloaded it as a lazy way to find an answer to the question “Whaddaya got that tastes like Kurrs Laht?”

Even if you’re getting burned out on craft beer (and are you really?), it’s nice to have options everywhere you turn. The Brass Tap might not look like much, but with plenty of beers and plenty of chairs, you’ll probably find it to be a nice spot for chilling out with a hand-crafted cold one. –– Steve Steward

Besides a cool article on the guy who played Leatherface in Texas Chainsaw Massacre and a Rick Perry cover that leaves you plenty of room to take a garden-variety pencil eraser and rub away the gloss and text until it looks like he is exiting stage left amid a huge cloud of farts, July’s Texas Monthly has a small piece on The Usual’s Dave “Tiki Dave” Mayer, specifically regarding his take on the humble banana daiquiri.

It would be icky for me to regurgitate the gist of the article, but if you’re interested in what Tiki Dave puts into his version of the island staple, go to the store, pick up a copy, and get in a relatively long line. Just know that it’s one of his signature cocktails, and it’s available only on Wednesdays, along with his jet-fueled Master of Space and Time and some flaming rum drink served in a halved pineapple. Tiki Dave’s daiquiri, refreshing and nicely liquored, comes garnished with a dolphin made out of half a banana, which is also neat. –– S.S.