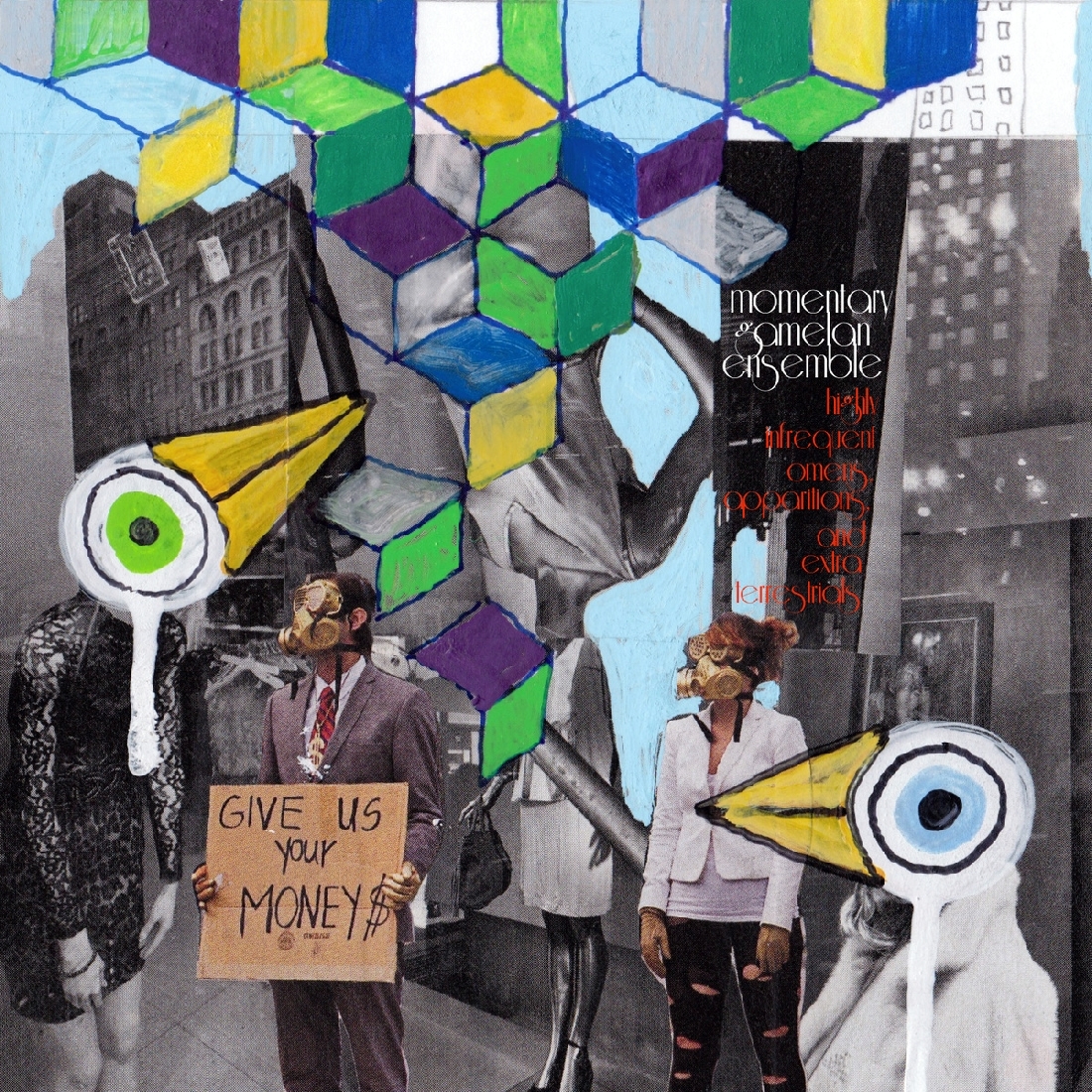 And you’re gonna need your noodle, because MGE is some seriously heady stuff. Whereas HIO’s compositions consisted mostly of dissonant, apparently unrelated bleeps, bangs, and bloops, MGE’s music is all about mood, and that mood is dark, foreboding, and borderline evil. On Highly Infrequent Omens, Apparitions, and Extra Terrestrials, MGE’s debut album produced at Eagle Audio Recording by Britt Robisheaux (The Theater Fire, Drug Mountain, Bludded Head), some parts are the audial equivalents of tripping the event horizon of a black hole: loud, swirling, and alternately black and colorful. Other parts may frighten you into thinking a gigantic, growling digitized beast is about to jump out of your earphones and swallow you whole.

The music indeed lends itself to imagery, and as HIO did in the past, Momentary Gamelan Ensemble works frequently with Denton’s Big Rig Dance Collective. The musicians recently accompanied the dancers in a performance at the Marty Leonard Chapel and will join them next year at Texas A&M University in a MGE/Big Rig piece that premiered at a new media festival in Tulsa earlier this year.