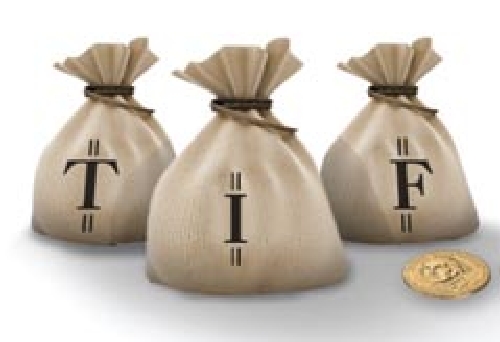 Fort Worth should create a tax-increment financing district — a.k.a. TIF — for insufferable pop poser Justin Bieber. While we’re at it, give another to Tarrant Regional Water District’s megalomaniacal general manager Jim Oliver. And yet another to the Washington Redskins. After all, this city’s TIFs can be unlucky charms –– Pier 1 Imports and RadioShack, both owned by Tandy Corporation for a time, were cursed by them.

For almost two decades, Fort Worth has relied on tax breaks provided by TIFs to lure companies here and to convince existing local companies to build expensive corporate headquarters. TIFs were invented to boost development in blighted areas, but quickly became another tool to make big companies even richer. TIFs define a district, freeze the tax values on properties within that district, and then, as property values rise, use the increased tax revenues within the district instead of citywide. It’s a gravy deal if you can get it, although it creates unfair disadvantages for business competitors.

Pier 1 and RadioShack both ran into financial troubles despite their government favors. RadioShack, particularly, appears to be in a freefall. The company has been based in Fort Worth for 50 years, although its long relationship with the city didn’t stop the electronics retail chain from threatening to leave for greener pastures if the city didn’t cough up tax breaks. Corporate extortion works, and RadioShack got what it wanted. The one thing it didn’t get is a clue.

Talk about cursed –– remember its $200 million marketing campaign from a few years ago that regrettably shortened the company’s moniker to “The Shack” and relied on disgraced cyclist Lance Armstrong as a pitchman? Or how about that TV commercial that aired during the most recent Super Bowl, showing a procession of D-List ’80s TV stars taking the chain’s antiquated products off the shelves? That one hit a little too close to home.

Recently, Moody’s Investors Service reported that RadioShack could run out of cash by next year. The company can’t even keep its stock prices above $1 a share, meaning it’s at risk of being dropped from New York Stock Exchange listings.