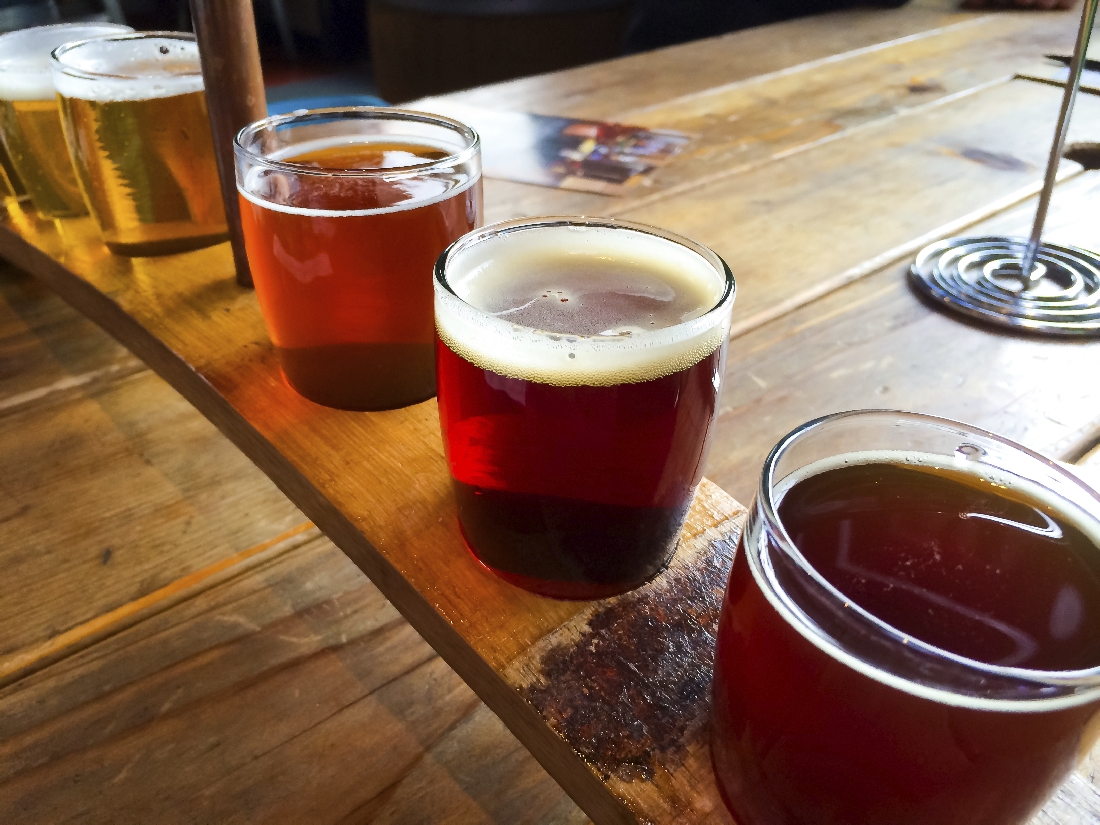 Wine-and beer-tasting dinners are just not Chow, Baby’s thing. Having a thoughtful selection of drinks with dinner is great. Providing some education for the burgeoning class of foodies is fine. But the last thing I want to do is listen to someone ramble on about their brand of booze while I’m trying to eat.

I was therefore surprised to find myself at Chef Point Café (5901 Watauga Rd., Watauga) for a recent beer-tasting. A friend had asked me to dinner at the area’s best gourmet gas station, and I never pass on an opportunity to sample treats from Franson Nwaeze’s menu. My pal did mention that we’d have a dozen different beers, but I just thought he was giving me a chance to relive my college days and drink heavily on a Wednesday. When we arrived, I made the connection.

Chef Point has come a long way since it opened more than 10 years ago and in the process has lost a bit of its hole-in-the-wall charm. The place has expanded to include a second dining room and now a swanky patio. The more it looks like a normal restaurant, the further the erstwhile Conoco station gets from its plucky underdog origin story: Immigrant and wannabe chef can’t get a bank loan to open a restaurant but can get one to start up a gas station, etc.

The night we were there, the add-on dining room was packed with beer enthusiasts, most of whom were regular customers, judging by their familiarity with the staff. The menu, as promised, featured small portions of 12 different kinds of craft beers. As soon as everyone was seated, the talking began. First it was the restaurant manager, then the brewery reps, and it went on all night. Every time I got into a conversation with my friends and fellow diners, our host would bring things to a grinding halt by giving away a door prize. Perhaps he was motivated by a goodly dose of the suds, but it might have been a better idea to give them all away at once, instead of stopping the dinner after each course by screaming for attention.

The service started out messy. A few people in my section of the party didn’t get the first beer, and the event showed all the coordination of a kindergarten field trip. But eventually the staff figured it out, and the rest of the thing ran pretty smoothly.

The food was generally good, with a few misses. My biggest complaint about the grub was that most of it was cold by the time it got to me. It’s easy to blame the tepid temps on the difficulties of accommodating a party of more than 50 people, but I expect hot food when I’m paying $55 for it, regardless of how many plates the kitchen has to churn out.

The highlights of the menu were the perfectly cooked scallops and grits, topped with parmesan cheese; the ever-popular “whatnot,” a mushroom cap baked in a garlic butter and stuffed with three cheeses; and the baby arugula salad with a semi-sweet vinaigrette dressing.

But not all of the dishes reached the kitchen’s customary level of excellence. I usually love Nwaeze’s soups, but the tomato bisque served that night was so overpowered by bacon that I couldn’t taste any actual tomatoes. The open-faced salmon slider was so dry and overcooked it could have doubled as a starter log. Speaking of dry, the garlic shrimp, butterflied to look kind of like a lobster tail, was so overcooked I couldn’t cut the little bugger out of its shell. It was as though the thing had been glued on.

Most of the beer was good and well paired with the fare. I’d definitely order both the Electric Ray, an India pale lager by Ballast Point Brewing Co., and the Tater Ridge Scottish Ale by Asheville Brewers Alliance again.

I’d gladly have given up the chance at door prizes for a quieter meal, but I did pick up some new beer terminology. The correct term for a beer sommelier, I found out, is cicerone. I promise not to ruin any future dinners by throwing that around, but I may be tempted on my next trip to a beer joint: “Hey, cicerone, a couple of lukewarm ones, please.”