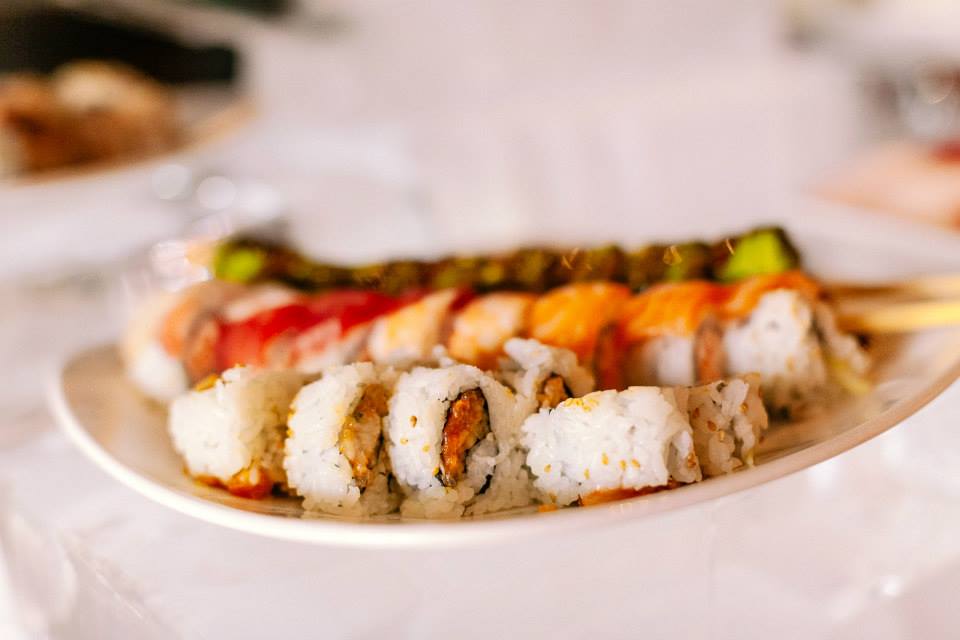 Saturday was going great until my party of six was turned away by a local eatery because it was half an hour before closing. Apparently the restaurant’s listed hours apply only when the staff has nothing better to do. I’ll never go back to that place. But its loss was Kona Grill’s (3028 Crockett St.) gain.

Maybe my sour mood was clouding my judgment, but the Arizona-based chain joint felt like a restaurant at an airport, with its directionless modern décor, many televisions, high ceilings, and –– granted, this was a plus –– a small army of bustling waitstaff.

Our server for the evening was efficient and friendly, but she did commit the two cardinal sins of waitspeak: She addressed us using the royal we, as in, “Will we be having cocktails before dinner?” And she spoke almost exclusively in the future tense: “Our feature for the night is going to be tuna.” Whenever that happens, I always want to ask, “When is ‘going to be’? Because I’ll come back then.” Instead, I just let it go. I’d already been jilted by one restaurant. My guests would not have looked upon me kindly had we been thrown out of this place on account of my rudeness.

The menu is massive — somewhere between the Magna Carta and a Harry Potter novel — with an impressive mix of both surfy and turfy haute Hawaiian fare. Besides the sushi, many of the cooked dishes have Japanese influences, such as the steamed edamame and chicken potstickers. Then, just to confuse diners, there’s a distinctly Italian flair to some of the offerings. Having never eaten Japalian food, I was intrigued –– although I didn’t try any of the flatbreads or pastas on this go-round.

Everything my guests and I ordered that night was fresh-tasting and served quickly, though the fare was otherwise hit-and-miss. The potstickers ($10) –– fried dumplings stuffed with tender chicken and Asian slaw and served with a soy dipping sauce –– were crunchy and bursting with salty, zesty flavor. The dough was a little thick for my taste, though. The chile butter sauce on the angry edamame ($5.75) obscured the delicate flavor of the steamed bean pods. The best part of round one was the miso soup ($4), arguably the best I’ve ever had, thanks to the intense broth.

For my entrée, I opted for three samplings from the chef’s special sushi menu. The ingredients were undoubtedly fresh, but there was a heavy hand at work on each dish. The whitefish ceviche ($11.25) was a playful take on the Mexican standard, with whitefish sashimi, cilantro, lime juice, and a fresh jalapeño slice, which I found to be a little overpowering. It was also a little misleading to call the dish ceviche, since it wasn’t cooked by lime or lemon juice. Similarly, the amalgam of flavors in the Picasso roll ($14.50), with yellowtail, avocado, cilantro, togarashi (a Japanese chile pepper), and yuzu ponzu (a citrus-based sauce), shone through once I scraped off the powerful jalapeño and sriracha topping. On the lobster and steak roll ($15.25), the garlic aioli and horseradish cream cheese drowned out the lobster, cucumber, and shiitake mushrooms. Plus, I couldn’t find any evidence of beef.

I’d return to dine at Kona Grill without hesitation, and not just because they cheerfully accommodated a large party just before close. It’s a fun place to go and wait for your flight … uh, I mean spend an evening. I just wish the kitchen would slow their roll a little on the sauces.