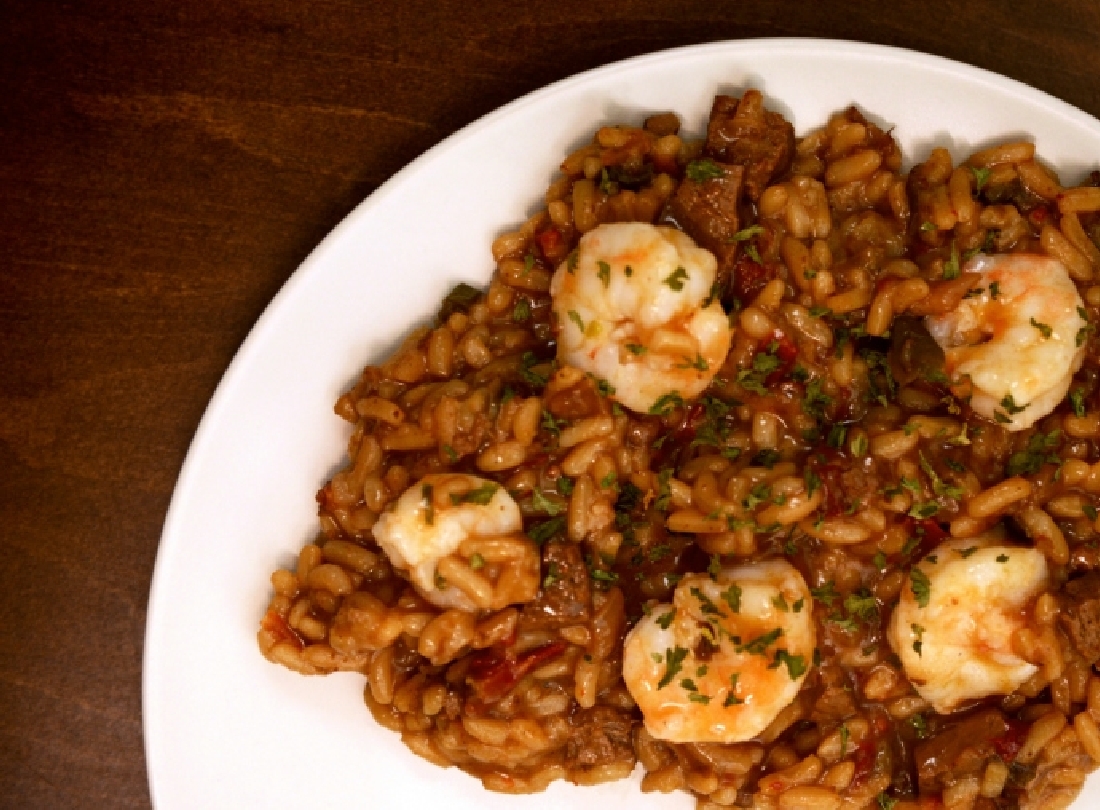 Chow, Baby developed a passion for Cajun cuisine as a college student. During my once-frequent trips to the Big Easy, while my friends were trying to drink Bourbon Street dry, I took more of an interest in the dark, intense sauces and spicy paprika-coated flavors found in many of the native dishes.

There just aren’t a lot of real Cajun restaurants in this area. And by real, I mean non-corporate. And by non-corporate, I mean not Razzoo’s. Don’t get me wrong, Razzoo’s is fine, if annoyingly ubiquitous. I enjoyed many a rat tail ($6.99) at the ’zoo back in the day — the shrimp- and crab-stuffed fried jalapeños were a staple of my diet at college. These days I’d rather spend my money at a mom-and-pop joint.

Boo-Ray’s of New Orleans (7255 Boat Club Rd.) doesn’t quite qualify. It was started by one of Razzoo’s founding chefs, and it has multiple locations. The place has a slick, corporate feel, though that’s not to say it isn’t inviting and festive. What it does have going for it is the food. On a recent weekend, I trekked out to its Boat Club Road location and sampled the impressive jambalaya ($10.79), with chicken, andouille sausage, okra, dirty rice, shrimp, and tear-inducing chipotle peppers. Boo-ray’s seemed like a cool place to party, but I was looking for something with a little more soul.

Damian’s Cajun Soul Café (185 S. Watson Rd., Arlington) was more my speed. I knew I was in the right place when I heard Sade thumping from the overhead speakers. As the name suggests, the menu at tiny strip-mall eatery was a little more soul than traditional Cajun. But the fare was distinctly Louisianan. It seemed like a good omen that the staff behind the counter knew everyone in the dining room except me. On the cook’s recommendation I went for the fork-tender, slow-cooked pork chops ($9.50), smothered in a thick, dark gravy. The dish was a little one-note, but it was a helluva note. The accompanying cabbage had red pepper flakes and chunks of onions and tasted as though it had been simmered with bacon or ham hock. The restaurant got extra points when the man working the chafing dishes scooped me a double portion of homemade mashed potatoes that were also covered in the dark gravy. I was the last person left in the dining room, because I stuck around to hear the end of a 7-minute live version of “No Ordinary Love.”

Allie’s Cajun Kitchen (3329 Altamesa Blvd.) also hit the spot. Like Damian’s, it’s a small room set in a strip mall. But Allie’s cuisine was a little more straight Cajun and less soul food. The gumbo ($3.99) had a dark roux that worked well with the chicken and sausage. The same roux used in the crawfish and shrimp étouffée ($4.99) overpowered the stew. Allie’s version of the shrimp po-boy ($6.99) was like the sandwich equivalent of a clown car — no way the French bread could hold all of the fresh-tasting shrimp stuffed inside. The trio of beignets ($2.49) were dusted with so much sugar, Charlie Sheen might have been tempted to snort it.

No one is going to confuse Fort Worth or Arlington with N’awlins, but I’m glad to know there are a few places where I can indulge my Cajun cravings without having to drink heavily or go bail out my classmates.