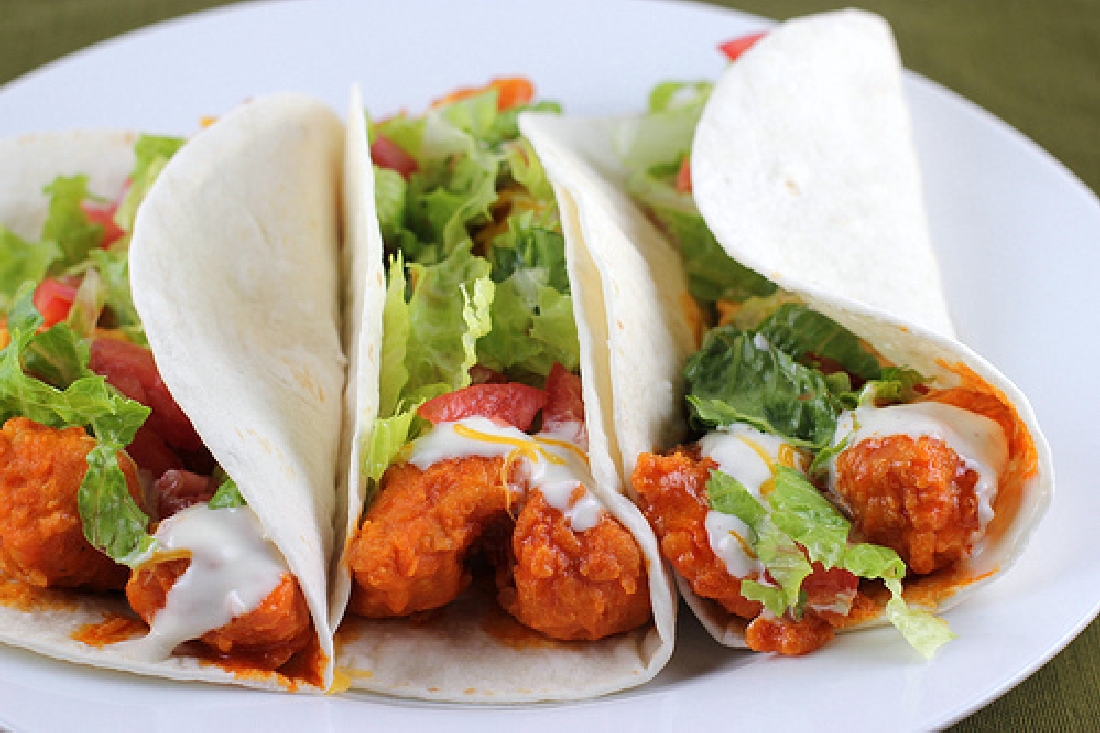 Chow, Baby doesn’t know what it was thinking. Sometimes an idea for a dining column ends up more like material for a horror story. Such was the case when I decided to eat exclusively at gas stations for a week — I lasted only two days.

Let’s gloss over some of the horrible places I visited and focus on my two positive experiences, while issuing a general warning against gas station fare.

A friend told me about Redneck Tacos (1050 N. University Dr.), located in a Shell station on the corner of University Drive and Jacksboro Highway. A wall separates the restaurant from the gas station, so strictly speaking, the place is attached to the Shell station, not in it. The woman at the counter explained that it was the sauce that made the tacos “redneck.” I was hoping she was going to tell me it was made in a bathtub with a good bit of the ’shine. But alas, it was a rich, creamy chile-infused sauce made properly in a kitchen.

On her recommendation, I went for the chicken taco combo ($7.99) with decent, if soupy, queso and two flour tortillas stuffed with giant breaded-and-fried pieces of chicken and slathered in the special sauce. I usually don’t go for gimmicky fare, but the pair of Goliaths were a delicious and filling “alt” taco experience. My guest went for the redneck burger combo ($6.99), which was also drowned in the signature sauce. The potato bun tasted fresh and would have been a nice compliment to the beef, but it completely overpowered the tiny patty. Still, my search was off to a good start. There’s a lot to like about Redneck Tacos, even if the joint’s sign does show a chicken with a red bandana and not a sunburned, politically conservative human. Everything tasted fresh, our server was polite and helpful, and the table-to-TV ratio is about two-to-one (there are only four or five tables).

The next place I went, based on some bad intel, wasn’t actually a gas station, but a small convenience store that captured the gas-station spirit. Ray’s Corner Store Burgers (1845 8th Ave.) has all of three tables, and only one of them was occupied when I wandered in on a recent weekday afternoon. The first thing I noticed after ordering at the counter was the décor. I have to give the nice folks who own the place credit for trying, but the Garden Ridge-type wooden signs printed with platitudes cracked me up, especially the one that read, “ live simply, laugh loud, speak kindly, etc.” Clearly they’ve never tried reviewing a restaurant. The second thing I noticed is that a surprising number of people buy beer in the afternoon at that place.

The burger combo ($6.99) wasn’t bad, but truly nothing special. It was a standard family-picnic bun, with pickles, lettuce, onion, and Ben E. Keith pre-sliced tomatoes. The patty was small, and I resisted the urge to douse it in cheese and chili from the weird machine that dispenses both.

When I imagined how this column would go, I thought I’d have some funny lines about places where you can get an “I’m with Stupid” hat, a lottery ticket, a tank of gas, and a decent breakfast burrito all in one stop. But the things I saw over the course of my final two visits would give even the most case-hardened health inspector post-traumatic stress disorder. My mission failed, but at least I discovered Redneck Tacos and a great place to get boozed up in the middle of the day.