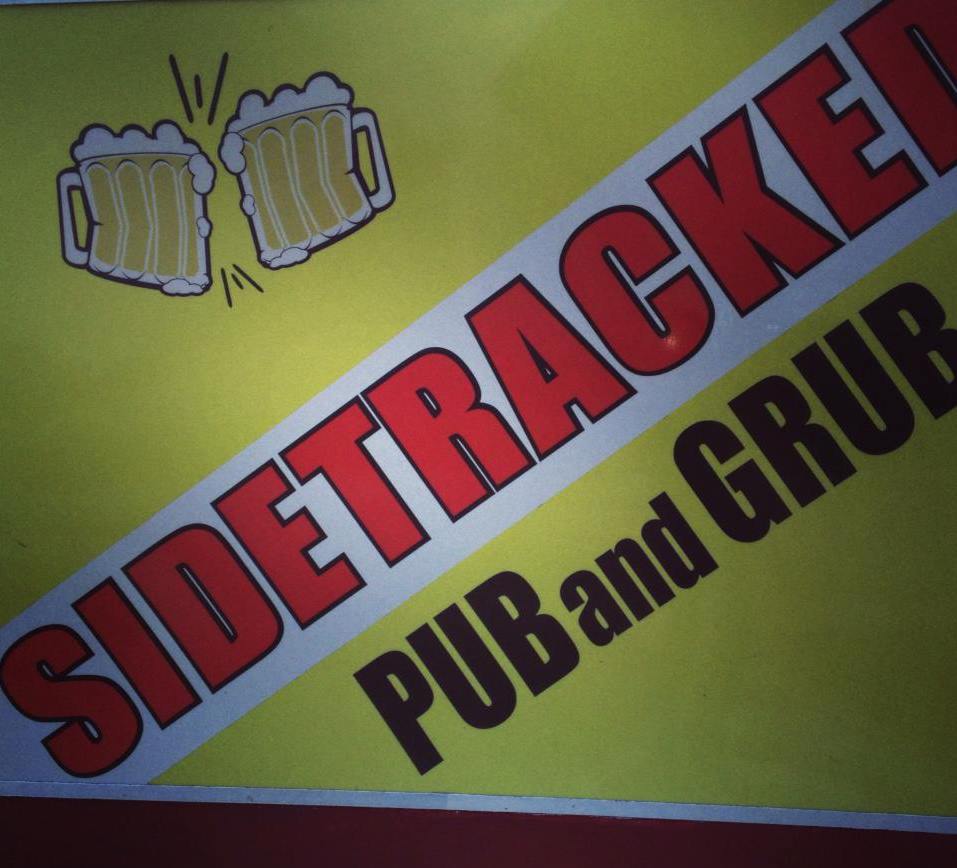 Are there any bars around here housed in an old Taco Bell? The reason I ask is because a.) that would be funny and b.) there’s a bar east of Hwy. 360 on Division Street that looks like it might have once been a Wendy’s. I guess I really want to drink among the ghosts of long-gone fast-food franchises.

That tell-tale solarium area and a copper mansard roof, its faded red paint flaking at the corners, are what make me think Sidetracked Pub and Grill comes from burger-tastic stock. Sidetracked also engages in the very Wendy’s-esque practice of grilling hamburgers, though I have no idea whether or not they’re cut into square patties. I ordered only fries.

What’s funny is that for a somewhat smoky dive bar, Sidetracked was cleaner than just about every Wendy’s I’ve ever eaten in. The fries, freshly cut and thick, were better too, and so was the service. The daytime barkeep, a green-eyed brunette named Madison, also tended to a handful of regulars, mostly old dudes with thick country accents, the kinds of guys who want cheese and “hallapeenyos” on their burgers. One gentleman, a whip of a man who looked kind of like Jack Shephard’s dad on Lost, ordered pancakes, which may sound like a weird thing to dine on in the afternoon but that’s only if you get out of bed earlier than lunch.

Apart from the  grill action, which also includes stuff like chicken-fried steaks, mini-tacos, jalapeño poppers, and even edamame, Sidetracked’s other resemblance to a Wendy’s is its seating: almost a dozen tables arranged, well, as if they were in a dining room. Beyond the tables and swivel chairs is a small stage bordered by a low rail. Abutting the stage is a wall of floor-to-ceiling windows masked by vertical blinds. Set into an alcove near the front door there’s also a multi-cade, an arcade-style cabinet full of arcade hits like Centipedes and 1942.

The Sidetracked Pub is pretty sweet. The bar counter, where I imagined the cash registers and part of the old kitchen used to be, is a large maple rectangle that dominates almost half the building. (Though I spied about a half-dozen taps, I went with a Miller Lite.) The wall adjoining the entryway is covered in giant mirrors. Taped to one was a flier for a queso cook-off on Sunday, Oct. 19, just FYI. The vibe was obviously neighborhood dive, even though the surrounding businesses are industrial parks, a motorcycle dealership, and a dying mall, because Arlington.

As the afternoon sun filtered through the blinds, I started to imagine how other fast-food buildings could be turned into bars. Would you keep the PlayPlace if you were opening a new club in an abandoned McDonald’s? Where is the best spot for a stage in an old Dairy Queen? If the Royal Falcon ever opens a sister bar, will it debut inside a former Taco Casa? Could a Long John Silver’s become anything but a pirate-themed bar? In the wake of aesthetic trends like reclaimed wood and Etsy-dorable machine-shop chic, a bar breathing life into a derelict Pancho’s sounds like a wonderfully tacky left turn. If that sounds interesting to you, get distracted at Sidetracked. They’ve been doing it since before it (possibly) became cool. –– Steve Steward