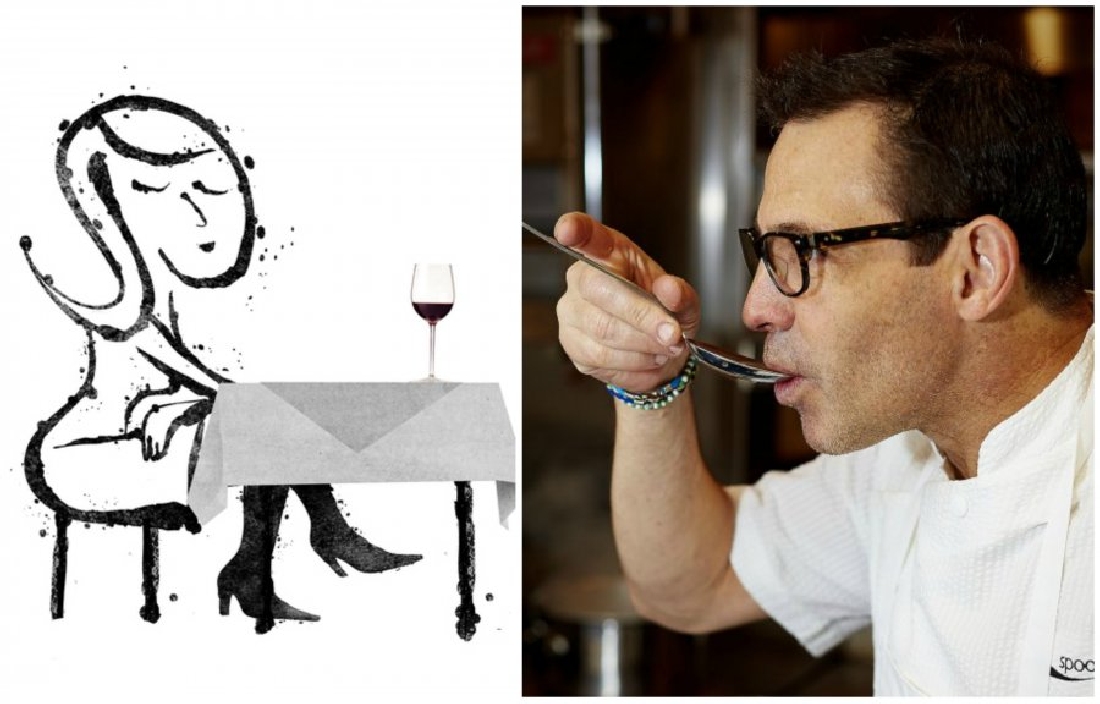 The recent bizarre drama centering on Dallas Morning News food critic Leslie Brenner got Chow, Baby to thinking about the relationship among restaurants, their customers, and news outlets. The rise of social media, celebrity chef culture, and DIY populist restaurant-review blogs like Yelp and Urbanspoon has begun to change that relationship. Angsty celebra-chef John Tesar’s well-publicized fit of pique aimed at Brenner has highlighted that change and made me wonder whether food critics are really necessary anymore. Spoiler alert: My answer is a resounding yes. Shocking, I know.

When Brenner, who is a reputedly tough — but in my opinion fair — critic, gave Tesar’s steakhouse, Knife (5680 N. Central Expy., Dallas), only three stars out of a possible five, the Top Chef castoff went on a profane Twitter tantrum and, with heels still drumming on the floor, banned Brenner from all of his restaurants.

But it was Brenner, not Tesar, who experienced a backlash. The Twitter-verse collectively fist-bumped the Dallas chef. Other restaurateurs and social media jackals smelled blood in the water and piled on. Michael Martensen and Sal Jafar II, owners of Proof + Pantry (1722 Routh St., Dallas), ratcheted up the Brenner-bashing when they refused to allow her to pay on her next visit to their joint — a ploy they believed would keep their restaurant off her radar. The owners later told the Dallas Observer that it wasn’t the review they were trying to avoid but rather the star rating system.

The real issue here is that the John Tesars and Michael Martensens of the world believe they have some sort of veto over their restaurants being reviewed. I’m sure some local politicians would like to opt out of Fort Worth Weekly’s coverage of city hall, but then who would keep them honest? When I go to a restaurant, especially one that charges hefty prices, I feel like I’m on patrol to protect my readers and their hard-earned money.

A restaurant critic’s job is to inform the public the same way a music, theater, or art reviewer would. Ideally we go in without bias and judge the place based on its ability to execute its own vision, with no regard for who the chef is or how many quick-fire challenges he or she has won on TV. We certainly don’t, and shouldn’t, take into account the potential for social media fallout or lost ad revenue.

Not that Brenner is without fault. One D Magazine commenter joked that every restaurant in Dallas has a picture of her hanging in the kitchen — an exaggeration of course, but when your face is that well known, it’s almost impossible to be sure you’re not getting treated better that the average Joe or Jane.

All of which reminds me of an incident from my days as a server at a long-shuttered restaurant, when Fort Worth Star-Telegram writer Bud Kennedy came in for lunch. The owner of the place personally inspected each ingredient that went into his food and chose the best morsels of everything for him. As far as I know, Kennedy never wrote about his experience that day, but I imagine Brenner gets the same treatment. So how can she tell if she is getting the same food and service her readers would?

With social media, chefs and restaurant owners get to interact with their customers in a way they never have before. And those review sites give customers a voice they’ve never had — even if it’s a little too easy to stuff the ballot with fake reviews.

So where does that leave food critics? I happen to think it leaves us where we’ve always been: providing fair, knowledgeable, and — as far as we can manage — unbiased reviews. Readers can decide, as they always have, whose opinions to believe.