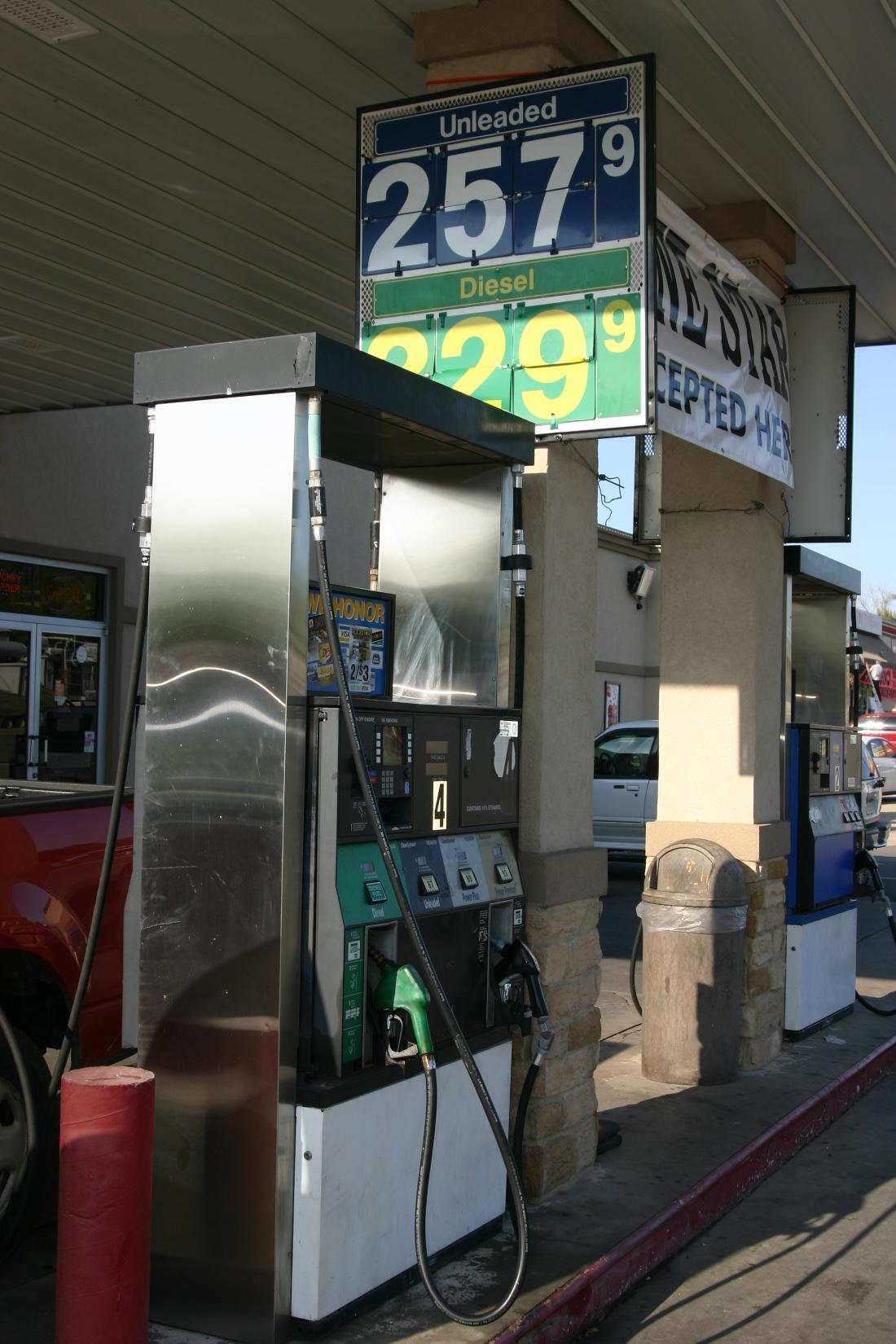 My favorite gas station on Jacksboro Highway is selling gas for $2.57 a gallon today, the lowest price I’ve seen at the pump in a long while.

I’ve been filling up at this gas station for years, and I’ve always wondered about the tire shop across the street. The signs say “ERNIE’S” but the second “E” has been covered up with paint on both signs, leaving “ERNI ‘S.” 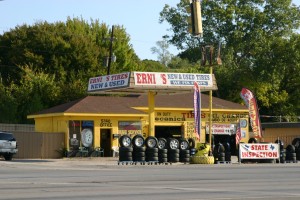 Did the sign maker misspell a name? Did another Ernie file a legal injunction? Did the owners have a falling out? What would prompt someone to cover up the second E’s on the signs?

My truck needed an oil change so I decided to kill two birds with one stone — get ol’ Betsy lubricated and running smoothly, and solve the mystery of Ernie’s, not that I’d ever kill a bird with a stone unless I was on Survivor or something.

A man with a ponytail approached me as I got out of the truck, but he seemed in a hurry to get started so I decided to hold off on the investigation. I went inside the shop and noticed a stack of business cards on a counter. “Ernis Tire Shop” was printed on front.

A man with a Middle Eastern accent sat behind the counter. The conversation went something like this:

FORT WORTH WEEKLY: Are you Ernie?

GUY BEHIND COUNTER: No that’s my brother.

FWW: I get gas across the street and I’ve always wondered why someone covered up the second E in your signs.

FWW: His name is Ernis?

GBC: No, the sign was already there when he bought it.

FWW: So the guy who owned it before was named Ernie?

FWW: The guy who used to own it was named Ernis too?

GBC: No it was a gas station and now it’s a tire shop.

FWW: Is there now or was there ever an Ernie who owned this place?

FWW: So the place was called Ernie’s at one time, and the previous owner changed the sign to “Erni ‘s,” and then your brother who is named Ernis bought a place already named Ernis?

GBC: (Looks at me with frustration, having grown tired of this impromptu Who’s On First routine. The sound of tires squealing outside gave him cause to go take a look and end our conversation).

About that time Mr. Ponytail walked inside the office.

FWW: Well, did she survive the surgery?

MR. PONYTAIL: (Looks at me with blank stare). What?

FWW: Did she survive the surgery?

So there you have it, the mystery of Erni ‘s is solved. Clear as rain. Yep.