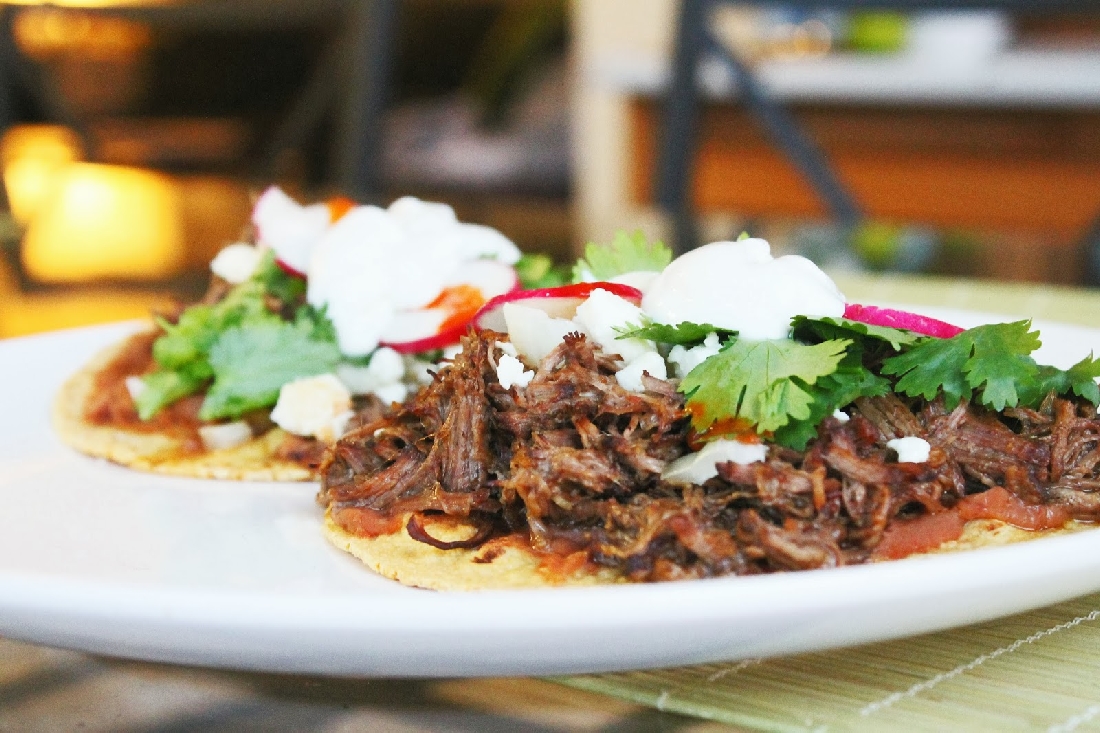 Chow, Baby’s pal from Los Angeles came into town for the Lone Star Film Festival and wanted a guided tour of the “real Fort Worth culinary experience.” Of course, having done this dance before, I know she really meant: “all the schmaltzy Western eateries you can cram into a weekend.” There are still people in the world, my friend included, who think every Texan outside of Austin rides to work on a horse while shooting our pistols in the air. Never one to ruin a good fantasy, I felt obliged to take her to the cowboy theme park known as the Stockyards.

Our first stop on the tour de tourist was Cattlemen’s Steakhouse (2458 N. Main St.), where she marveled at the many pictures of prize-winning bulls that hung on the dark wood-paneled walls, like the ghosts of sirloins past. She was also enamored with our hostess, who referred to us as “y’all guys.”

Cattlemen’s is like the John Wayne of steak houses. It’s uncomplicated, good, and unflinchingly authentic. The lunches come with a dinner salad and your choice of potato style. I consider chicken-fried steak to be something that most people order when they don’t know what they want, but my L.A.-bred friend had never had it before ($11.95) and ordered the dish out of curiosity. This version was standard issue, but of superior quality, with tender beef and a crispy batter. The gravy was a little thin, but it was peppery and tasty. My baseball-cut steak ($18.95) was a perfect medium rare, impeccably seasoned with salt and pepper, with nice grill marks.

After lunch, we headed next door to Booger Red’s (105 E. Exchange Ave.) to sit on the saddle barstools and enjoy Buffalo Butt beers served in an ice bucket. My friend was in kitsch heaven, but I wasn’t sure if she was laughing with or at my beloved city.

Having seen Chef Tim Love on television, my friend wanted to try one of his restaurants. So we swung by the Love Shack (110 E. Exchange Ave.) for dinner. I thought the Dirty Love Burger ($6.24) was a must-try, since its meat is a Texas-sounding mix of succulent tenderloin and brisket. The Love sauce and quail egg elevate the messy dish, but it’s hardly a pinky-out affair. My guest loved it as much as she did the cowboy hat collection at the next-door White Elephant Saloon (106 E. Exchange Ave.).

Though it required leaving the Stockyards, I was glad I took my Hollywood homie to Angelo’s Barbecue (2533 White Settlement Rd.) because she took a shine to it  –– especially the stuffed bear at the entrance and the dozens of animal heads hanging on the walls. The rib plate ($13.95), we agreed, was no joke. The meat on the glistening, crisp-skinned ribs shimmied off the bone at the slightest touch. The accompanying sauce had a flavorful, vinegary tang, though it was a little thin for my taste.

After two days of eating our way through touristy joints, I wanted to end on a more authentic note. We dropped by Dos Molina’s Restaurant (404 NW 25th St.), a hidden gem on the outskirts of the Stockyards. I talked her into a barbacoa plate ($7.79), because I thought the spicy shredded beef’s chewing-tobacco appearance would shock her. As it turned out, I had underestimated her threshold for dark and oily meat. She devoured the tender, juicy version at Dos Molina’s like a starved goat at a compost heap. It was disturbing to watch.

She left our fair burg with a belly full of meat and having had nary a cucumber slice in her water for days. I don’t know how she’ll ever fit in with her soy latte and quinoa crowd again. I guess what happens in the Stockyards stays in the saddle.