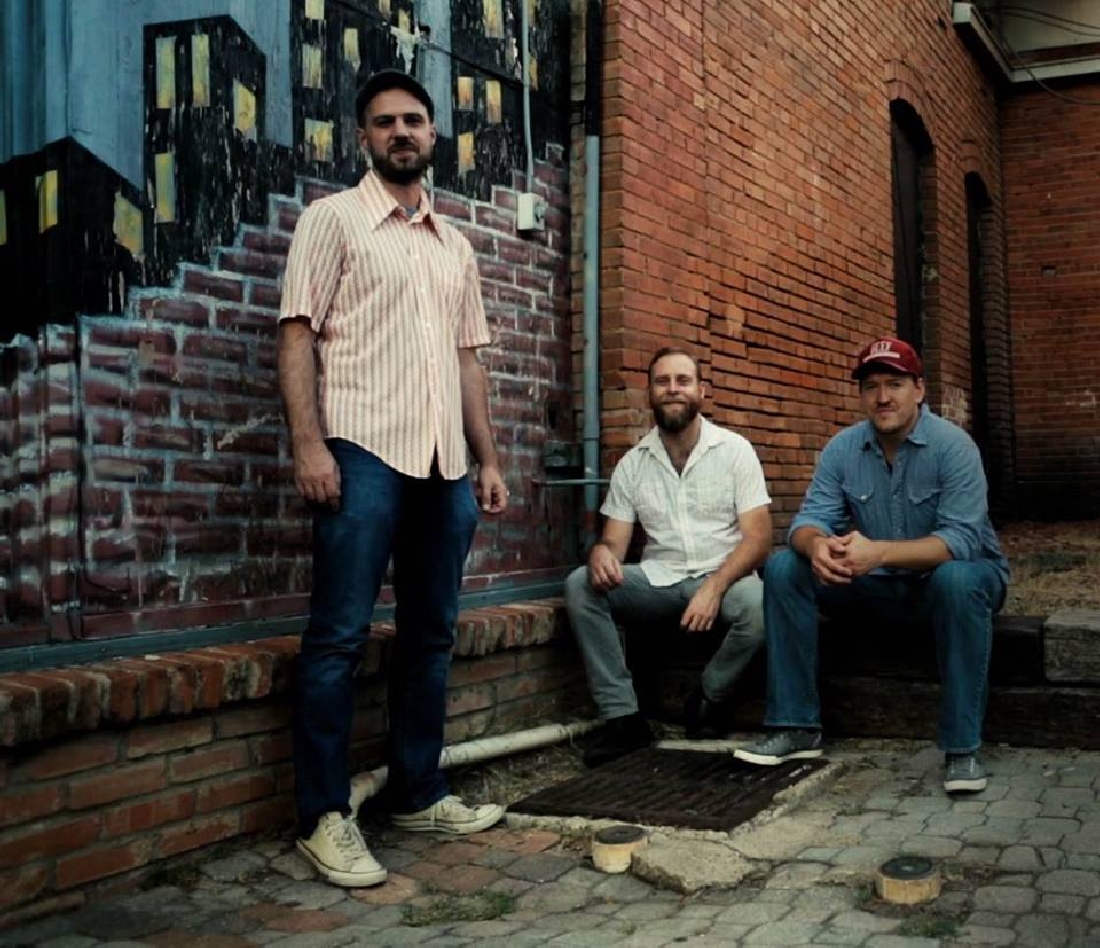 When Dallasite/Fort Worthians Oil Boom arrived a couple of years ago, they were doing the electro-blues thing that was popular at the time, thanks in no small part to the success of The Black Keys and, a tad earlier, The White Stripes. Perhaps listeners had grown tired of twee Coldplay and Death Cab for Cutie and wanted something that more accurately reflected life in our fractured, digitized, scary age. Now that blocs of download-happy listeners –– check that: “blocs of download-happy consumers” –– don’t matter as much as they used to even five years ago, bands can do whatever the fuck they want. And if the musicians are talented and uninspired by the pack mentality, what they want to do is progressive, borderline challenging, and pretty much unclassifiable.

So has Oil Boom matured, or is Oil Boom simply adapting? It really doesn’t matter, because the trio’s new album, Red Metal, is as gritty and raw as you’d expect but also so much more than just three chords and a cloud of dust. The breakdown on the ninth and last track, “Slow Going Down,” could have come from Moby Grape or Jefferson Airplane –– vocalist/guitarist/songwriter Ryan Taylor’s soloing (and there’s lots of it) is twisted, hyper-melodic, and totally fuzzed-out. “Scumsucker” has a rattling, locomotive funk edge (hello, Sly Stone!), and “Röckenröül,” with its rah-rah-rah singalong essence, is straight out of the Book of Joey Ramone. Red Metal also has a little bit of glam going on. “Von Boyage” has that lighter-than-air, trebly quality that defines a lot of T-Rex and Sweet tunes, and the title track, built around a call and response between Taylor’s vocals and a simple yet effective riff, driven by drummer Duggan Connors’ tribal toms and Steve Steward’s percolating bass, sounds as if it had been recorded in a Genesee Cream Ale can. The best tune may be a dance number. Recently selected as one of NPR’s best new songs, “The Sneak Tip” bounces and jives like something out of Quincy Jones’ basement tapes.

Red Metal began in February 2013 with the recording of a 7-inch at Electric Barryland, the Justin studio of producer/musician Jordan Richardson (a.k.a. Son of Stan). Richardson, Taylor said, “has been really supportive from the get-go. … He’s just a flat-out talented person whose musicianship we really respect. He is always psyched to play music, talk about music, listen to music … and that infectious enthusiasm is inspiring to be around.”

Taylor gives Richardson most of the credit for a lot of Red Metal’s uniqueness. “I get bored with my own ideas and approach,” Taylor said, “so to have this guy with a plaid hat that says, ‘SNARE’ on it go, ‘Hey, you know what would sound good here? A panther growl,’ was like a breath of fresh air.” (Red Metal does not have any panther growls on it, but you get Taylor’s point.)

The A-side of that 7-inch session, “45 Revolutions Per Minute,” is the first track on Red Metal. “It was always the plan to go back in and record a full album based around that single,” Taylor said. Recording wrapped up in August.

The goal now is multi-pronged. In addition to buying an island on which Steward can “open a chain of jerk chicken cabañas and hold court on Jimmy Buffett in front of an enraptured audience of cruise ship passengers,” Taylor said, Oil Boom wants to “tour nationally more this year and spread the local shows out a bit, but you never know how the year will unfold.”

And, Taylor added, he and his bandmates just want to “get better all around –– that’s always the main goal: finding new ways to evolve as a band and play off of each other.”