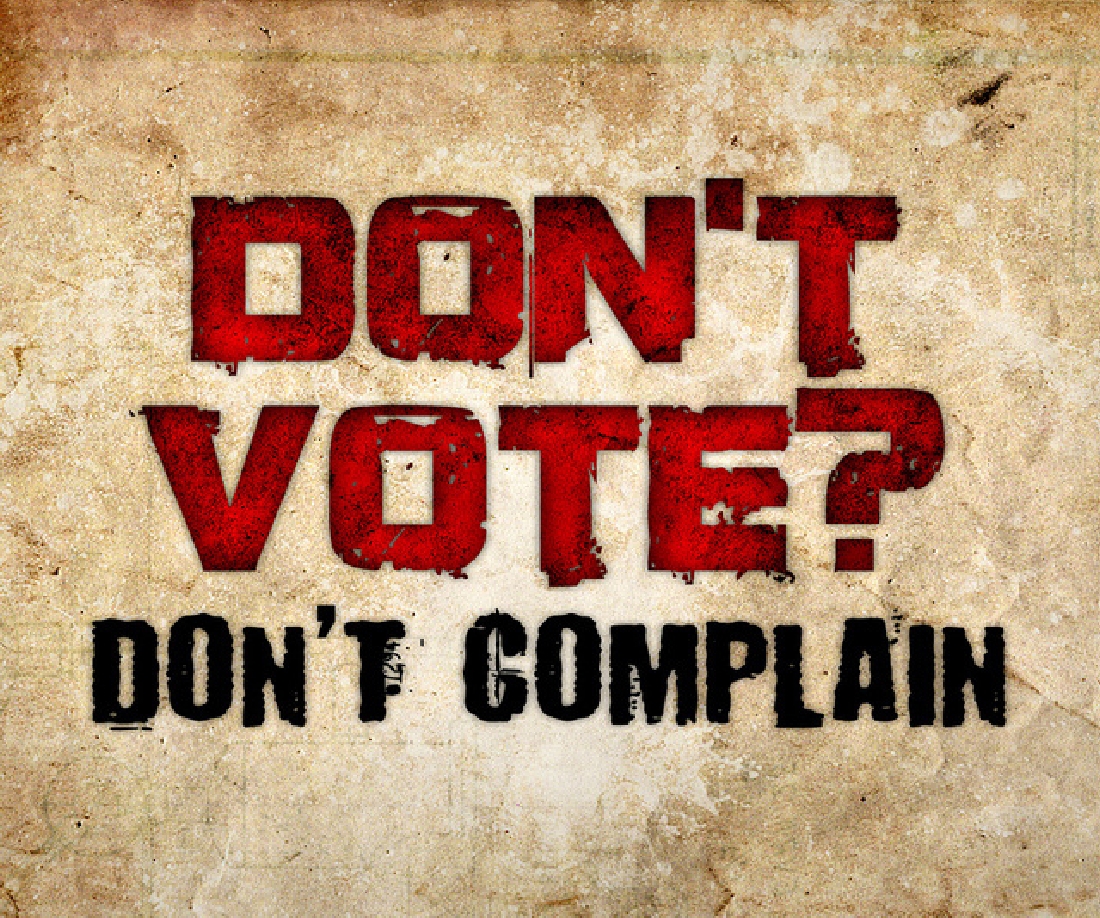 The elderly woman stood in her thin robe at the doorway of her modest bungalow, scratching the sores on her arm, a slight tremor traveling through her gaunt body.

“No, I’m sick of the government and all the things they’re doing,” she said, her voice cracking. “Oh, don’t get me started.”

This poor, frazzled woman could barely look me in the eye. Her gaze seemed to focus alternately just over my shoulder and on a spot just above eye-level on her doorjamb. It was a few weeks before the general election, and she was on my block-walking list for the North Side, so presumably she’d voted for Democrats before. But now I marked her as a definite non-voter.

I thought about the grab bag of pseudo-hysterical news coverage, much of it without context or common sense, that she and the rest of us had endured these past months. Surely that had something to do with her decision not to vote. No doubt Ebola, rumors of IS on the border, and god-only-knows-what-else were dancing in her head.

After the shellacking Democrats took in the midterms, President Obama said he’d heard the one-third who voted and the two-thirds who didn’t. Maybe we should all try to do likewise. This poor woman I talked with on a Saturday morning in October represents so many of those who chose not to vote.

Maybe before the political class commences with its usual horse-race commentary on the next big contest — it’s Rand on the outside pulling up next to Hillary — we could all take a step back and really think on what just happened.

My first take-away is how profoundly undemocratic mid-term elections are. In this go-round, 17 percent of the electorate — generally older, whiter, more affluent than the general population — got to change the course of our nation and perhaps our planet, effectively vetoing what a larger, more representative electorate OK’d in 2012. I don’t think anyone should feel good about that. And that’s as true now when Republicans are helped by it as it was in 2006 when Democrats made gains.

Please spare me the invariably misspelled e-mails along the intellectual lines of: “Hey libtard, go back to scool [sic]! We’re a Republic, not a democracy!” According to an esteemed political thinker, the late Robert A. Dahl, in “the 18th century the terms ‘democracy’ and ‘republic’ were used … interchangeably,” but both meant a representative dem-ocracy, what we deem ourselves to be.

What all good Americans should want, regardless of their political leanings, is to make this a more perfect Union, a democracy that more truly represents its citizens. So is our current political system — filled with gerrymandering, content-free campaigns, nausea-inducing attack ads, and the covert quid pro quo of dark money — the legacy we really want to pass on to our children? I doubt it.

If there’s anything central to keeping the United States a truly representative democracy, it’s the simple act of voting. I think it’s time we try an idea from Down Under: In Australia, if you don’t vote, you get a ticket. Surely voting is as much a civic duty as serving on a jury or paying our taxes. Since we already pay a fine if we shirk jury duty or dodge paying taxes, why shouldn’t we pay a penalty for not voting?

And, by all means, let’s do the opposite of our state, home of a voter ID law so blatantly designed to suppress the votes of the poor, college students, and minorities that a judge has ruled that it resembles an unconstitutional poll tax. We should instead make it much easier for everyone to vote. Other countries automatically register voters and declare election day a national holiday. Other reforms that encourage more voter participation, like mail-in ballots, instant run-offs, and proportional representation, are all well worth considering. But we must do something.

The U.S.’ low ranking in voter participation, 120th according to the Institute for Democracy and Electoral Assistance, is inexcusable.

Low voter turnout is truly something we should all be outraged by, rather than the scandals du jour offered up by hyperventilating cable news programs. Because there can be no true consent of the governed if so very few bother to vote.