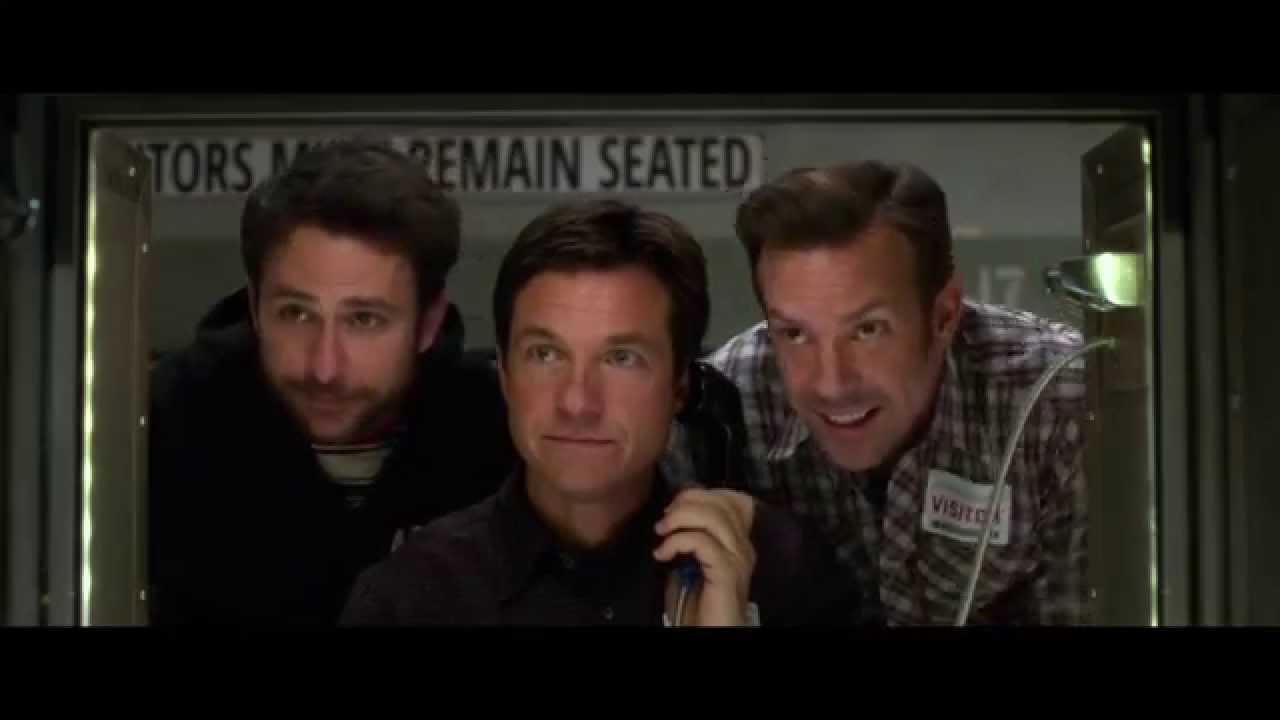 I was leery of Horrible Bosses 2, even though I liked the first one. You see, the director and the writers from the original have been replaced for the sequel, and the new director/co-writer is Sean Anders, who was responsible for the abomination that was That’s My Boy, though he also collaborated with co-writer John Morris on the not-terrible We’re the Millers. Unfortunately, the current film is closer to the former than the latter, a loud farce that’s so thick-headed it made me want to smack myself in the face with a two-by-four repeatedly.

Picking up where the original left off, former worker bees Nick, Dale, and Kurt (Jason Bateman, Charlie Day, and Jason Sudeikis) have decided to give up being employees and gone into business for themselves, inventing and marketing a time-saving shower device. Their product catches the eyes of a super-wealthy German retail mogul (Christoph Waltz) and his racist, assholish American son (Chris Pine). The rich investors promptly screw over our heroes, who contemplate kidnapping the son for ransom to extricate their company from its new financial difficulties.

It made sense in the original movie that Nick, Dale, and Kurt were ordinary white-collar workers who were out of their depth trying to hatch a criminal plot. Unfortunately, here these characters have become so stupid that you wonder how they’re able to put their clothes on facing the right direction. We have a hard time rooting for them when they keep giving the bad guys easy ways to get away with what they’re doing. Too many scenes devolve into all three guys talking at once, and the motor-mouthed, stubbornly uncharismatic Day is turned loose, which is never a good idea.

Plus, many of the laughs in Horrible Bosses emanated from the horrible bosses. While Waltz and Pine are game here, neither of them is as brilliantly nasty as their counterparts in the original were. Two of the aforementioned counterparts (Jennifer Aniston and Kevin Spacey) are brought back for the sequel, but their contributions are marginal. The same goes for Jamie Foxx as the heroes’ eccentric criminal cohort, Motherfucker Jones. The script winds up trotting out too many stale gay jokes and playing the Aniston character’s newly revealed sex addiction for laughs. That’s insensitive. Worse, it’s lazy comedy writing.

I’ll give this movie credit for a genuinely clever plot twist in the middle and an inventive bit during a car chase when Motherfucker tries to drive his car through a padlocked fence. Needless to say, those aren’t nearly enough to make Horrible Bosses 2 or its filmmakers deserve anything more than a pink slip.