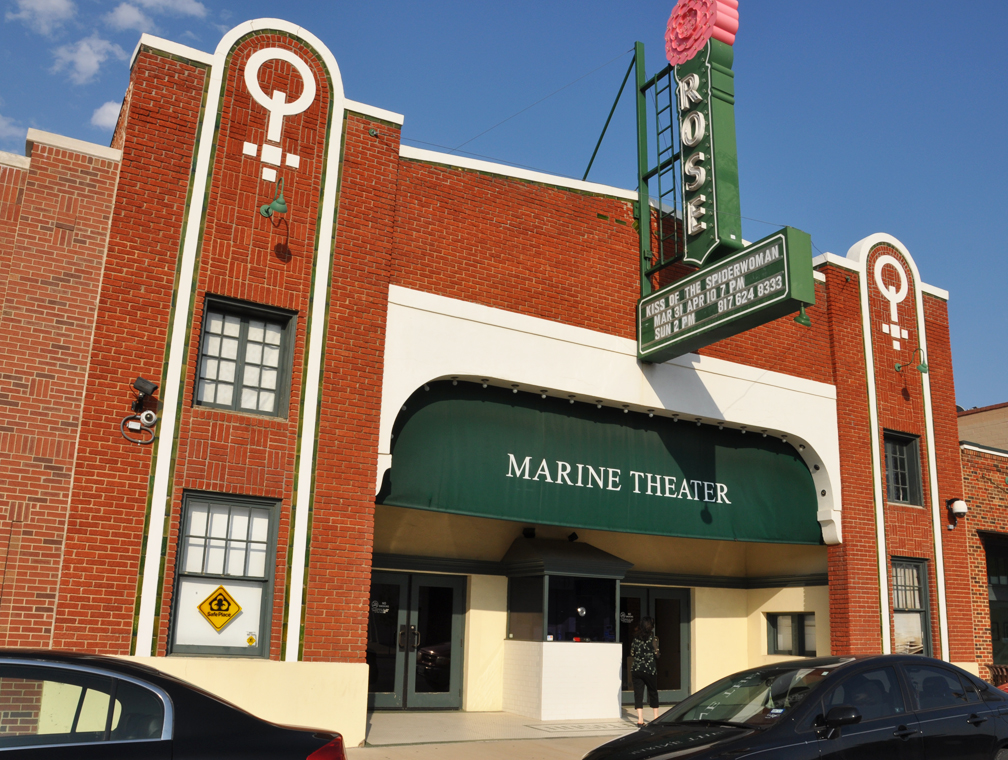 This is exciting news for the North Texas theater scene: It was recently announced that Artes de la Rosa, the performing and visual arts arm of Fort Worth’s historic Rose Marine Theater, would create a resident acting company named after the late city councilman Louis Zapata. Zapata, also known as “the father of the Rose Marine,” was a Northside community leader who spearheaded the theater’s transformation into a lively performing arts and gallery space. Over the last few years, the dramas, comedies, and musical adaptations helmed there by Artes de la Rosa artistic director Adam Adolfo have become audience and critical favorites, including In the Heights, Into the Woods, Cat on a Hot Tin Roof, and A View From the Bridge.
.
Adolfo, the recipient of a 2014 Visionary Award from the Fort Worth Weekly, has just released audition dates for performers both seasoned and inexperienced who want to join the Louis Zapata Resident Actors Company: Mon Dec 15 & Tue Dec 16, 6:15-10pm. Audition appointments are mandatory, so call 817-624-8333 or email info@artesdelarosa.org to save a spot. Actors should prepare 32 bars of a song and be ready for a cold read of a Shakespeare monologue. (It’d be even cooler if you showed up with your own favorite passage of the Bard memorized). If you’re just interested in auditioning for productions for the 2015 season, you can do that, too. Also, if the holiday season has left you in a time crunch, you can submit taped YouTube auditions to the theater.

One reason the idea of a resident Artes de la Rosa acting ensemble has such potential: Memories of the informal resident actors’ stable that the late artistic director Rudy Eastman maintained at Jubilee Theatre. For more than two decades, Eastman’s singers and actors became Fort Worth stage celebrities, with ticketbuyers returning again and again to see their favorites in new and surprising roles. I’m sure Adolfo has his own vision for what he wants the Louis Zapata Resident Actors Company to achieve, but given his impressive track record with both daring and traditional shows at the Rose Marine, the expectations will be high.